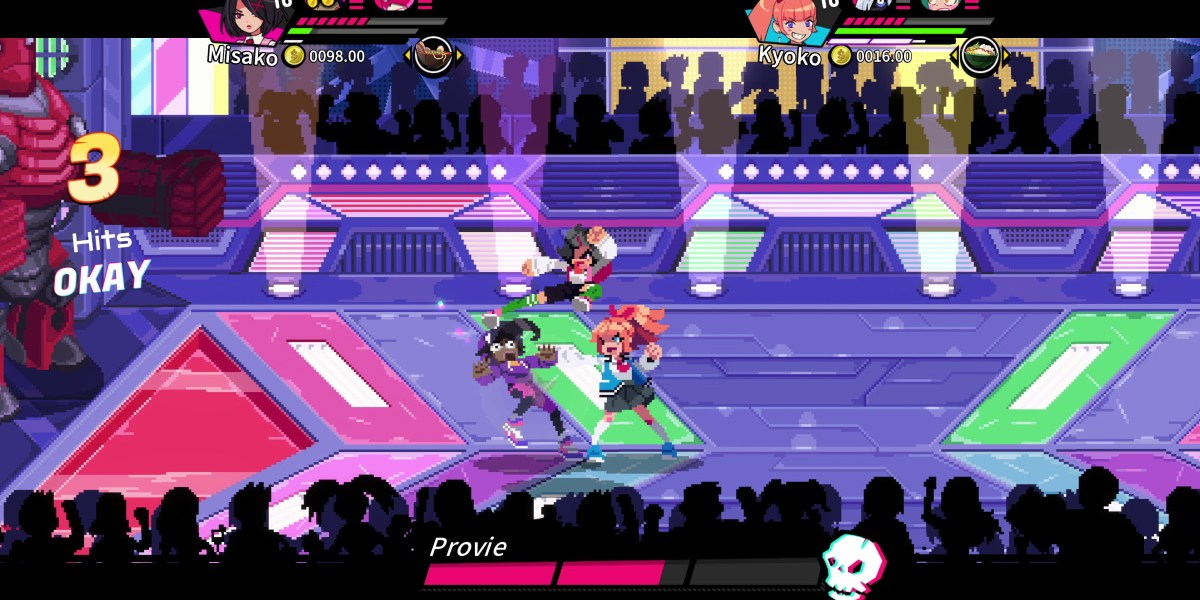 River City Girls 2 will finally be out tomorrow, but not for you if you’re living in the West. Developer WayForward announced via Twitter that the Japanese/Asian version of the game launches on December 1, with help from Arc System Works. However, the Western version still needs “a bit more time in the oven.” It’s been a tough wait for fans, who initially anticipated the game to launch during the summer of 2022. Instead, River City Girls 2 will see a release in the West (hopefully) sometime later in December.

The official release date for River City Girls 2 in the West isn’t clear. WayForward states it’ll launch ‘before the end of 2022,’ which could mean days or weeks from now. There may also be a slim chance we’ll see it in early 2023, but that depends on how much longer it needs to bake. WayForward also didn’t specify the reason for the difference in launch times, only writing that it wants to “deliver the best, most full-featured experience possible.” The company says it’s “expecting” to hold to the new launch window, but promises it will announce any changes.

“As of now, we’re still expecting to launch the game before the end of 2022,” the team wrote on Twitter. “When we have an exact date nailed down, or if anything changes, we’ll let you know. We know you’re all eager to battle your way back through River City in this brand-new, skull-cracking adventure, and we’re just as eager for you all to play it! Thanks for your patience.”

River City Girls 2 follows up the popular 2019 beat ’em up, allowing you to pair up the original protagonists, Kyoko and Misako, with some newcomers. Their boyfriends, who had to be rescued in the original, are playable in the game. The four are joined by Marian and Provie, and the cast of two moves to six. And since the roster has expanded, the game will also include four-player co-op modes. The sequel is certainly shaping up to be bigger and badder than the original. Hopefully, we’ll be able to hit the mean streets of River City soon.