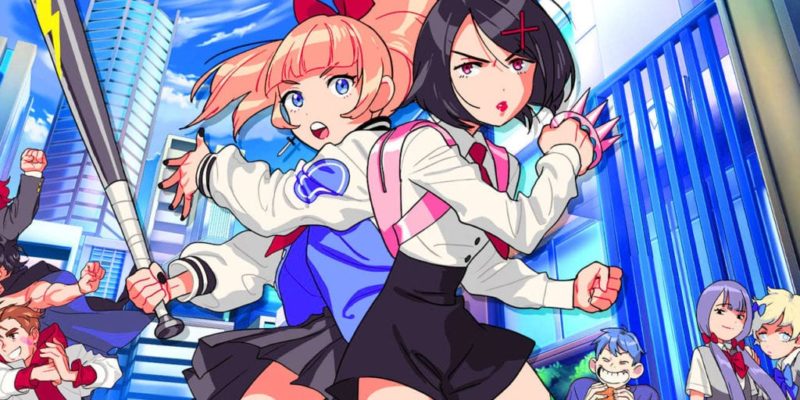 Despite being a cult hit on the NES, River City Ransom has grown into quite the large franchise. One of the very first games you could consider “open-world,” Ransom was overlooked in its heyday for being weird and different. Through fans keeping its legacy alive, there are now so many sequels, spin-offs, and reimaginings that you’d be forgiven for assuming the original was a massive hit.

None of those continuations really captured what made the original so memorable. That is, until the release of River City Ransom: Underground in 2017. Funded through Kickstarter and created by a team passionate for Ransom‘s roots, it felt like the first proper sequel to the trendsetting beat-em-up from nearly 30 years prior. A modest success, Underground gave its lead developers a chance to create an even better sequel.

Enter River City Girls, a follow-up backed by WayForward with key members from the Underground team helping out. Having the chance to beef up what worked before and excise what didn’t, River City Girls feels like not only an homage to the past but a real evolution of what makes beat-em-ups so addicting in the first place. The first thing one will likely notice about River City Girls is that the grittier art style from past River City titles is gone. Think of this more as River City meets manga, because everything is colorful, over-the-top, and bursting at the seams with personality. River City definitely had a quirky charm and never took itself seriously, but Girls is a more extreme version of that already goofy original.

The plot, this time, focuses not on Kunio-Kun (the main protagonist from most of the previous entries), but rather on his girlfriend Misako and her best friend Kyoko. The two are scouring the streets of River City in an effort to rescue their boyfriends from the clutches of an evil gang. Wasting zero time, the two leave detention and immediately start busting heads before exiting the school grounds.

Unlike past games, which had text boxes to convey their stories, Girls employs manga cutscenes with full-on voice acting. That could have been a real disaster, but the personalities on offer are so much more fleshed out than previous entries that you can’t help but get sucked in. Obviously, Misako and Kyoko will be chatting you up the most, but practically every character you’ll encounter gets some form of voice acting.

I wish I could say the entire English cast was solid, but WayForward decided to go with some popular YouTubers and Twitch streamers. So, the results are mixed. Legendary figures “The Game Grumps” put in decent performances in their bit roles, but some others sound a little untrained or amateurish. It happens to fit with the style of teenagers going on a rampage through a city, but it can often grate like a bad dub job in anime. It’s never distracting, though, and the writing quality definitely elevates the sometimes shaky voice acting. 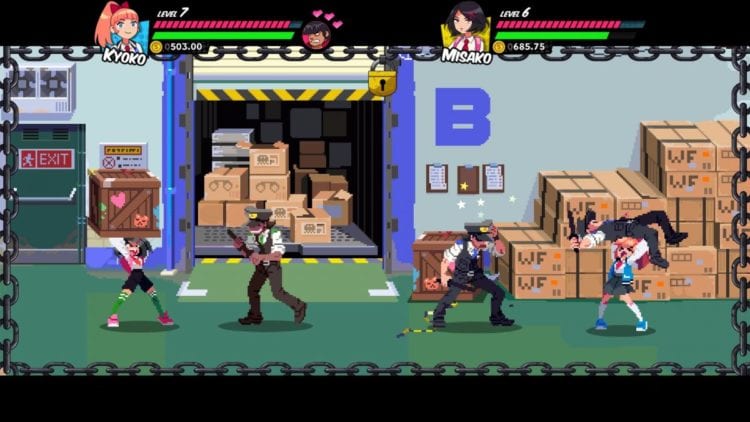 Regardless, you’re likely not picking up River City Girls for a compelling story or deep characterization. That the game even has some of that is nice, but it’s the icing on the cake to this fisticuff dessert. If you couldn’t tell from the intro to this review, Girls is a beat-em-up in the vein of the NES original. While always paying lip service to the silliness of that game, Girls feels like an evolution of what was previously possible.

Running with the upgrade system that Underground expanded, Girls gives each of its playable characters an entire move-set to unlock. As you level up, you won’t directly gain new moves, but rather the ability to purchase them from the Dojos scattered about River City. Instead of being shackled to the constraints of the NES game, Girls opts to go in a more free-flowing direction, and it’s for the better.

Combat can be very interpretive in Girls. There are no set combo strings that you’ll mindlessly mash out once unlocking. You instead input different moves at different times to create makeshift combos. Some enemies are even susceptible to specific attacks, which gives you an incentive to mix things up. It’s also just a blast to start with a couple of standard jabs, kick someone into the air, then powerbomb them back to the ground.

Co-op takes this a step further by allowing one player to initiate a combo, stunlock their opponents, and then have friends finish them off. That seems to be what the “Hard” difficulty is balanced around, as well, since playing that solo will see an extraordinary amount of foes swarming the screen at times. It’s never too difficult, thanks to the inventory system and RPG mechanics that River City is known for. However, going solo on the tougher setting can sometimes see fights drag out a bit.

No time to waste 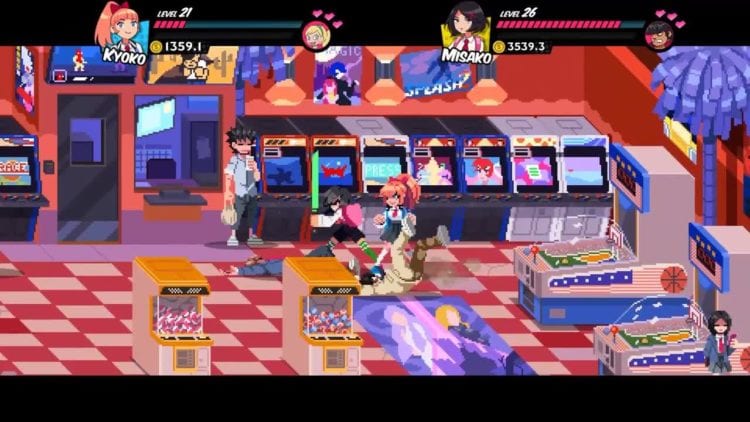 That said, unlike Underground, Girls has a better understanding of how to pace its adventure. While the semi-openness of the original is retained, a much more descriptive map screen has been included. Along with highlighting where your main objective is at all times, it also gives you an idea of where you might locate some secret rooms. This helps incentivize you to explore each nook and cranny, especially since you can find collectibles and small gauntlets to fight through. Mostly, though, it prevents Girls from artificially extending its run time, as you’ll always have a clear idea of where to head next.

Further aiding the pacing is a very generous checkpoint system. At the beginning of each screen, the game autosaves, so death will only put you back to the start of your current area. While that does sometimes have the side effect of letting you cheese out areas by dying to get full health, it does make the game hard to put down. Since losing only hurts your wallet (sometimes painfully, if you’re hoarding cash), it’s not the biggest issue to fall in combat and restart. It certainly doesn’t suffer from the backtracking issues that past titles have.

Not everything is perfect about Girls, however. There’s a recruiting system that lets you enlist the aid of enemies once you’ve roughed them up enough. While fine in theory, the execution never pans out as it should. The game tells you to press the Left Bumper to call them, but it seems to have a mind of its own as to whether or not they’ll actually jump in. Certain characters are also practically useless with their moves, leading you to ignore them when they surrender.

You can also unlock various pieces of gear to boost certain stats of your characters, but I never felt that any of the equipment truly benefitted me. Things like “Recover Stamina while walking” sound great, but they prove so subtle in their execution that I was left wondering if something was wrong. Perhaps I didn’t find the right gear, but I have to wonder if maybe those stats could be upped just a bit more to really feel the effect.

I’m also not so sure how I feel about the enemy variety. While each area gets unique sprites for foes to tango with, there is no purpose to them being colored differently. In other beat-em-ups, the color of an enemy usually denotes its strength relative to its counterparts. In Girls, enemies seem colored differently just for the sake of diversity. You end up prioritizing based on enemy design instead of color. Honestly, that’s fine, but it feels like a missed opportunity for a more gradual difficulty curve. 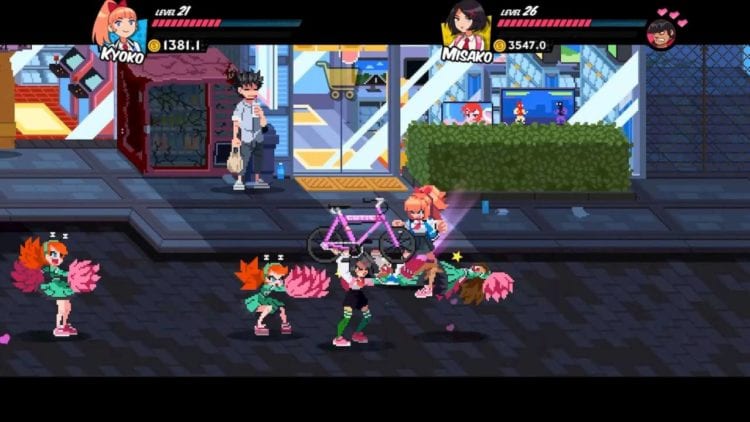 All of that said, when the music starts thumping and you’re taking on six chumps at once, River City Girls feels like one of the best brawlers ever made. It borrows heavily from those that came before (drawing a ton of inspiration from the fan-favorite Scott Pilgrim Vs. The World) but has so much polish and personality that it’s always a joy to play. The character progression is handled well, the boss battles are all unique, and the length doesn’t overstay its welcome.

I would have liked to see a better conclusion to this particular story, but I’m not displeased with the end result. As a matter of fact, I’m pretty confident in saying River City Girls is the best game to use the River City IP. It has a fantastic understanding of why people play beat-em-ups but typically avoids the pratfalls this genre can fall into. You can also pick up giant fish and smack people in the face with them. That makes this game good enough for me! 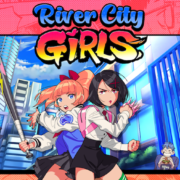 There's trouble once again in River City, and this time only the girls can save the day! Using a variety of attacks, weapons, and items, these hot-blooded heroines are ready to teach the city’s lowlifes a lesson - either solo or in 2-player co-op! It’s an old-school rumble for a new generation!
8

Smart City Plan is creating a greener environment in 2020