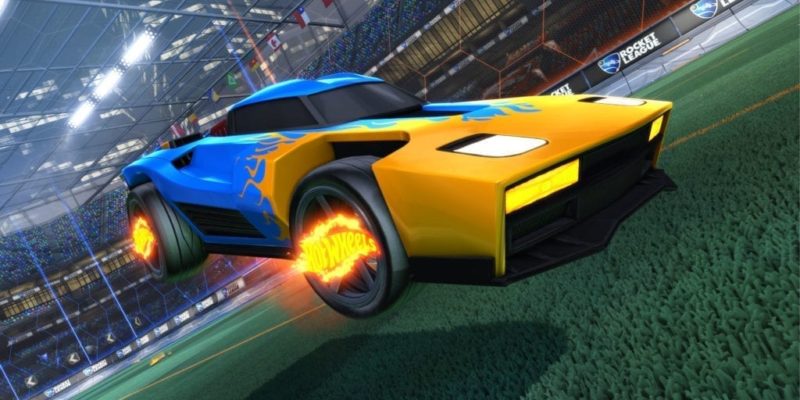 Rocket League is about to enter its ninth competitive season. As always, the change of seasons will be bringing a brand new update which includes a lot of new content. Here’s the rundown.

The upcoming update will kick off Competitive Season 9 with some changes to some specific game modes: Dropshots, Hoops, Rumble and Snow Day. The Competitive category will now include all of these game mode. This is good news for all of the competitive players out there since these modes will now count towards each player’s Rank standing.

Also included in the new update will be new music from Monstercat. Plus, it will have more adjustments to various mechanics and, of course, some bug fixes.

The next major feature of this new update is the new Hot Wheels DLC. Rocket League has teamed up yet again with the popular toy-brand f0r the new ‘Triple Threat DLC’ pack. It includes three new cars: the Fast 4WD, Gazella GT, and MR11. Along with the three new cars are three new toppers: Spider, Snake, and Gorilla. There are also some other new customization options to trick out all of your vehicles with some Hot Wheels-themed items. This premium content is coming to all platforms on the same day as the new update (September 24) for $5.99. You won’t, however, have to pay for the all-new Hot Wheels-inspired arena, called the Hot Wheels Rivals Arena.

Check out the trailer below to see the new cars in action! It also provides a look at the new arena.

After Season 9 begins, rewards for Season 8 will be distributed to all eligible players. So, while you’re waiting for the new update to go live, now’s the time to get your last bit of sessions in before Season 8 formally comes to a close so you’ll have a chance to get your hands on those rewards.

Resonance of Fate is heading for PC in new remaster