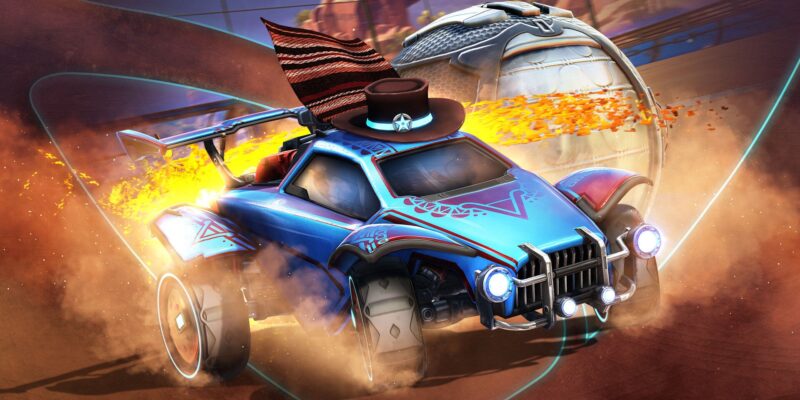 Psyonix has just revealed the theme for Season 4 of Rocket League — and it’s outlaws in the desert, inspired by the American West. There’s a new dustbowl of an arena, a new car body fit for a cowboy or cowgirl, and a new Rocket Pass loaded with cosmetics straight out of Westerns. Season 4 also introduces the expanded Tournament schedule to Rocket League, including 2v2 Tournaments.

There will be a game update on August 10 to pave the way for Rocket League Season 4. However, you have until 10:30 AM EST on August 11 to reach your dream rank in Competitive. Season 4 will then begin at 11 AM on August 11. So, just 30 minutes later.

The best shooter in the West

The car body available in the Season 4 Rocket Pass is called the Outlaw. Psyonix hasn’t shown a full shot of the car yet, but you can get a glimpse of the front wheel and hood in the teaser post on Twitter. You can check it out below. I think it’ll probably look a bit like the Octane, but with off-road trimmings.

The Rocket Pass will also include the usual 70 levels of rewards and the recolors beyond that. Some highlights mentioned in the announcement by Psyonix are the No-Name Topper, Tanker Wheels, Amikoo Decal, and Lava Boost.

Rocket League Season 4 also rolls out a new arena for players to enjoy. It’s called Deadeye’s Canyon and it’s about as dusty as they come. You can see it in the distance in the teaser trailer above. It looks like a cage in the desert, and I think it’ll provide a nice contrast to the existing arenas.

Season 4 also ushers in some other updates to the game. There will be a new audio setting for streamers that will prevent DMCA-restricted music from playing. If you are queuing for Competitive or a Tournament and you have fewer than three players in your party 3v3, you will need to be within three ranks of your party member.

Some changes are coming to casual matches. Players will be able to forfeit from Season 4 to reduce the number of players leaving. Plus, Psynoix is also adding matchmaking bans for players who continuously leave casual games. There will be no penalty for leaving one match per day. Beyond that, penalties will increase.

The Witcher: Nightmare of the Wolf trailer dives into the Trials, and tubs