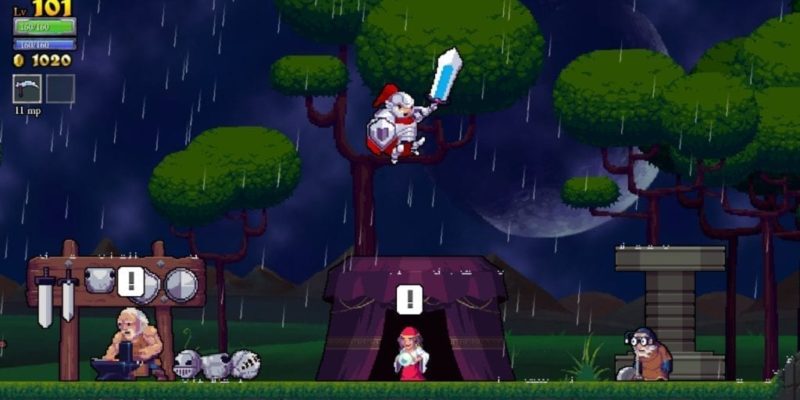 Dubbed the 5-year Anniversary Update, Rogue Legacy‘s newest version is now live on PC, Mac, and Linux versions of the game. The patch includes two new traits. Heroes with clonus will “have the shakes,” a reference to the medical term muscular contractions often seen during seizures. Prosopagnosia makes characters “bad with faces,” a trait based on a condition of the same name that’s categorized by an inability to recognize familiar faces. In addition to the traits are new donation boxes, which allow players to power characters up to take on challenging remixes of the game’s bosses.

The update’s launch also the Thanatophobia achievement. To unlock it, you’ll have to complete Rogue Legacy in fifteen lives or less. It’s an apt name for a considerable challenge, considering Thanatophobia means “fear of death.”

The patch includes quality-of-life updates, too. Colorblind modes and new translations round out the new content. For a complete list of features and tweaks added to Rogue Legacy this week, check out the official patch notes.

Hitman competition allows winners to insert their likeness into HITMAN 2