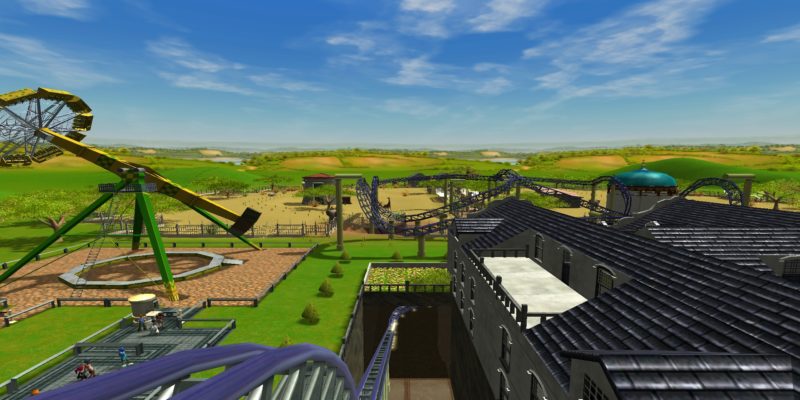 First released in 2004, Rollercoaster Tycoon 3 is a classic that is sure to steam up the nostalgia glasses of any veteran tycoon player. At the time, it was arguably the best tycoon game ever made, but that was a long time ago. Fourteen years later, and we’ve since been treated to titles like Planet Coaster which makes this classic look dated.

Those with a sharp memory may be wondering why this even exists. After all, the Platinum Edition of Rollercoaster Tycoon 3 was already released onto Steam many years ago. Long story short, that was published by Atari who didn’t provide developer Frontier the royalties it was owed. Now, Frontier is self-publishing the game on Steam. So if you know that you loved the original, this is a great opportunity to show support for the team that made it.

What is the Complete Edition?

The Complete Edition of Rollercoaster Tycoon 3 is a relatively similar product to that of the previous Platinum Edition. It comes with the base game along with Tycoon 3‘s two primary expansion packs, Soaked and Wild. Soaked adds a plethora of water rides and pools while Wild adds the ability to make zoos and safari parks.

And these are real expansion packs. Not the half-hearted pieces of downloadable content we tend to see in newer games. They both add over 50 new rides, a plethora of new coasters to choose from, and a ton of options to customize your park. 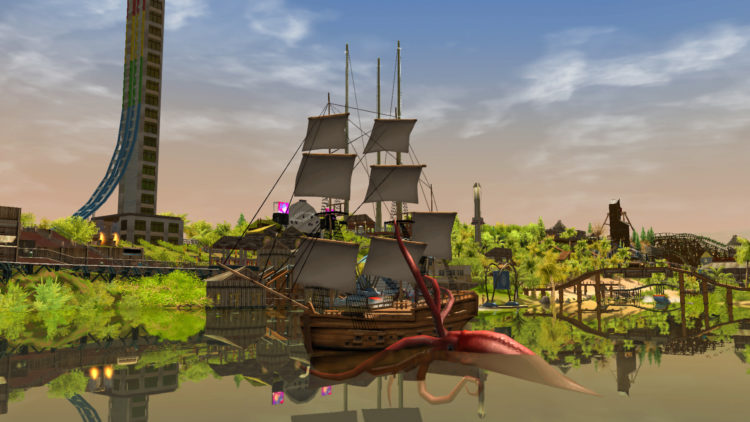 Want to create a pirate-themed park? Or what about one modeled after Atlantis? How about a safari zoo instead? RollerCoaster Tycoon 3‘s expansions make all of this possible.

Unlike the Platinum Edition, the new Complete Edition makes a good effort to modernize Rollercoaster Tycoon 3. There’s native support for resolutions up to 1080×1920, vastly improved compatibility with newer systems and OS, and it’s easily accessible through either Steam or the Epic Games Store. Speaking of which, the Complete Edition will be free on the Epic Store for the first week of its release.

Just to be completely clear, this is not a remaster or a remake. Although the visuals are sharper thanks to the resolution increase, this is still fundamentally the same game you could have purchased in 2004. It’s just slightly more optimized, comes with the expansions, and looks a little sharper. That’s all there is to it.

The test of time

With any game this old there will likely be fair concerns about how well it holds up. For the most part, I’d say it does so fairly well. The usual culprits that make older games unplayable like awful camera controls and ugly visuals are nowhere to be seen. While RollerCoaster Tycoon 3 is by no means a good looking game in 2020, I’d argue that it’s colorful, slightly cartoony aesthetic has aged better than expected.

That’s an impressive feat considering that this was the first 3D game in the franchise. Although by 2004 developers had a clearer idea of how to make 3D visuals look good compared to the 1990s, most other games of this period still don’t fare overly well. Just take a glance at Driv3r or the original Far Cry and you’ll see what I mean. 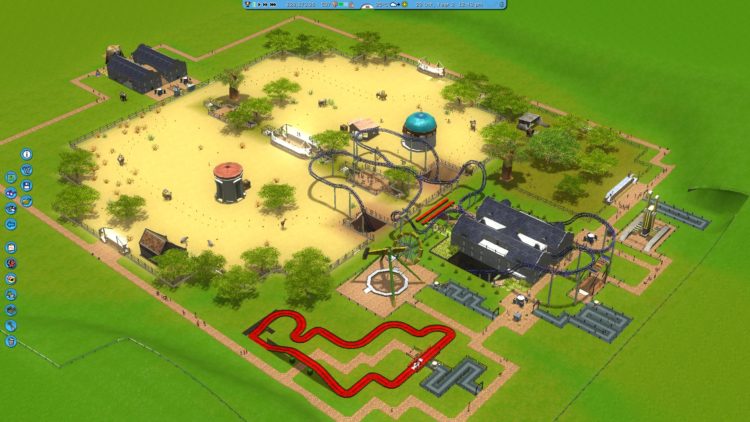 With everything cranked up RollerCoaster Tycoon 3 doesn’t look too bad given its age. At the very least, it’s perfectly playable.

The same can not be said for Rollercoaster Tycoon 3‘s user interface. Frankly, the UI sucks and is far too convoluted. I’m sure after hundreds of hours of play you’d learn where everything is but for newcomers, there is a steep learning curve.

I often found myself having to hover over a sub-menu, wait for the tooltip to tell me what it was, find out it wasn’t what I wanted, and repeat. Even when you finally find the right thing and begin building your rides, it’s no less frustrating. The biggest problem I found was the lack of shortcuts. You can’t CTRL + Z to undo a change or CTRL + F to search for rides. This isn’t too bad in the early game, but once you’ve unlocked more rides it becomes a hassle locating just about anything.

The main front in which Rollercoaster Tycoon 3 excels is the sheer freedom it provides players to work with. Be it coasters, race tracks, animal enclosures, or water slides, you can create just about anything. And although the tools provided to do so are far from flawless, they do hold the potential to create some genuinely breathtaking theme parks.

I’m not talented enough to make the most of these tools but a search on YouTube will tell you all you need to know. Despite its age, Rollercoaster Tycoon 3 manages to deliver a level of creative freedom very comparable to that of its successor, Planet Coaster. 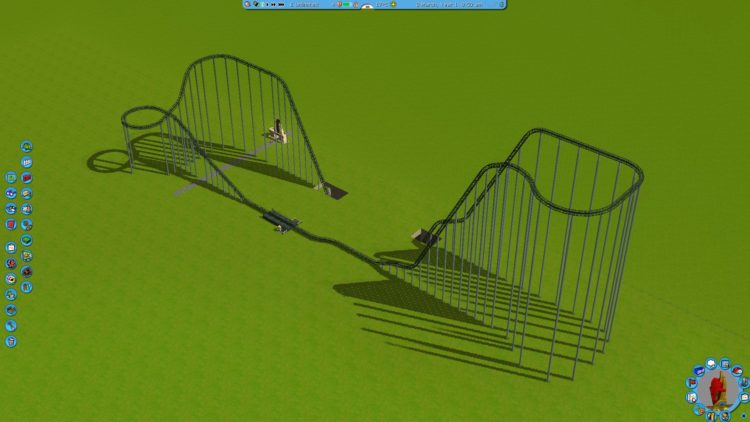 If you’re the chaotic evil sort, you’ll be happy to hear that you can still create vomit-inducing death coasters.

Overall, it falls slightly short because RollerCoaster Tycoon still relies on a grid-based system and the size of your parks is relatively limited. As for which of the two is a better product, it’s debatable. Certainly, Planet Coaster is more visually appealing but effectively concedes by having a defined progression system in order to optimize the creation process.

In comparison, RollerCoaster Tycoon 3 has three separate campaigns: one for the base game and one for each expansion pack. These link together well and have you learn a new mechanic or take on a more difficult challenge each time. This was a huge selling point for me as I prefer working towards a set goal rather than jumping into Sandbox mode and arbitrarily building rollercoasters. Although for those who want exactly that, the tools are very much still there to do so.

All things considered, I had a fun time playing Rollercoaster Tycoon 3: Complete Edition. Unsurprisingly, most of the flaws present in the original game are still there. However, all of the positives have stuck around too. This isn’t exactly the dream-worthy remaster I’d have loved, but it is a faithful relaunch of a Tycoon classic that now actually runs properly on modern machines.

The caveat is that its launch price of $19.99 on Steam puts it in direct competition with Parkitect, a game that is the closest to a true successor you will find on the market. Is RollerCoaster Tycoon 3 a better game than Parkitect? Not really. So if I were you, I’d either look to pick it up on the Epic Store while it’s still free or purchase it because you specifically want to support Frontier Developments.