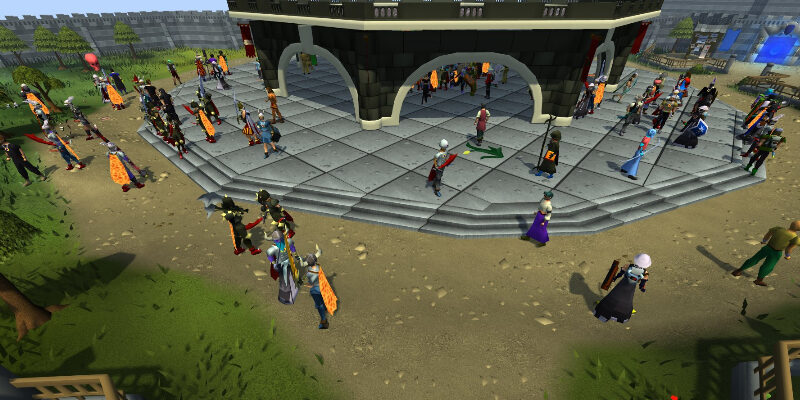 Following yesterday’s Reddit topping news, RuneScape developer Jagex has partially backpedaled on its initial statement. As posted on the Old School RuneScape Twitter, the RuneLite HD client is likely going to be allowed in some form. The exact details are currently unknown as discussions with the RuneLite HD developer 117Scape are still ongoing.

According to the post, Jagex is investigating the possibility of allowing RuneLite HD to be used “as a bridge,” until the official in-house HD client is finished. It also goes on to state that it needs “to do better in providing a clear vision,” for what is in store for the official client.

Old School RuneScape differs from most games as it has several clients that players can choose to play on. Although they all share the same game content and servers, these clients provide advantages over the client provided by Jagex.

For example, RuneLite features an internal quest helper that assists players through quests. If playing on the official client, a guide on an external browser would have to be used instead. Jagex has begun to address this with improvements to its Steam client, but there’s still a long way to go.

The limitations of the official client have caused a large chunk of OSRS‘s playerbase to migrate to third-party clients. Of these the most popular by far is RuneLite. And it’s RuneLite that was supposed to receive its biggest update yet with the HD client announced for September 6.

This HD plugin would have changed Old School RuneScape‘s graphics from its current 2004 form to an evolution the RuneScape HD client introduced in 2008. This way players could still enjoy the nostalgic aspects of OSRS without burning their eyes while coping with its extremely dated graphics.

So where is RuneLite HD?

On release day, Jagex contacted 117Scape and told him to not release it. The Jagex representatives even threatened legal action if he ignored them. This rash reaction came after two years of development during which many of Jagex’s higher-ups were fully aware of the project.

Their exact motives for waiting to contact 117Scape so long are unclear. Regardless, it was not well received by the community. An independent developer had wasted two years of their life on a passion project that Jagex never had any intention of approving.

Why did Jagex block RuneLite HD? It’s because it already has plans for an in-house HD client. The higher-ups were probably concerned that an improvement this big to a third-party client would make it difficult to transition players back to the official client. Who knows, Jagex may even intend to monetize its own HD client. Good luck getting players to pay for something that another party is offering for free.

Following the community’s objections, Jagex has now partially revoked its decision. At least until the official RuneScape HD client is finished, Jagex will allow the use of the RuneLite HD plug-in. Presumably, once the official client is finished users will no longer be able to use RuneLite’s equivalent. Expect more information on Jagex’s decision to follow in the coming days.

Deathloop PC requirements are live, 4K and 60 fps possible with a 3080