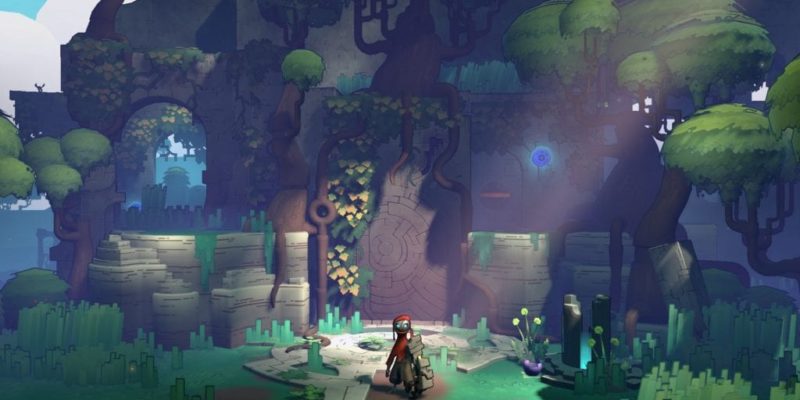 Runic Games, known for their Torchlight series, have announced a new, somewhat enigmatic game called Hob. This initial reveal isn’t exactly bursting with information, but that’s possibly appropriate because this title will be “presented without text or dialogue”.

After two Torchlights, Hob is not going to be another aRPG. Screenshots (above and below) portray it as a game viewed from a similar third-person, high camera perspective, but the main theme of the game sounds like it will be exploration and survival on a strange world. What narrative there is will be revealed through interaction with aspects of the planet’s environment.

Hob’s world won’t be a lifeless one. There’s said to be life “buzzing” above ground, and curious mechanical devices lurking beneath the surface. As well as acquiring skills, the player’s overall purpose will be to “transform the nature of the world itself”.

The teaser trailer (also below) gives a bit of a clue to how this might take place, depicting segments of the landscape raising, interlocking and lowering. Presumably this kind of environmental manipulation will play a significant role.

Runic’s Max Schaefer says of Hob, “We are confident our fans will love this unique and wonderful adventure”. More footage and details will be coming out at PAX at the end of August, where the game will be on show.