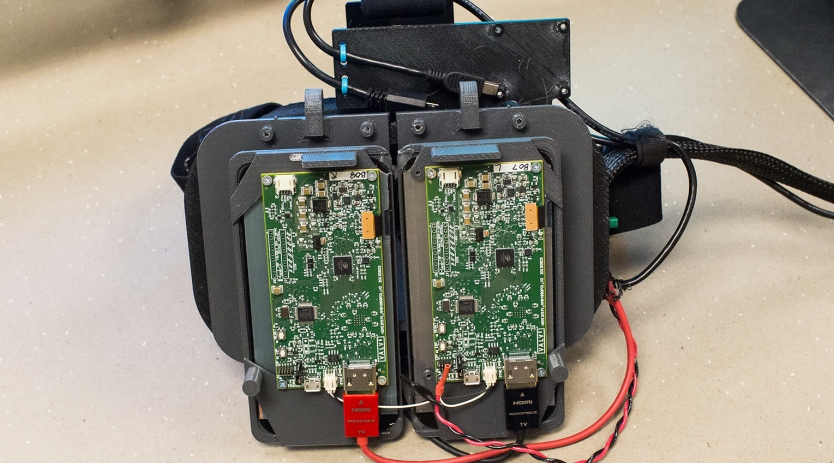 During the Steam Dev days developers were ushered into a room to test out Valve’s prototype VR system and feedback that was coming from the event was very positive.

In a new update from Rust and Garry’s Mod creator Garry Newman he relays how impressed he was with the demonstration. Like most of us he suffers from motion sickness when using the Rift so he wasn’t exactly keen to trying out Valve’s prototype offering.

“The headset looked a bit like the rift, but had exposed circuit boards. I was kind of dreading the demo because the Rift makes me feel sick. To the point where even thinking of putting it on my head makes me nauseous. Atman said a lot of people who get motion sickness on the rift don’t get it on this one (better response, head movement etc).”

The demos shown sound quite simple to demonstrate the tracking but there was obviously some pretty interesting stuff like the demo on a spaceship where you could peer out of windows.

Gary was impressed with the experience and I think this paragraph sums up how different the Valve VR experience was from the Oculus Rift:

“I was really impressed with how well it all worked. It’s hard to kind of shout about it because you’re basically just saying “it was like being in a different room” over and over again. I can only imagine the work involved in getting it to feel authentic, in making it fit on your head. I mean, our brains are smart. There’s probably a hundred different things that you have to get perfect for it to feel like this. It made the Rift we’ve got at the office feel like a torture device.”

From our experience with the IncGamers Oculus Rift dev kit 1, it’s not something we would recommend if it was a completed product. Crystal Cove is taking steps in the right direction but Valve’s Michael Abrash is probably right when he says we’re probably two years away from a really solid product.

South Park: The Stick of Truth behind the scenes video sticks to the truth