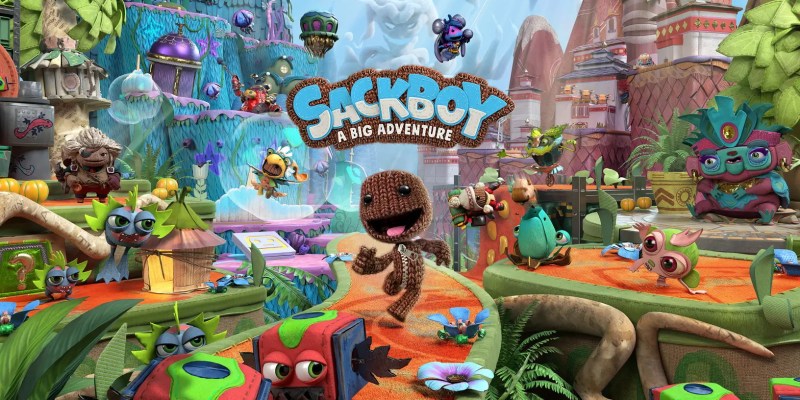 Sony has been carving out a home for its PlayStation titles on PC. Just this last year during an earnings call, there were lofty goals set for the brand to increase its presence on gaming computers. That has meant the release of flagship games like Marvel’s Spider-Man, Uncharted, and now, Sackboy: A Big Adventure. However, with the latest adventure dropping, you might need to upgrade your gaming rig to get the full Sackboy: A Big Adventure experience with its PC requirements.

Sackboy: A Big Adventure was initially a PlayStation 4 and PlayStation 5 release. However, there have been several reports of the game running at a mere 720P on PlayStation 4 and not completely in 4K at 60 fps on the PlayStation 5. The PS5 did offer a variable refresh rate in order to keep those frames stable at 60 fps. The requirements for the PC version of the unofficial console mascot, though, demand much more from your gaming PC.

Upgrade on the horizon

On the official PlayStation Blog, the update notes: “The first thing to call out is the new visuals. We wanted this game to visually stunning on PC, so with that goal in mind here are some of the new graphical features we’ve added to make the most of your hardware.”

Some of these benchmarks include a 4K resolution at a target of 120 fps. As well, DLSS 2 will be a part of the spec mix, using NVIDIA’s technology to provide increased resolution and framerates. Much like its console counterpart, the PC version of Sackboy: A Big Adventure will offer a variable refresh rate. This might sound fine and all on the outside. But the PC requirements listed in the blog seem to paint a much more demanding picture if you’re looking to boost the quality of Sackboy.

However, it doesn’t exactly mention what that means for the previously mentioned 120 fps. That might mean, variable refresh rate, DLSS, and slight tweaks to ambient occlusion and other post-processing items in order to hit that. And, hopefully, you’ve also added a decent CPU in the last few years. Both recent generations of Intel and AMD CPUs are listed, which, are luckily the least demanding of all requirements.

Sackboy: A Big Adventure arrives on PC on October 27. It will be available on both Steam and the Epic Games Store. It should also be noted that it does fully support the PlayStation DualSense controller.