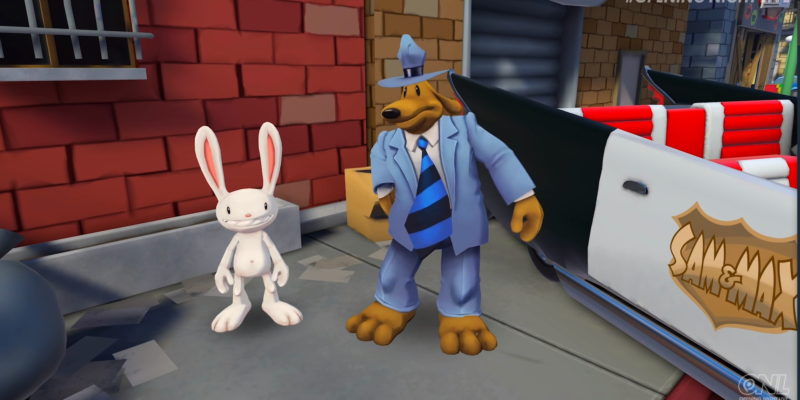 Leave it to my boys Sam and Max to make me starting paying attention to Gamescom 2020 again. Alright, that’s not fair. Sure, the show has been loaded with teasers and and teasers of teasers, but it hasn’t been so bad. Still, seeing my favorite bad cop/bad cop duo make a return certainly makes me happy. The game saw a brief teaser during the show, and it looks chock full of the lovable insanity that made the two characters famous. So far, all we know is that they are back, and their next game is going to be in VR.

Beyond the announcement, however, not much else is known. The next Sam and Max is confirmed to be VR, as per Geoff Keighley. We expect to see the boys land on just about all VR systems, including Oculus (sorry, Facebook VR), VIVE, Valve Index, and others. If the game holds true to past efforts, expect plenty of slapstick comedy, goofy shenanigans, and plenty of police procedures ignored.

The game is coming from developer HappyGiant. If you’re not familiar with its work, you’re probably not alone. The team is behind a lot of mobile games, including Dragamonz and, um, InstaKittyAR.

More info is promised, however. Hopefully we can see the game in action during Gamescom this week.

It’s been more than a decade since Sam and Max patrolled the mean streets. Telltale Games was the last developer to work on the property. Sam & Max: The Devil’s Playhouse was an adventure game in the classic point-and-click style, and the last of the franchise since 2009.

Sam & Max Hit the Road, released in 1993 on DOS, was the first game for the franchise. Various sequels were planned, but eventually canceled. The original has the benefit of being one of the best adventure games ever made. Telltale did the series proud, but it never reached those lofty heights.

It’s difficult to say if the upcoming VR game will live up to the series’ reputation. However, it’s still good to know that Sam and Max will return in some form or another.