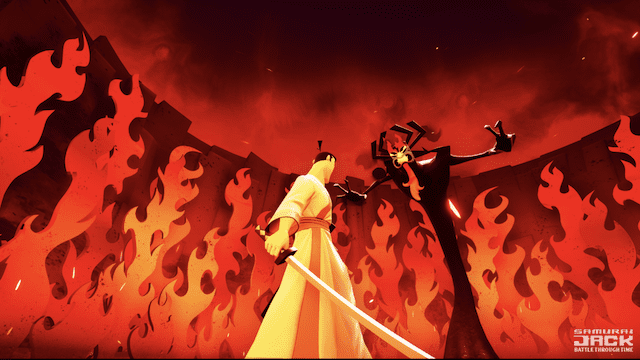 He’s blasting back from the past to put Aku down for good. But are you ready for the return of Samurai Jack? Today, Adult Swim Games and Japanese developer Soleil Games confirmed the return of the Cartoon Network hero. He’ll debut in a new game, Samurai Jack: Battle Through Time, which will arrive on PC this summer. IGN debuted the trailer earlier today, which is posted below.

The game actually takes place at a midway point in the series. Right before his final battle with Aku, Jack finds himself on a path of alternate timelines. He’ll have to deal with a number of adversaries while traveling to different worlds, hoping to find his way back to Aku.

Some serious talent on board

Darrick Bachman, who served as the head writer for the hit series before its conclusion, will handle the script for the game. As you can see from the trailer, it’s got no shortage of hack-and-slash action. Not to mention some boss encounters that may remind you of the greatness of Dark Souls — but with an all-ages touch.

Samurai Jack: Battle Through Time also features an art style taken straight from the animated series, right down to Jack’s running style. The worlds look great thus far, even though the trailer is a bit on the brief side.

Also, Soleil Games brings a lot of experience to the table. The developer’s staff previously worked on Ninja Gaiden and Dead or Alive. So, if anyone knows how to put Samurai Jack into a hardcore action game, it’s this team.

There will be a panel later this week at PAX East featuring both Bachman and series creator Genndy Tartakovsky. They’ll talk more about Samurai Jack: Battle Through Time at great length there.

It’ll be good to see Jack back in action, especially if you’ve been yearning for a comeback since his series ended back in 2017. You can wishlist the game on Steam now.