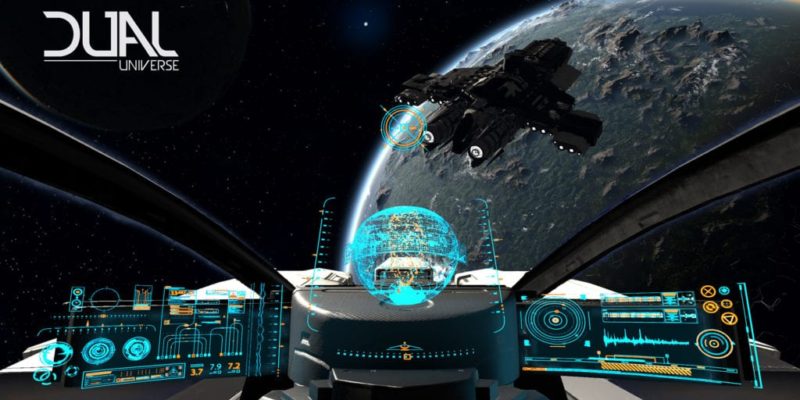 The game is currently in development for PC and will feature a “continuous single-shard universe” which will give players the opportunity to “edit the world and build any construction they like with no size restrictions”.

Played in a first person view, players will be able to build everything from spaceships to giant space stations in a universe made up of millions of planets. This MMO will feature exploration, mining, crafting, trade, politics and warfare.

The developers behind the game are veterans from Ubisoft, Sony, Apple and Aldebaran Robotics. Novaquark’s founder Jean-Christophe Baillie says:

“I am a huge fan of games like Eve Online and Space Engineers. I took inspiration from such games to imagine what could be the future of the MMO experience: a continuous world with planets, huge building possibilities, social and political aspects, but without the boundaries that so often restrict the gameplay. This idea needs a lot of tech and emergent game design that is not so far from AI and other fields I’m familiar with. So, I got a first prototype working back in 2014, and Novaquark was born soon after.”

An alpha version of the game will be ready at the start of 2017 according to Novaquark and it’s a game that will see continual development and updates once it’s released.

The game looks quite stunning, and if they can pull this off, it could be a game to keep a very close eye on. You might want to take a look at this if you’ve been waiting for Star Citizen because there are some similarities. This might actually come out though. We shall see.

Check out the pre-alpha shots and game details below. There’s also an official website now online.

Mirror’s Edge Catalyst trailer takes you on a parkour jaunt