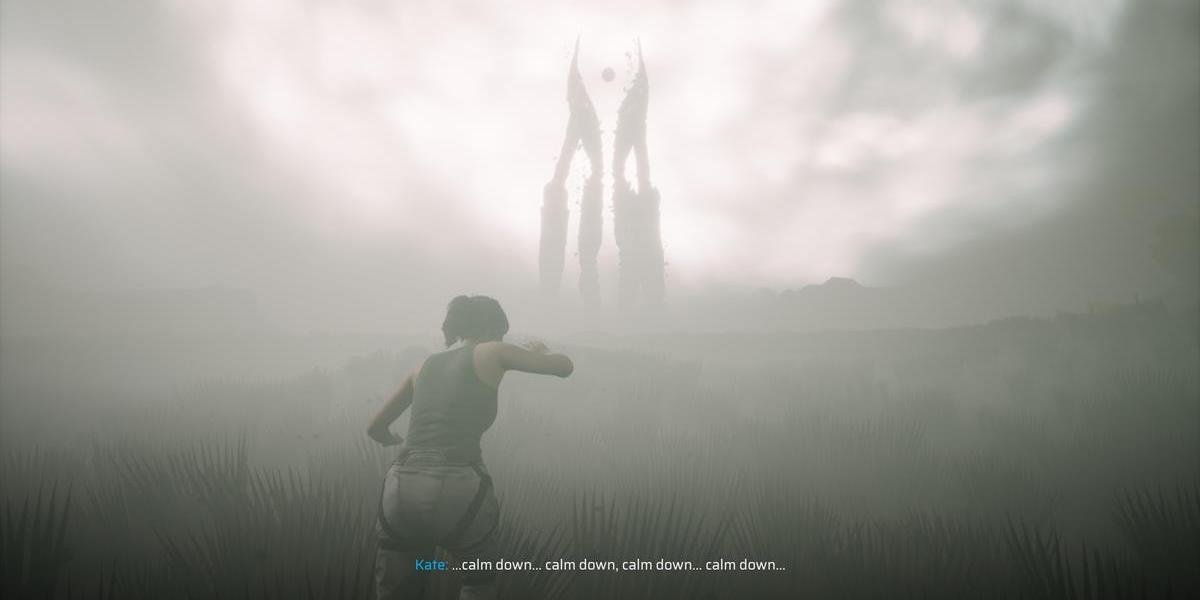 The year is 2023. The only subgenre of video game remaining is the Souls-like. Those who disagree are forced to restart at the nearest bonfire with all enemies having respawned. Scars Above is another take on “what if Souls-like but sci-fi?” But, this time, with more guns. Although I guess Remnant already did that, too. This one is closer to the core experience, but it’s got a lot of unique wrinkles of its own. It comes out next year and I got to take a look at an early part of the game to see what’s in store.

Scars Above begins with a starship crew investigating a strange alien device they call the Metahedron. The main character is Kate Ward, a scientist on the ship who probably wouldn’t have had much in the way of combat training. When the crew gets closer to the Metahedron, everything goes wacky. Kate wakes up on a nearby planet by herself, guided forward by a mysterious alien presence. While she believes that only a day has passed since she was on the ship, the rest of her crew has been on the surface. And things aren’t looking good.

It’s a compelling setup, and one thing that I particularly like is that Kate being a scientist is extremely important to the game. She gets ability points by accruing knowledge, which comes from finding information, scanning defeated foes, and the like. Ability points are used to get new abilities, which I’m sure you’re shocked to hear. She also upgrades her stuff by analyzing things she’s found and then crafting new equipment, which feels novel. Although she is something of a combat genius, which is weird for a scientist. 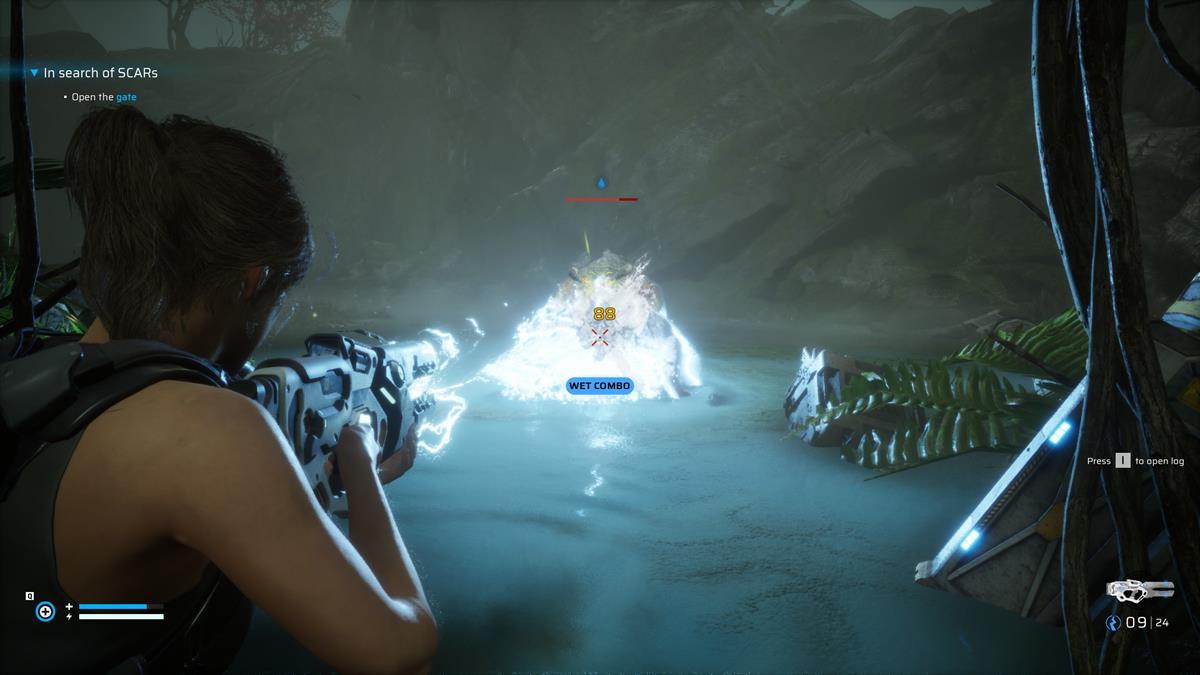 Not a soul in sight

Combat in Scars Above follows some of the typical Souls-like rules. Kate has a stamina meter that allows her to swing her melee weapon, dodge, and run. Dodges cover a decent amount of ground and have invulnerability frames, which are especially handy since enemy attacks seem to have more range than they physically should. The melee attack is a last option, however, and Kate predominantly fights with a welder that fires elemental energy. Enemies have different weaknesses and can gain temporary ones based on environmental conditions. For instance, an enemy standing in water will be weaker to both electrical shots and ice ones, which freeze them in place for a brief period.

The game has more of a Metroid-like feel than I was expecting, as getting new abilities allows Kate to explore places she couldn’t before. But the game can be tough, as enemies often do a large amount of damage, such as an ape-like creature with a glowing fire circle on its chest. You’re supposed to shoot it, but it’s usually only vulnerable directly before it attacks, making this tricky. If you die, you respawn at a structure with all enemies revived. I think the knowledge cubes you pick up in the field are lost and need to be picked up again, but that may have been a glitch.

Scars Above is certainly less of a Souls-like than most others are, as it certainly feels like more of its own game with plenty of interesting mechanics. Plus, the voice acting is great. There’s an easy mode too if you just want to explore without getting annihilated every five minutes. This is easily one of the most promising subgenre entries I’ve seen in a while, so maybe you should check out the demo on its Steam page. 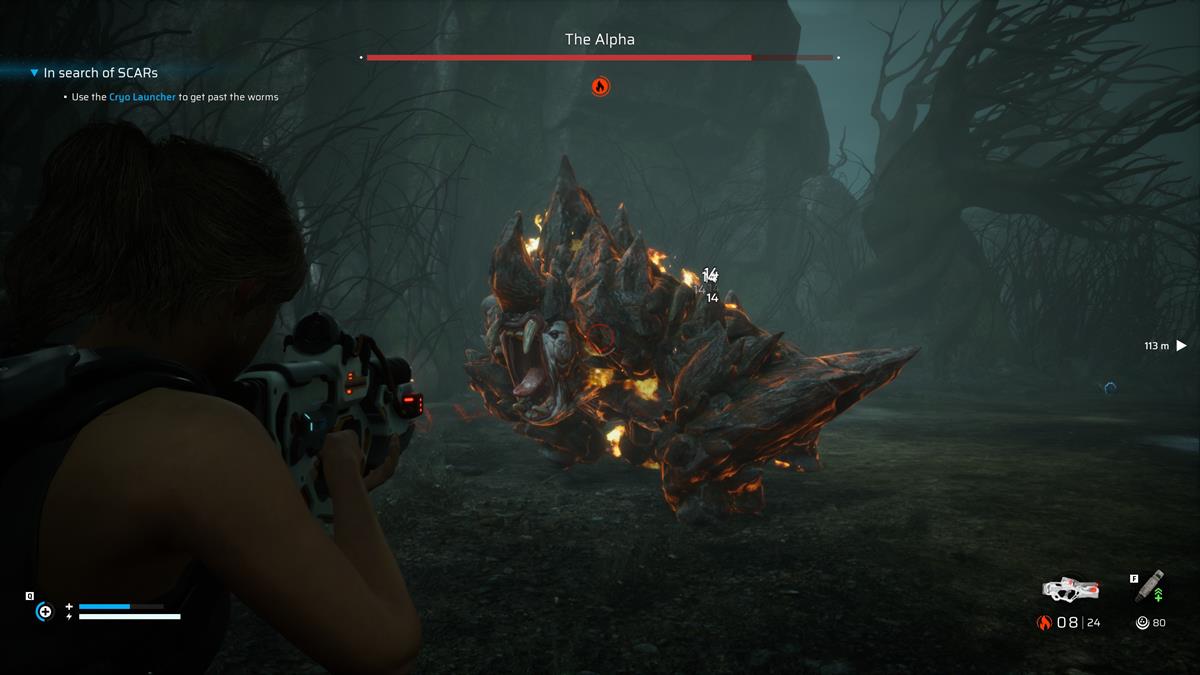