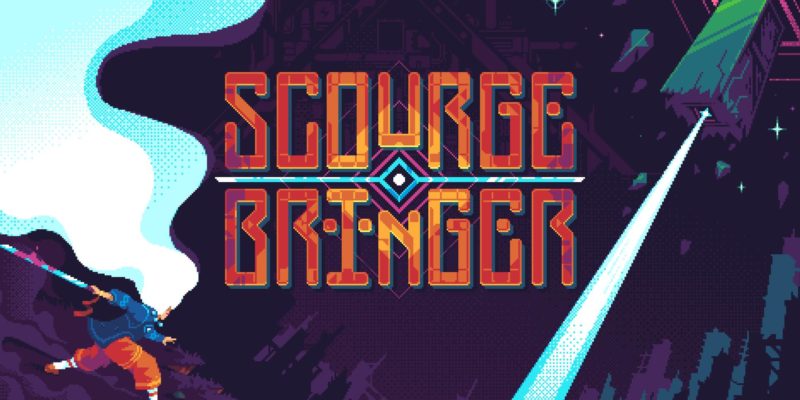 Developer Flying Oak Games and publisher Dear Villagers have just released the first major content update for their rougelite platformer, ScourgeBringer. The Living Walls update adds a new realm for players to venture into. It’s packed with new enemies, run-ending challenges, and a new boss. It also adds a new arsenal of skills to help you survive this updated gauntlet of death.

If you’re unfamiliar with the fast-paced aerial combat of ScourgeBringer, check out our detailed preview of the game. You play as Kyhra, a woman sent to uncover the mysteries of an eldritch monolith that threatens to destroy the world. Armed with her sword and a pistol, she delves into infinitely deep, ever-changing dungeons where untold secrets from previous explorers await. But she also encounters ancient machines, gigantic bosses, and all manner of deadly contraptions.

The major feature of ScourgeBringer‘s The Living Walls update is the titular new realm it brings. But accompanying the new area are loads of other new features, new enemies, and a big bad boss. Kyhra can now learn four additional skills, including the most savage counterattack yet, called Dragon Punch. She can also be empowered in new ways thanks to the five new blessings that have been added to the game.

Throughout the levels, you can now find new computers from the Old World. These will unveil new lore elements and help you piece together the story. Players can also access a bestiary, which holds information about all the monsters you’ve fought. Finally, ScourgeBringer has added six new achievements with The Living Walls update.

ScourgeBringer is currently in Steam Early Access, so more content and updates are constantly in the works. There’s also an in-game feedback system that players can use to send ideas directly to the developers. If you like what you’ve seen and want to support ScourgeBringer in its journey to full release, you can purchase the game through Steam for PC.