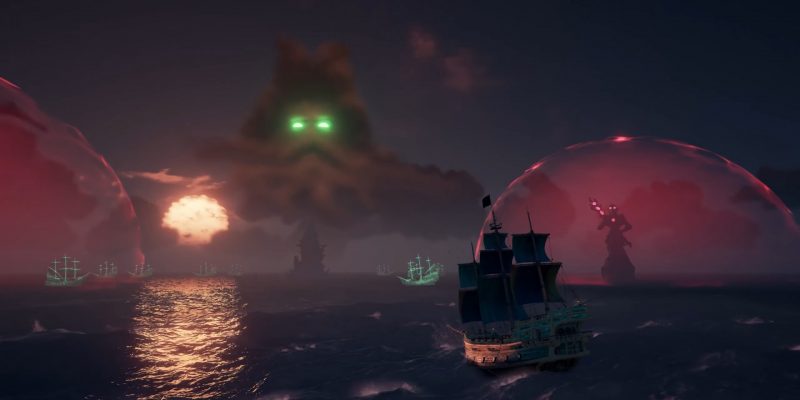 Microsoft and Rare showed off the first gameplay trailer for Sea of Thieves: A Pirate’s Life DLC, giving us a look at enemies, missions, and of course, cosmetics based on Jack Sparrow. Yes, on June 22 when the new story DLC lands, fellow pirates across the seas are going to start cosplaying as everyone’s favorite eccentric pirate captain. For some, this might be a nightmare.

Not for me, though; I love Pirates of the Caribbean. Well, I love most of that famed movie franchise. Sea of Thieves: A Pirate’s Life is the kind of crossover you didn’t expect for the game, and yet somehow makes plenty of sense now that it’s on the way. The DLC will set you against new enemies, such as Sirens, crab pirates, and phantoms, with Davy Jones returning from the dead as the possible antagonist. As we can see in the Sea of Thieves: A Pirate’s Life gameplay trailer, Jones has seemingly made an alliance with the merfolk, and during the story his smoky visage will be visible in the sky, floating over a fortress.

While I’m probably not going to dress my goofy-looking pirate as Jack Sparrow, ahem, Captain Jack Sparrow, I am going to collect the cosmetic awards. No doubt, you’ll probably have to play through the entirety of the DLC for all the cosmetics. But it does seem like you can get one particular set before the end of the story. For those of you wondering, yes, you can make your ship look like the Black Pearl. In the image below, you can see a galleon dressed up as the franchise’s famous ship, complete with the livery, sails, flag, and figurehead. Oh, and of course the dog with the keys is there too. 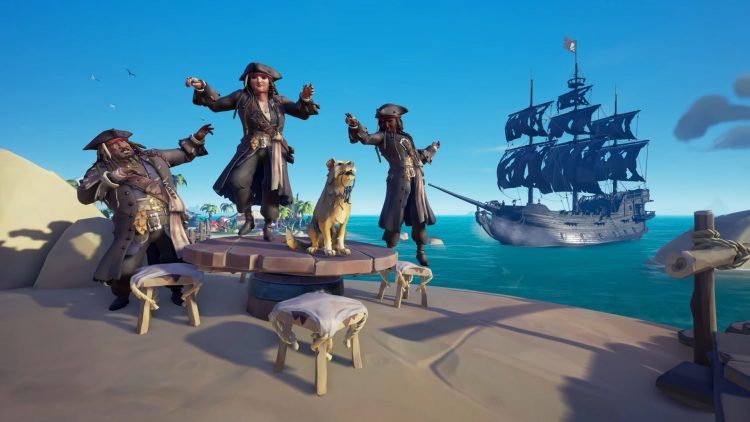 Bring me the Pearl.

A Pirate’s Life for free

The Pirate’s Life DLC also brings you face to face with a long-running sea creature that has been terrorizing the seas. Indeed, as seen in the trailer, the kraken is set up as a boss fight during the story. This beastie has been a random battle in the game for some time, but you mostly only saw its tentacles reaching from the briny depths. In the DLC, you’re going to see a whole lot more.

Sea of Thieves: A Pirate’s Life is looking like a lot of genuine fun so far. The story DLC is set to sail on June 22, but Rare is offering a closer look on the Xbox Twitch channel this Sunday, the 20th.