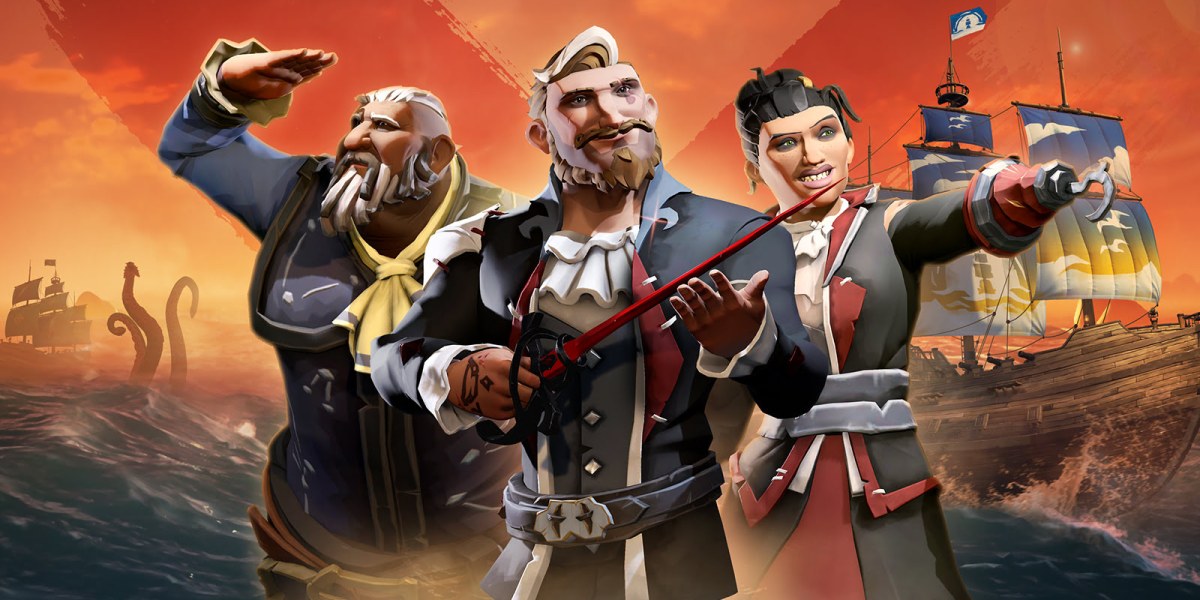 Rejoice, me hearties, for Sea of Thieves Season Three has left port and taken to sea. The newest season brings a host of new items to claim and gold to hoard, as well as the anticipated Pirates of the Caribbean story crossover. Rare detailed the latest season today, showing off some crisp sails you can earn during your plundering. We got a good glimpse at some of the Sea of Thieves Season Three rewards, and learned how you can start the A Pirate’s Life story alongside Captain Jack Sparrow.

Naturally, a good majority of pirates will want to dive right into A Pirates Life right away. Thankfully, it sounds easy enough as there aren’t any requirements needed to dive in. A Pirates Life is separated into a set of five Tall Tales. You should be able to find these at the Castaway’s camp. There’s also an option to start the story right from the menu, which will spawn you directly in front of a camp.

The story brings new areas specifically for the crossover, along with awards. Other than the captain himself, A Pirate’s Life also includes appearances from Mr. Gibbs, Jack’s right-hand man, and the return of the squid-faced Davy Jones. The story boasts new battles, puzzles, and “hidden rewards to discover.” 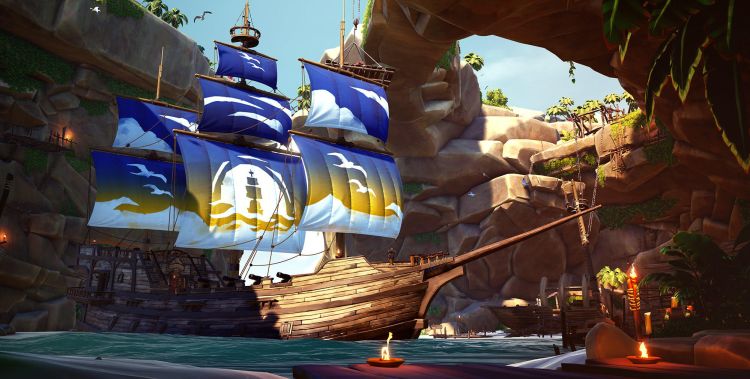 As far as I can tell, the “hidden awards” may or may not be new ship skins. After the gameplay trailer released showing the cosmetics, I assumed you could get character and ship skins by playing the story. However, those may only be available through the Sea of Thieves in-game store, the Pirate Emporium. Jack Sparrow’s outfit and the Eternal Freedom ship cosmetics (clearly the Black Pearl in all but name) are there and purchasable with Ancient Coins. Said coins can be bought using cash or earned as you play Season Three.

Sea of Thieves Season Three will of course offer rewards as your renown grows. Some of the earliest rewards include the Flag and Sails of the Blue Horizon (pictured above), which look great. There are also emotes, gold, cosmetics, and some exclusive rewards for Pirate Legends and those who purchase the Plunder Pass. The official Sea of Thieves Season Three page goes into further detail, so be sure to check it out.