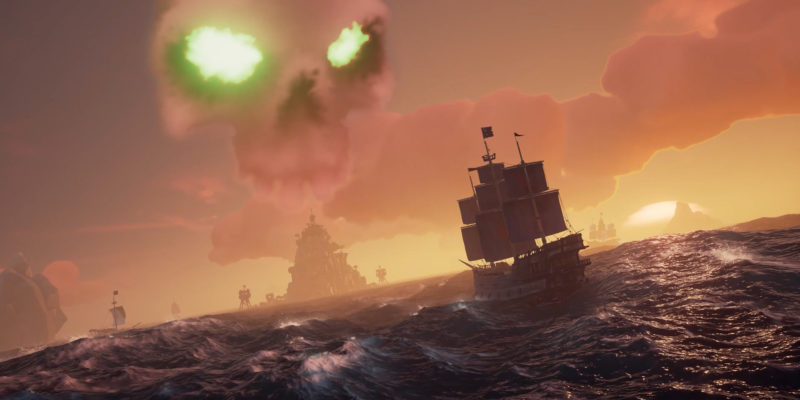 Sea of Thieves is moving to what could now be described as “traditional” seasonal updates, from its old monthly method. That means less frequent updates that contain more content, as Rare takes extra time to deliver the goods. It’s no real surprise updates are slowing down though, given the game has been out since March of 2018. Anyway, the developer is here to give a rundown on how the new seasons will work in Sea of Thieves.

Each season, as you’d expect, rolls three months of content into one update. The content coming is expected to be of a relatively similar amount to before, but how you progress as a pirate is changing. Yep, you guessed it, Sea of Thieves is getting a battle pass.

You’ll earn Renown to progress through the battle pass, which as usual, has 100 tiers of content. Every so often you’ll get lumps of gold to spend, alongside character and ship customization options and more. If you’ve already achieved your Pirate Legend status, there’s a few bonus rewards for the most dedicated Sea of Thieves players.

The new Trials feature will speed up your battle pass progress too. These essentially work like battle pass challenges, where completion earns faster progress towards tier 100. These will alter each season as well, giving players a reason to jump back in when the challenges rotate.

This is all linked together with the new Pirate Log menu system. In this new tab, you’ll be able to track your battle pass progress, everything you’ve unlocked in the season so far, and info on all the current active Trials. If you want to expand your Sea of Thieves experience, a premium Plunder Pass will also be available, containing 11 pirate emporium items. 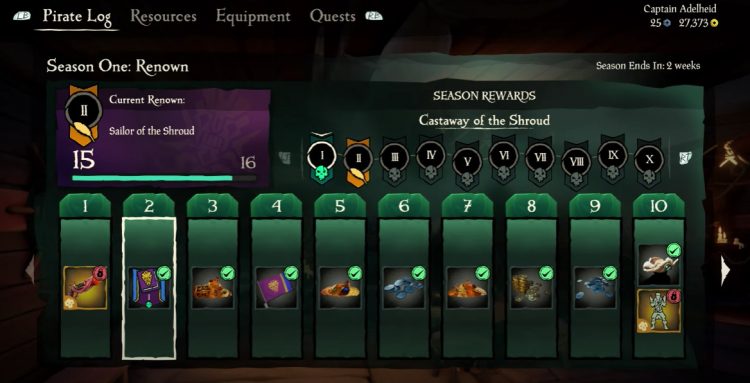 Rare also stresses that we won’t be waiting all season for new updates. Smaller changes will be implemented throughout each season, containing QOL updates, new events and more. The first of the new seasons kicks off January 28 in Sea of Thieves.