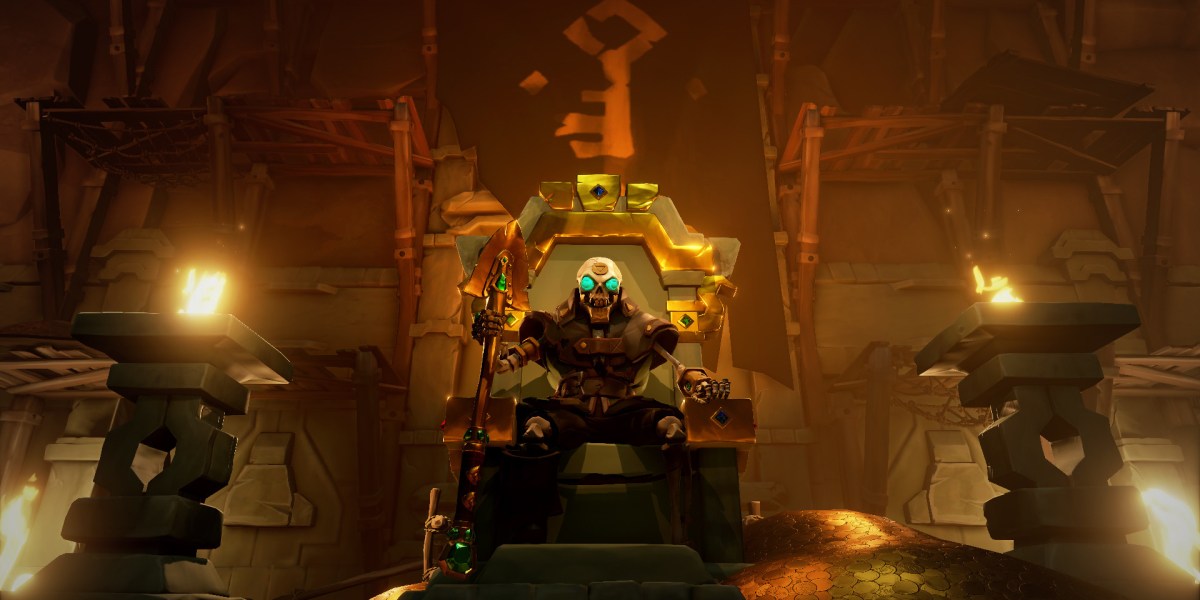 The next free Sea of Thieves content update is here. In Vaults of the Ancients, your job is to unlock the Gold Hoarders’ vaults. Suspecting that skeletons have learned how to crack these vaults, the Gold Hoarders task you with scouring the land for clues and map pieces to find out where the vault is and how to unlock it. Once you find the vault key, you can play the role of a noble pirate and return the key to its rightful owner. Or, you could rush in the vault and take the gold for yourself. Be careful, though. If you’re too greedy, you could get locked inside the vault.

Vaults of the Ancients is available today as a free update on PC and Xbox One. You can watch the full content update trailer below.

Who let the dogs out?

If you play Sea of Thieves less as a pirate simulator and more as a playground to hang out with friends, worry not; Vaults of the Ancients has content for you, too. You can now take a dog with you out on the high seas. The update brings three dog breeds to the game, fit with outfits and emotes. Ships also have dedicated spots for your dog to rest. You’ll find the dogs, as well as their cosmetics, at the Pirate Emporium.

It wouldn’t be a Sea of Thieves update without more gear, and Vaults of the Ancients doesn’t disappoint. Larinna is back at the Outpost, bringing new stock to the Black Market. You can pick up the new Wild Rose Bucket, Compass, Fishing Rod, Lantern, Pocket Watch, Shovel, Speaking Trumpet, Spyglass and Tankard at a discount before they move to the Black Market Archive.

Of course, the update also brings some gameplay improvements and bug fixes. Islands banners now take up less screen space, and there’s an Emissary Ledger meter showing how much you’ve contributed to the ledger whenever you go to trade. Loot is also a bit different. Although it shouldn’t be a problem on most modern PCs, the appearance of certain loot items on the ground may change to optimize performance. Their appearance will return to normal once you pick them up.

You can read the full patch notes here.