Blizzard has officially announced Shadows Rising, the upcoming World of Warcraft novel by Madeleine Roux, which will be released on July 14. Bridging the gap between Battle for Azeroth and the upcoming Shadowlands expansion, Shadows Rising will focus on the aftermath of Sylvanas leaving the Horde. If you don’t want even a hint of spoilers, stop reading now.

According to the book summary, the Alliance wants to find Sylvanas, the Horde is struggling to hold itself together, and Sylvanas herself wants Bwonsamdi, the loa of death, dead. 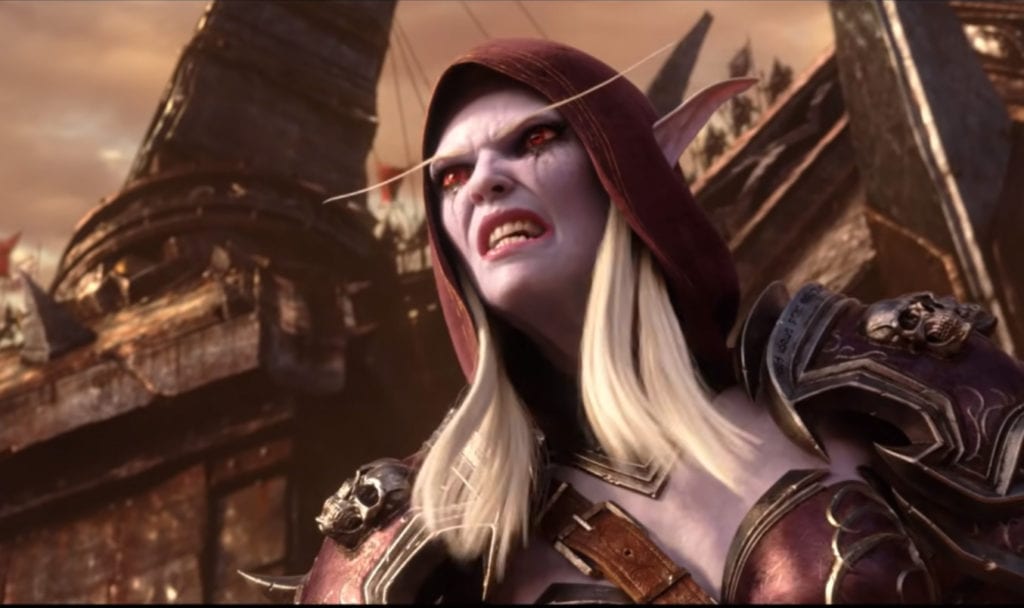 Blizzard has shared an excerpt from Shadows Rising. This focuses on Anduin, Genn, and Turalyon as they make the worrying discovery that Sylvanas and her Dark Rangers seem to have a presence in Zandalar. Genn, as always, suspects the entire Horde of foul play, but Turalyon and Anduin are more measured. Ultimately, Turalyon is sent on a mission to capture the Banshee Queen so that she can face justice:

“The Horde is nothing!” With those infamous words, Sylvanas Windrunner betrayed and abandoned the Horde she vowed to serve. The Dark Lady and her forces now work in the shadows as both the Horde and Alliance, including her own sister, Alleria, race to uncover her next move. Struggling to shoulder the crushing weight of leadership, King Anduin entrusts the void elf and High Exarch Turalyon to uncover Sylvanas’s whereabouts.

The Horde now stands at a crossroads. The various factions form a council, leaving the mantle of warchief to rest. Thrall, Lor’themar Theron, Baine Bloodhoof, First Arcanist Thalyssra, and many other familiar faces rise to this new challenge. But the threats are numerous, and the distrust runs too deep.

When the council is derailed by a failed assassination attempt on Talanji—the Zandalari queen and a key ally—Thrall and the rest of the Horde leaders are forced into action. They empower the young troll shaman Zekhan, still grieving the loss of Varok Saurfang, with a critical mission to aid Talanji and help uncover the rising threat against her.

Meanwhile, Nathanos Blightcaller and Sira Moonwarden have been tasked by the Dark Lady with a terrifying gambit: to kill the troll loa of death himself, Bwonsamdi.

As Zekhan and Talanji work to save Bwonsamdi, their journey will be a key turning point in bolstering the Horde against the coming darkness and finding themselves along the way. Failure to save their allies and the trickster god will surely doom them—but through success, they may rediscover what makes the Horde strong.

Of course, we already know he’s likely to fail, as last April Game Director Ion Hazzikostas stated in an interview with Polygon that Sylvanas would never find herself facing trial, “ever.”

This isn’t the first excerpt from Shadows Rising that we’ve seen. In February, Blizzard Watch released a more Horde-centric one. This excerpt features everyone’s favorite “zappy boi,” Zekhan, as well as Thrall and Talanji. Zekhan and Thrall witness and help stop an attempt on Talanji’s life. 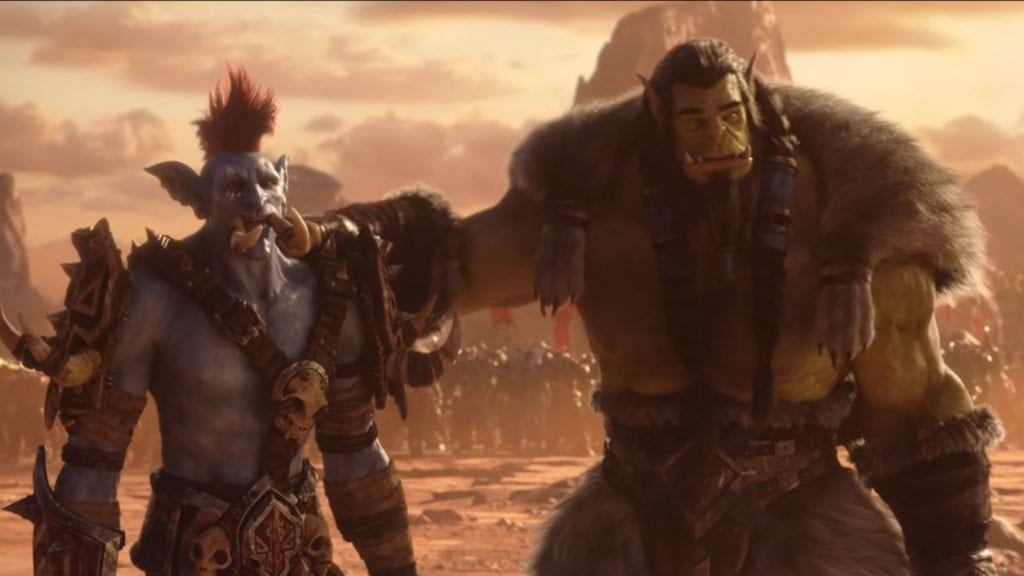 An assassination attempt on the queen of the Zandalari Trolls, while Sylvanas and her Dark Rangers happen to be in the area? We can only speculate. Whatever happens, it’s clear that Sylvanas and her plans will be a central focus point in the upcoming expansion. It also seems like Blizzard is determined to keep the Zandalari and their lore an important part of Shadowlands, a nice change from the habit of bringing out new races and then all but abandoning their story the moment a new expansion comes out.

Shadows Rising will be Madeleine Roux’s second World of Warcraft novel. She also wrote The Shining Blade, the third novel in the World of Warcraft: Traveler series. However, this is the first time Blizzard has given her a project as important as the pre-expansion novel. I for one am eager to see how she does.

You can pre-purchase the hardcover copy of Shadows Rising at Penguin Random House or Amazon. Sadly, the Kindle edition is not available for pre-purchase yet, but hopefully that will be out soon too.