PC gaming and digital distribution are snug bedfellows these days. Platforms like Steam, GoG, Gamersgate and others are commonplace destinations for PC users, with ease and cost of purchase ranking highly as reasons to partake of digital versions of games.

We exchanged some questions with Chris Palmarozzi about the upcoming launch of a new, indie-focused platform called Shiny Loot. It promises “minimal” DRM, a fair distribution of finances and an innovative way to search for new, interesting games in specific niches.

IncGamers: ?What?’?s your background in the videogame industry,? ?and do you have any prior experience running a digital distribution network??

Chris Palmarozzi: Professionally,? ?for the past couple of years I have run whatmmorpg.com.? ?As the name might imply it’s a website for finding MMORPGs sorted by a variety of categories,? ?additionally supplemented with weekly articles and comics.?

Personally,? ?my passion as a gamer is what opened me up to running a digital distribution? ?network.? ?I have purchased games from every distribution source,? ?and? ?I saw a lot of networks that did a lot of things well,? ?but nothing that pulled together? ?the type of features I wanted to see.?

IG: There are a lot of digital distribution platforms for PC games out there,? ?explain why people will want to come to Shiny Loot in preference to others??

CP: I think there are two types? ?of people that will want to come to Shiny Loot and? ?some people fall into both groups,? ?who I think will be our core supporters.

The first group of people? ?is? ?interested in our combination of features.? ?We have over? ?100? ?options? ?to search and cross-reference? ?between traits,? ?genres,? ?settings,? ?and other attributes.? ?This allows users? ?to find games exactly or very close to? ?matching their interests.? ?We are completely web-based with a minimal to no DRM requirement on our games so purchasing,? ?installing,? ?and playing a game from Shiny Loot is super easy.?

The second group of people? ?wants indie developers to? ?thrive and to see a transition to less DRM? ?for? ?those who spend? ?their? ?hard earned money on games.? ?We don’t have deals set up with Activision,? ?EA,? ?Ubisoft,? ?or others considered to be giant publishers in the industry.? ?We feel like there are plenty of options for those titles available,? ?and we want to focus on medium sized publishers to completely independent developers.? ?Obviously,? ?as our? ?site grows we? ?will? ?have more pull to better? ?promote indie games and? ?force? ?publishers? ?to reconsider? ?obtrusive? ?DRM? ?solutions.

IG: You?’?ve presumably researched other digital distribution outlets in the course of setting up your own.? ?What faults or design flaws have you come across on others that you will solve with your platform??

CP: The biggest fault I’ve seen is limiting categorization too much.? ?There are so many games out there now that digital distribution has lowered the barrier for entry to sell games.? ?It doesn’t do justice to those games to limit categorization to a few genres like RPG,? ?Strategy,? ?and Adventure games. 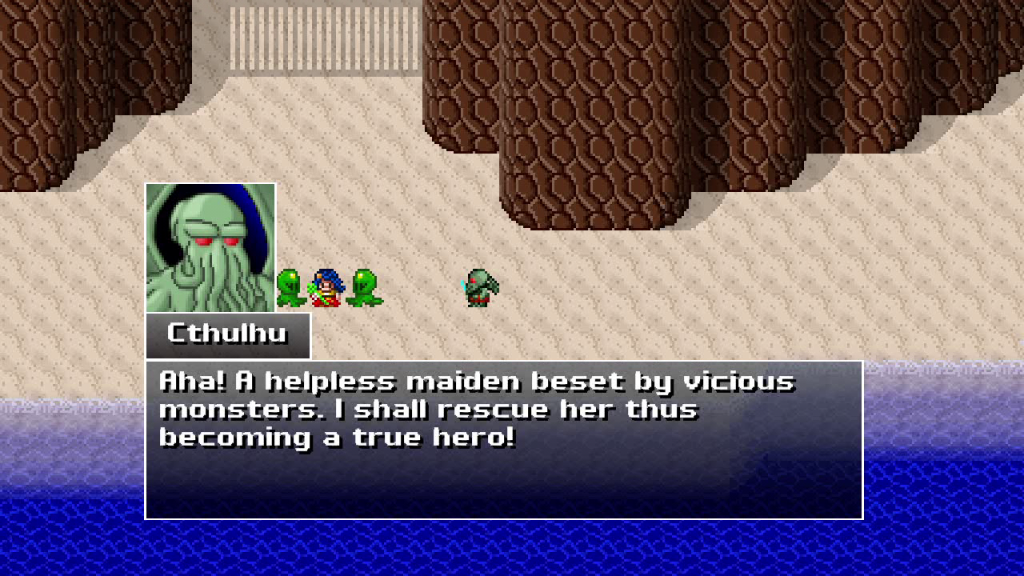 IG: How many titles will you have available to buy at launch?? ?Can you list a few that people may have heard of to give an idea of the range and scope of the catalogue??

IG: How will people download from the service,? ?will there be a stand-alone client,? ?direct downloads,? ?key sales or all of the above??

CP: Everything is completely web based so we don’t require a client download.? ?If it’s a popular request we may offer a client in the future,? ?but it? ?will absolutely be? ?optional.? ?Any keys needed are assigned to the account in a way that’s very easy to access when you download your purchased game.

IG: ?You?’?ve mentioned that games sold on Shiny Loot will have either zero DRM or? “?minimal?”? DRM.? ?What was the reasoning behind that decision,? ?and what does? “?minimal?”? DRM consist of??

IG: Even games which just use Steam as DRM will not be carried by Shiny Loot.? ?With the immense popularity of that service among? ?most PC users,? ?are you concerned that could cost you more sales than the DRM stance brings in??

CP: Not? ?at all.? ?Despite Steam clearly being the leader in the digital distribution market,? ?in a lot of ways they aren’t our primary competitor.? ?We want users to know when they buy a game they aren’t going to be required to download additional software.? ?Yes,? ?we’re losing out on some great games,? ?but that’s the cost? ?to ensure a consistent user experience.?

For us to successfully break into the market it’s important to? ?present ourselves with a certain set of? ?unique? ?ideals.? ?Providing minimal to no DRM? ?is? ?a? ?very important? ?ideal.? ?One of our long term goals is to reduce the amount of DRM in the market and you don’t do that by being wishy washy on the matter.? ?You have to go all in.?

IG: What security systems will? ?you have in place to protect the purchasing details and personal information of your user base??

CP: We take the privacy and security of our users very seriously.? ?In order? ?to protect our data,? ?we have firewalled our servers and have taken? ?security measures to prevent malicious attackers from gaining access? ?to our system.? ?In addition,? ?certain user information is stored using? ?128-bit encryption and all orders are processed with? ?256-bit? ?encryption to prevent theft of critical billing information.? ?Also,? ?due? ?to several recent high-profile security breaches on the internet,? ?we? ?do not store any credit card information on our servers.? ?As we? ?continue to grow,? ?user security will be treated with utmost importance? ?and our servers will regularly be audited for security.

IG: Tell us about the? “?trait system?”? you?’?ve developed for searching and cross-referencing games in the catalogue,? ?and what makes it? “?unique?”? as a search function.

CP: As I hinted? ?in a previous answer,? ?I feel like a major flaw in most digital distribution services is that breaking down a game by major genres and few sub-genres like Real Time Strategy does not adequately cover how users could best find games.? ?So in addition to the typical major genres potential customers are used to,? ?we? ?utilize a? ?growing list of? ?what we call? ?traits.? ?It’s basically a tagging system that with genre and setting lets users get very granular with their game search.? ?Examples of some traits are Skill Based Leveling,? ?Empire Building,? ?Platformer,? ?Humor,? ?Exploration,? ?Point? & ?Click,? ?and Tactical Strategy.

The biggest issue for us is that this? ?creates a lot of data for which users can filter games.? ?It has the potential to be? ?overwhelming? ?and/or? ?underutilized.? ?We feel like? ?we have created a good balance in how we display these options but of course it’s something we? ?can? ?refine during? ?the upcoming beta based on feedback.

IG: When people buy independent games,? ?they tend to want to know they?’?re supporting the developer.? ?Without necessarily getting into specific numbers? (?unless you want to,?) ?will the distribution deals you make with indie devs be comparable or superior to those of other distribution platforms??

CP: The rate splits are comparable,? ?but they are flat so we don’t nickel and dime developers with? ?additional fees.? ?We feel we have a good balance with our rate split.? ?If we make the split too high for us,? ?it goes counter to mentality of supporting indie development.? ?If we make the split too high on the developer side,? ?the margin becomes so slim? ?that advertising efforts? ?will? ?suffer to a large degree.? ?We feel like the split we have now allows us to strongly promote Shiny Loot and the titles in our library,? ?which in turn will mean higher? ?net? ?revenue for the developers.

IG: ?What process will developers have to go through to get their games on the service??

CP: It’s a fairly typical process.? ?Any developer who is interested can contact us for now at [email protected]? ?We ask a few questions,? ?then have to create an agreement so we can legally sell their games.? ?We have done our best to make the materials we require similar to other major services with the exception,? ?of course,? ?for our traits.?

IG:? ?Will there be any restrictions regarding the content of games that can be sold through Shiny Loot??

CP: We won’t be selling any adult only content,? ?but aside from that? ?we want to sell? ?the? ?full? ?gamut of popular content options.? ?More options available makes? ?better use of our trait system.

IG: When do you plan to have the Shiny Loot store up and running for people to purchase from??

CP: We will be launching our beta on February? ?7th.? ?Customers will be able to register for the beta with a registration code provided by a few select partners as well as some of our developers.? ?We expect beta to last? ?4? ?-? ?6? ?weeks before opening the site publically.?

Dishonored, XCOM and The Walking Dead up for multiple GDC awards