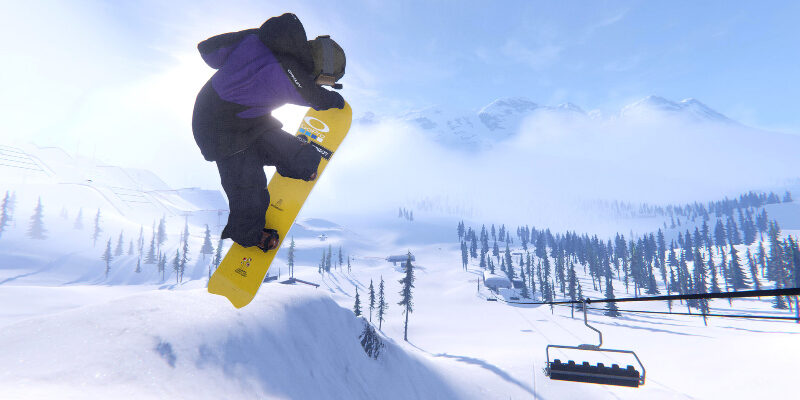 Microsoft has revealed what the second half of March will add to its Game Pass service. Its latest blog post details the new additions to Game Pass, what is leaving Game Pass, and further improvements coming to the Xbox App. The headline of these additions is Shredders, which will be available on PC Game Pass at launch come March 17.

Shredders is an upcoming snowboarding game self-published by indie studio FoamPunch. The trailer so far looks promising, and there’s hope that it can continue the legacy of SSX and Steep. Another indie game available on day one is Norco. This gothic point-and-click adventure by Geography of Robots releases on March 24. There’s a demo available on Steam for those that want to try it out before it launches.

Another day-one title coming to PC Game Pass is Weird West on March 31. It’s a dark fantasy RPG published by Devolver Digitial. The Texas-based publisher is becoming increasingly popular, having been responsible for Shadow Warrior 3, Enter the Gungeon, and Inscryption.

On the same day as Shredders, PC Game Pass will also add The Dungeon of Naheulbeuk: The Amulet of Chaos. This wacky fantasy tactics game received ‘Very Positive’ reviews on Steam and a respectable 72 on Metacritic. The final new addition to PC Game Pass is Zero Escape: The Nonary Games, a story-rich visual novel developed by Spike Chunsoft. It’ll arrive on the service on March 22. Spike Chunsoft is best known for Dangonronpa, AI: The Somnium Files, and various other JRPGs. 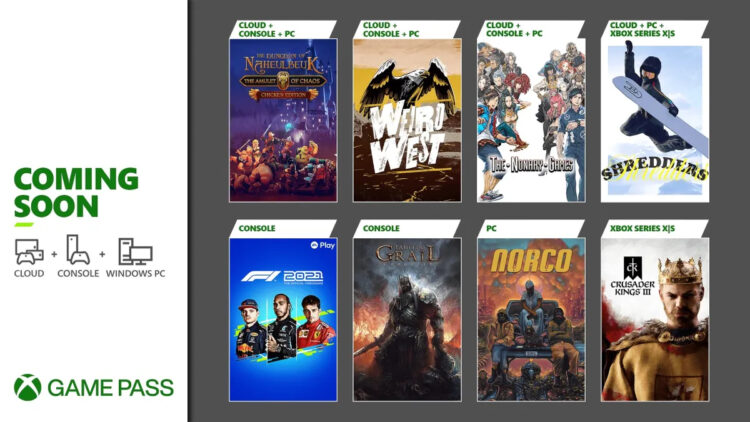 Last month Microsoft released an update to the Xbox App implementing a range of PC-specific features. This included the ability to choose a folder for game installation, better game management options, and increased mob support. Building on that another update is planned for the end of March. This will see an overhaul to app navigation implemented plus performance fit indicators, both of which offer users a better idea of if their machine can run a specific game.

The reveal for the new Hearthstone expansion has been delayed