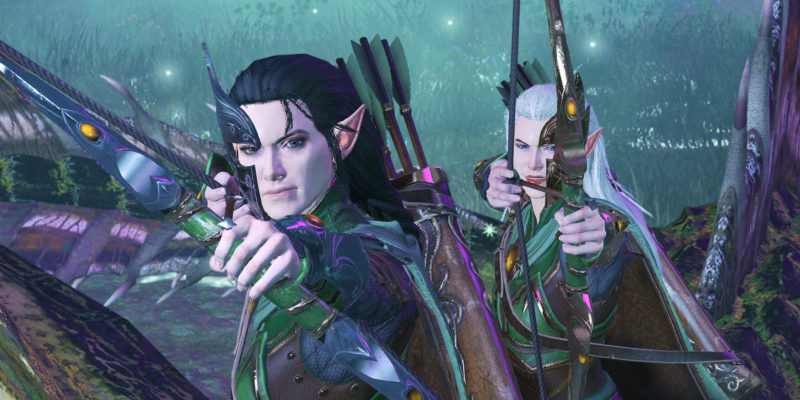 Let’s discuss some of the Vortex campaign’s basics for the Sisters of Twilight in Total War: Warhammer II. 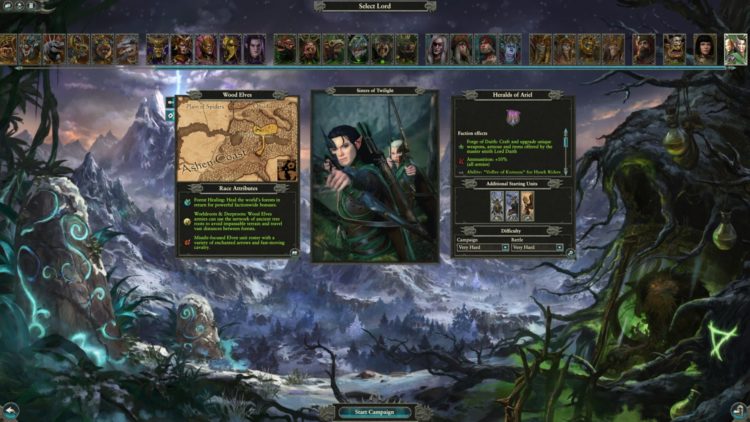 These are the conditions to win the Vortex campaign in Total War: Warhammer II – The Twisted & The Twilight:

The Sisters of Twilight start in the Witchwood which is in the middle of Naggaroth. You’re surrounded by enemies such as Beastmen and Greenskin minors, and the Dark Elves like Morathi, Clar Karond, and Malekith are nearby. 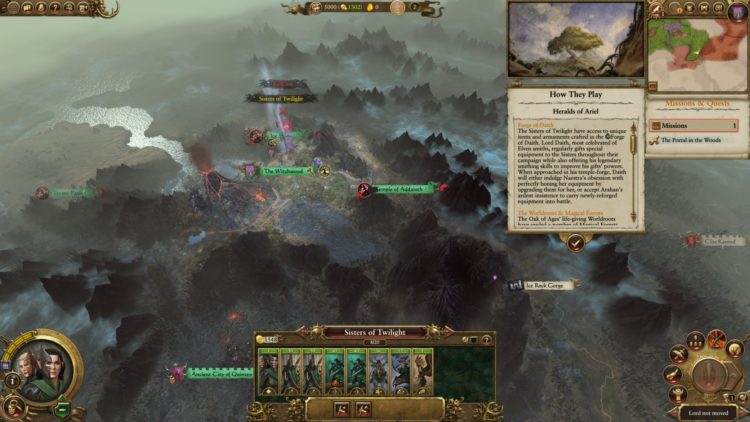 For the blue line, you’ll want skills that increase your ambush chance. You do need to unlock “Open Branches” to help with faction-wide recruitment. Meanwhile, the unique (orange) skills are fairly straightforward and the first one is unlocked at level 12. They’ll boost campaign movement, forest healing, flying unit capabilities, and even Dragon Breath attacks.

The rest of your skill points should either go to the yellow line (lord buffs) or red line (army/unit buffs). If you prioritize the latter, you need to decide on the buffs based on your army’s composition.

Anyway, since your objective is to heal the Witchwood, let’s talk about healing magical forests and awakening Ariel. 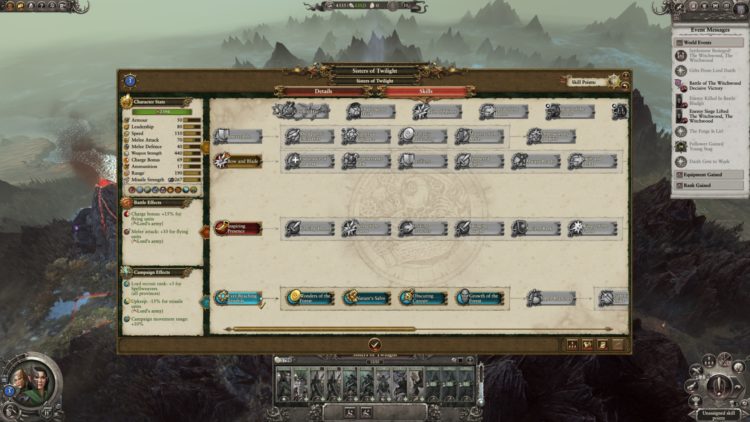 Total War: Warhammer II — How to get Ghoritch as Throt the Unclean