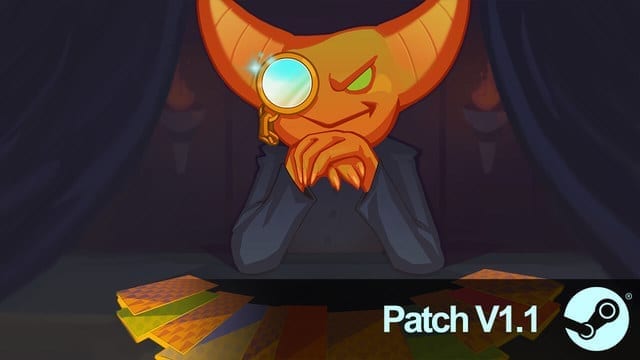 Slay the Spire is a deck-building card game set in a very original dark fantasy universe. It first entered Early Access on Steam back in November 2017 where it was quite successful, earning an “Overwhelmingly Positive” reception. The game sold over one million copies by the end of June 2018. Its final release in January this year consolidated its reputation as a genre-defining card game, spawning its own subgenre. The developer Mega Crit Games has just released the patch 1.1 on Steam, and they took the opportunity to announce a fourth playable character.

The game only had two playable characters during its Early Access period: the Silent and the Ironclad. Each character had its own unique set of cards, though some of the card effects overlapped. The final release in January included a brand new character, the Defect. It also included some very different mechanics that are unique to this character. The next character will likely follow the same path and include some new mechanics, aiming to keep the game fresh for veteran players.

According to the patch notes, the update includes a new achievement, “Eternal One.” It unlocks when players unlock all other achievements, like a platinum trophy on PlayStation. There are also quite a few minor balances, and one of them is that you can no longer run into The Cleric or Beggar if you don’t have enough gold. In terms of user experience, players can now enable a Touchscreen Mode in the Input Settings. This is obviously tied with the recent Nintendo Switch port. There are also dozens of performance tweaks and bug fixes included. You can check out the full list.

It’s great to see such extensive post-release support for an indie game. It shows the developers really care about and respect their audience enough to keep the game fresh with as many improvements as possible. We can probably expect more to come, as Mega Crit Games also intends to keep porting Slay the Spire to other platforms.

Are you looking forward to a fourth playable character? Is the game growing stale with the three characters, or is it still engaging? Drop your comments below and tell us what you think!