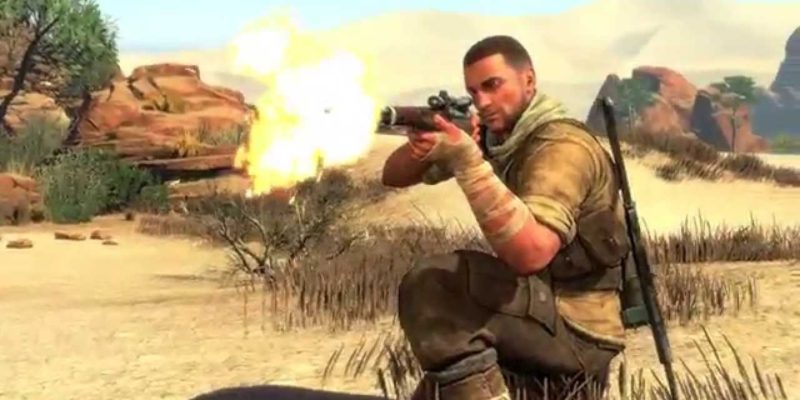 Much of the Sniper Elite 3 footage we have seen from Rebellion has been on the PS4 but today it’s the turn of the mighty PC to show off the sniping action. If you need an introduction to the basics of elite sniping, Rebellion have you covered.

This five minute Sniper Elite 3 video takes you through pretty much everything, from the game’s basic plot through to how best to shoot people in the face at a very long distance. You’ll learn about the importance of tagging enemies with binoculars, tactical relocations, ambushing via environmental traps, and – of course – some bits and bobs about the new vehicle takedowns. All of which, naturally, means that you’ve got a fair few minutes of brand-new in-game footage.  We last saw the game a few months ago and the version on show was on the the PS4 so it’s great to see some PC footage emerge, and I have to say it looks much nicer.

Sniper Elite 3 will be sneaking out on 27 June and based on this footage and what we have seen for ourselves at Rebellion, it’s definitely one to watch.