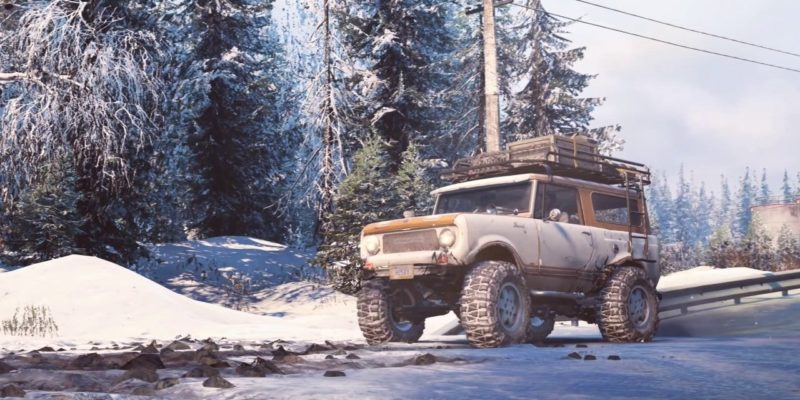 It’s hard to believe it’s been a whole year since SnowRunner dragged me kicking and screaming from a cargo-moving hell to being one of my favorite driving games. The game released on May 18, but PC users could only purchase it on the Epic Games Store. It’s been a wild ride, and the game has had a steady influx of new content, too. This ranges from being extremely long to absurdly long in the process. Now, though, even more PC players will have the game at their fingertips when the one-year exclusivity period ends.

On May 18, SnowRunner will be arriving not only on Steam, but on the Windows Store as well. As such, the game comes with a year of the free content that was added over time. Additionally, players can purchase the year one pass and get all of the DLC, too. If you’ve been waiting for the game to release on Steam, you’ll have an absolute mountain of content to get through. The base game alone can run players around 100 hours. The currently unfinished DLC extends things even more. Just make sure you focus on getting a good truck early on.

Get muddy and snowy

I reviewed SnowRunner one year and two days ago, so it’s a bit weird to write about it releasing on other storefronts. I found the game to be beautiful, compelling, and challenging in equal measure. My summary says it all: “SnowRunner is an excellent game with wonderful visuals and great controls. It also has a massive amount of content for players to sink their teeth into. The game is slow and can be frustrating, but it’s very much worth getting down and dirty with this one.”

The game can be purchased on both Steam and the Windows Store, so it won’t be long before you’re spinning your tires all over again.