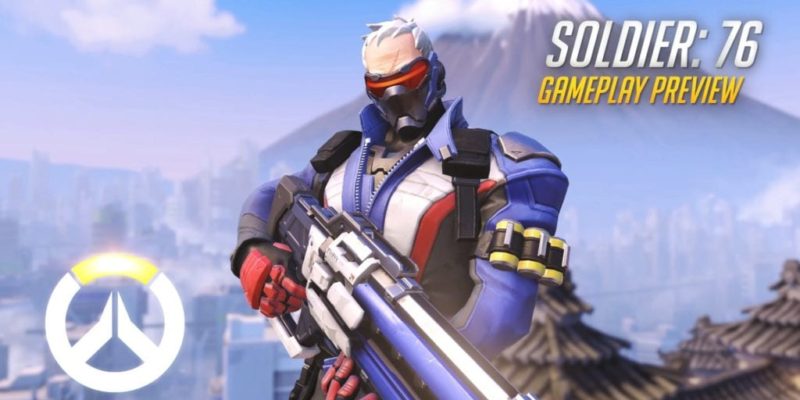 Blizzard seem committed to released a steady stream of Overwatch gameplay videos from different character perspectives, and the latest such presentation features Soldier: 76 in the lead role.

He’s an unknown vigilante chap with a penchant for pulse rifles, as demonstrated throughout the video below. He may (or may not) be the deceased ex leader of Overwatch, Jack Morrison.

For gameplay purposes, he’s on the defending team in a Point Capture game. The map being shown this time is Hanamura, which has been used for a couple of these other videos as well.

As well as a pulse rifle, Soldier: 76 makes use of Helix Rockets, a healing Biotic Field, and a handy sprint ability.