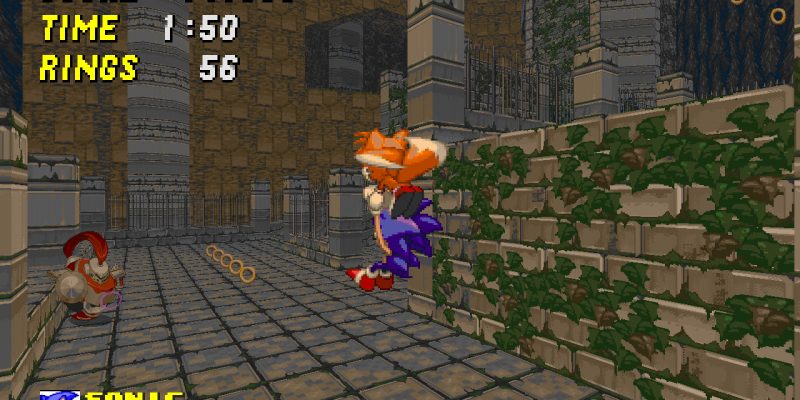 One Sonic the Hedgehog fan game has been in active development for more than 20 years. Now, the game is finally almost complete, and it’s going to help combat childhood hunger. Charity organization No Kid Hungry announced today that Sonic Robo Blast 2 will join a collection of other titles in its SpeedGaming Marathon next week. During the marathon, No Kid Hungry hopes to raise at least $30,000 to feed hungry children.

Developer Sonic Team Junior began its work on Sonic Robo Blast 2 in 1998. The “classic Sega Genesis era Sonic game” uses a “modified version” of the Doom Legacy source port for id Software’s Doom series. Players control a 3-D Sonic or Tails as they run through platforms with several “branching paths.” In each level set, players can explore and collect items before moving on to a boss fight. There’s even a multiplayer option for friends to race, play Capture the Flag, progress through the single-player campaign, and more.

As for the story, Sonic Robo Blast 2 sees the evil Eggman headed to destroy Sonic and friends with his Doomship and his robot army. After an intense battle that interrupts Sonic and Tails’ vacation, Eggman reveals that he plans to take control of the Black Rock. However, Sonic and Tails can’t let that happen. It’s up to players to stop Eggman before it’s too late.

Check out the Sonic fan game’s 20th anniversary trailer from 2018 below.

After 22 years, Sonic Robo Blast 2 is ready to join the No Kid Hungry marathon. Popular Sonic speedrunner Argick will perform the run. Meanwhile, more than 70 runners will perform speedruns of other titles in an effort to raise donations for the charity. “Every $1 [USD] donated can help connect a child with up to 10 meals,” No Kid Hungry states.

Argick recently spoke about the opportunity to run the Sonic fan game for No Kid Hungry, explaining what has drawn him to Sonic Robo Blast 2 over the years. “When you think of a Sonic game made inside a Doom engine … You don’t think it would work,” he said during a Sonic Robo Blast 2 stream. “But there’s just something about the game. The controls are so smooth, but it also has that sense of speed when you’re playing it. The game itself is ridiculously fast and ridiculously fun to play as well.”

Phosani’s Nightmare is returning for real in Old School RuneScape