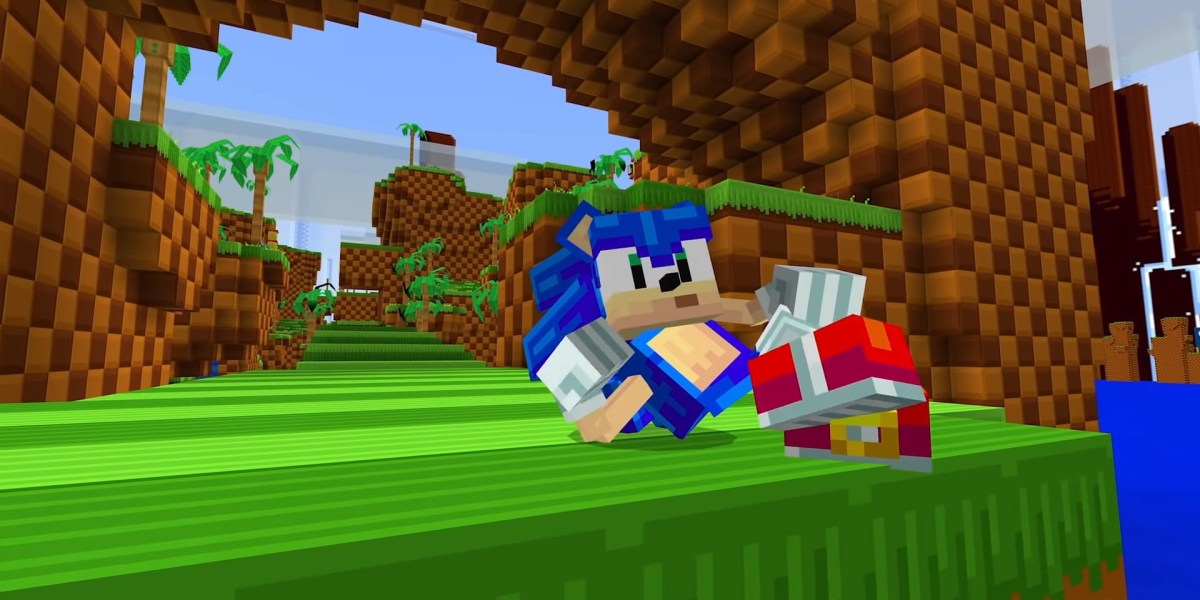 Sega is ramping up its 30th anniversary celebrations for Sonic the Hedgehog, and the blue boy is turning up in some, erm, strange places. Mojang, Microsoft, and Sega have announced a Sonic the Hedgehog DLC for Minecraft, of all things. The DLC pack came out today for 1,340 Minecoins, and comes with characters, skins, classic zones, and a new game mode.

To tell you the truth, I didn’t see this collaboration coming. Minecraft isn’t exactly a game known for speedy locomotion, so introducing a character who’s all about zipping through levels is odd. It certainly wouldn’t have been on my bingo card, that’s for sure. Regardless, Sonic the Hedgehog is now in Minecraft officially — no, the free Sonic skins you found online never really counted.

Incredibly enough, however, the DLC manages to preserve the spirit of the 3D games. In the gameplay trailer coinciding with the announcement, we see Sonic and friends (such as Tails, Amy, Shadow, & Knuckles) dashing through zones based on classic levels. Green Hill Zone, Chemical Plant Zone, and others have been recreated in Minecraft blocks. Characters also appear to have abilities, such as Sonic’s spin dash and Knuckles’ punch and glide.

Not a chili dog in sight

The Sonic the Hedgehog DLC for Minecraft has some neat additions for fans. Chaos Emeralds can be discovered, along with other ”secrets.” The trailer gives us a glimpse of Tails’ workshop along with the Tornado plane, Shadow’s motorcycle, and a board with achievements. There also seems to be a Chao garden, and those little dudes are looking super cute. The DLC includes a “challenging” Eggman Mode, but it’s not clear what that mode is about. The pack comes with a total of 24 skins.

All in all, the Sonic DLC looks rather fun, even if it literally came out of the blue. You can check it out in the Minecraft Marketplace. 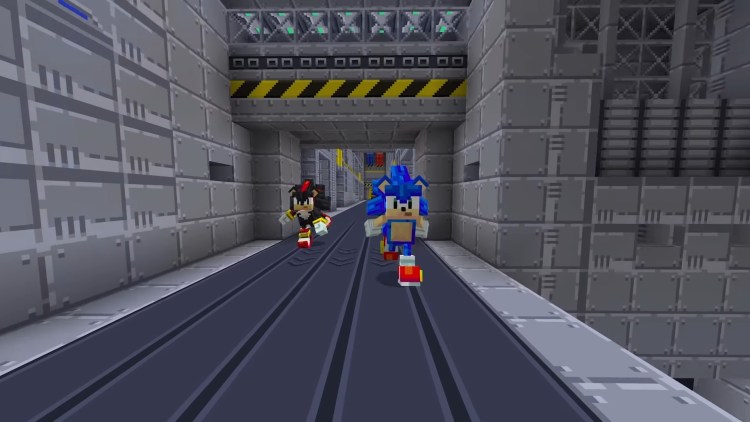