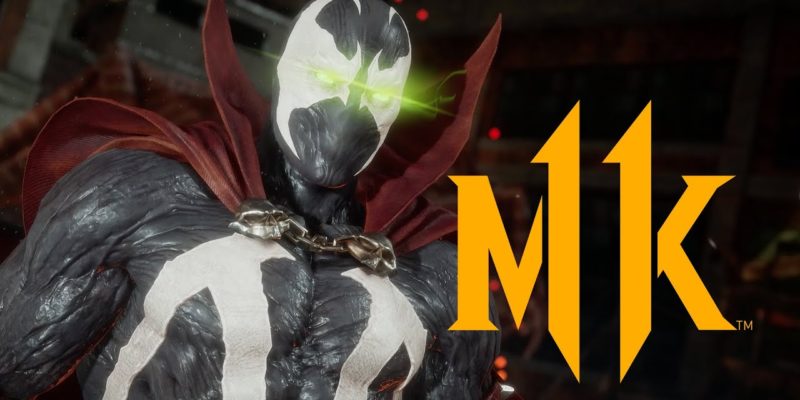 If there was any character from my ’90s childhood that better personified the decade, with its cheesy edginess and love of violent entertainment, it would have to be Spawn. But Todd McFarlane’s grouchy tough boy has been on the skids for a while. However, that didn’t stop him from being one of the most wanted characters for Mortal Kombat. Since his reveal in the Kombat Pack, players have been waiting for some sweet, bloody gameplay. During the Final Kombat event on Sunday, Spawn was finally revealed in all his grumpy glory.

Developer Netherrealm Studios hasn’t shied away from its love of guest characters in its fighting games. We’ve seen the Predator blow holes in Johnny Cage in Mortal Kombat X, and Hellboy fistfight the Teenage Mutant Ninja Turtles in Injustice 2. With Spawn, however, Mortal Kombat 11 is actually his second venture into fighting games. He fought alongside Mitsurugi and Siegfried in Soulcalibur II in 2002. But ol’ Spawny didn’t quite fit in with the rated T for Teen crowd, even with his cute, little axe. He needed Mortal Kombat.

With Mortal Kombat 11, the dark and violent hellspawn finally has a place to sharpen his claws. The gameplay video showed off what Spawn can do when the ESRB isn’t putting him down. He uses melee weapons, such as a club and sword, as well as hooked chains and loads of guns to rip foes to shreds. And unlike in Soulcalibur, Mortal Kombat 11 will make full use of his “living” cape, allowing him to attack with it as a weapon, or use it to glide through the air.

Spawn puts on a hell of a show, even bringing his boss Malebolgia in for a cameo. I think what I love the most is how Spawn feels so authentic in his Mortal Kombat 11 debut. He moves slowly, with confidence, and isn’t afraid to let guns and his chains do some dirty work. The gameplay video also showcases some iconic costumes, such as Commando Spawn and his classic look from his earliest comics. I wonder if Curse of Spawn will show up in some way? It’s all tied off with the vocal performance of Keith David, who voiced the character in the late-’90s animated show on HBO.

The Legend of Heroes: Trails of Cold Steel III has a demo out now