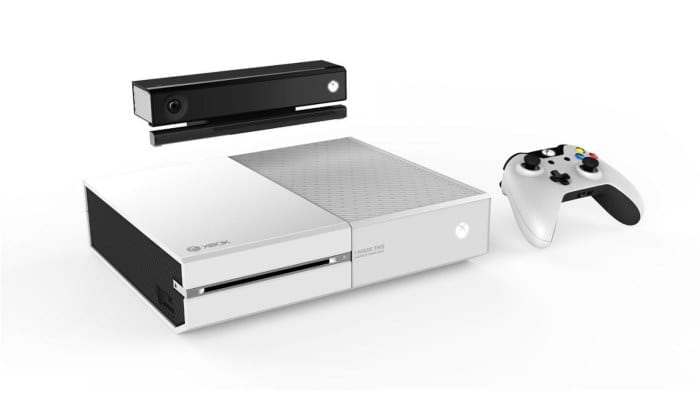 In case you’re not aware, a special edition white Xbox One was made and given to everyone who helped create the console. the console also had “I Made This, Launch Team 2013? written on it. It’s unknown exactly how many of these there are but they were never made available to the public and so are very sought after by collectors.

It comes as no surprise then that Dual Shockers have reported that one of these Xbox’s is now selling on Ebay for a whopping $2,699.95. The console also comes with the special white controller, Kinect, a second black controller and all the wires. The seller is very kindly offering free shipping via FedEx. Some people may argue that this isn’t something that should be on Ebay due to its personal nature but the listing doesn’t state whether the seller was one of the people who helped create the console or whether he/she got it another way.

Whether or not you agree with the price it’s going for you have to admit it’s an interesting auction. It’s also worth noting that right now these things are fairly common but as the years go by these things will become rarer and rarer and so will only increase in value as they are essentially a huge part of gaming history.

You can see the auction (and bid) right HERE.

inFAMOUS: Second Son has a cool feature that occurs when your controller runs out of juice