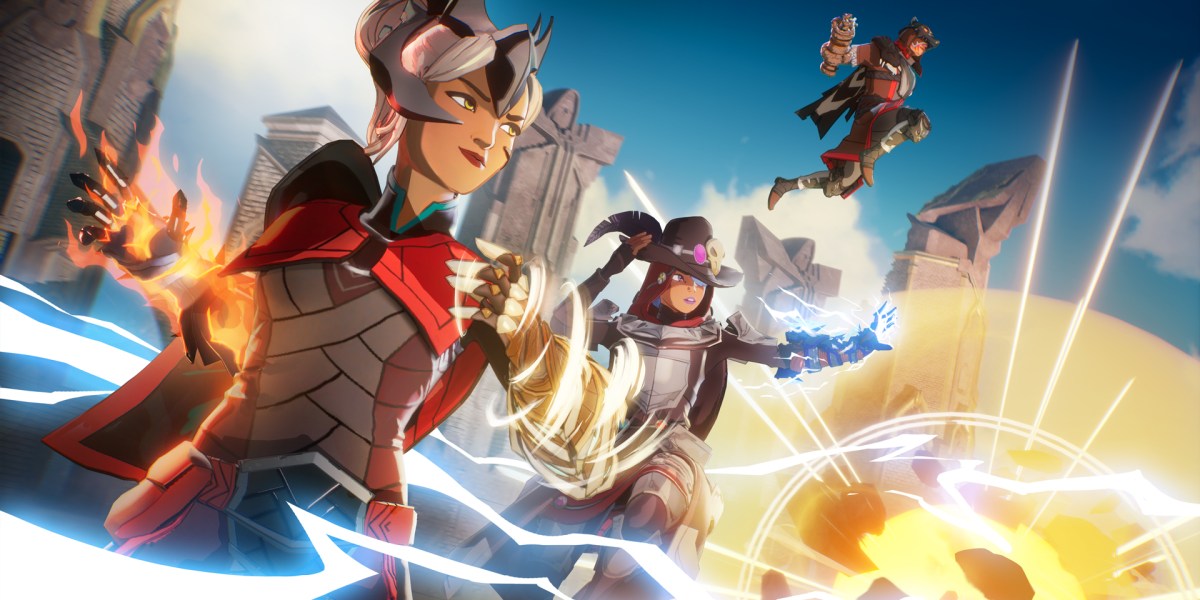 Proletariat has shared the patch notes for the next big update coming to Spellbreak called the Prologue. The update is the beginning of the Chapter System, which will bring a lot of narrative and progression content to the magical battle royale. The Prologue, titled The Gathering Storm, will introduce players to the Order of the Vowbreakers and begin the journey into the mysteries of the Hollow Lands.

The Spellbreak Prologue will be out at 10 AM ET on October 22, and it’s free for everyone. Along with the lore content, there will also be new missions, consumables, Talents, and even a new game mode. Plus, there will be some Halloween-themed cosmetics for sale in the store.

The Gathering Storm is Spellbreak’s first real venture into storytelling – the very short introduction in the tutorial doesn’t count. The team sounds excited about what they have planned. However, the Spellbreak Prologue patch notes specifically mention that they will be listening to feedback to evolve the system as the game progresses. Nothing is set in stone. 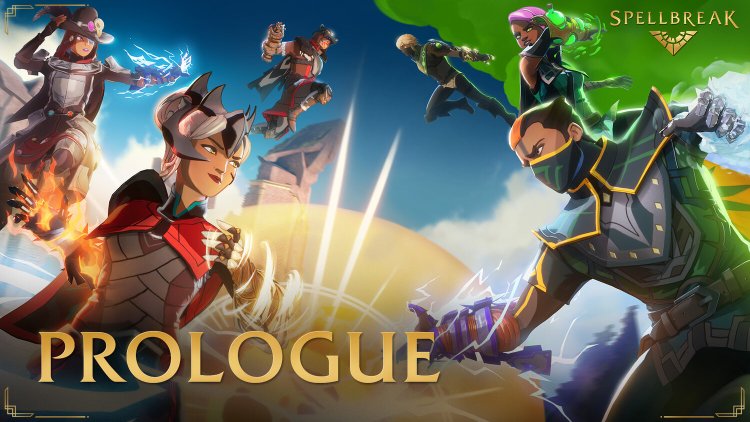 The Prologue has 25 Reputation levels of exclusive rewards for you to earn by completing missions for Avira Emberdane. These rewards include Outfits, Cloudbursts, Afterglows, Titles, Cards, and in-game Gold. There will be new quests every week to keep you coming back for more.

Spellbreak is a fast-paced battle royale. Combat is chaotic and requires good character control and knowledge of the various elements to outplay your opponents. It can take a bit of time to get used to. Enter, Clash mode. This team deathmatch puts two teams of nine players against each other in a more head-on battle than the battle royale mode. Each team is made up of three squads of three. 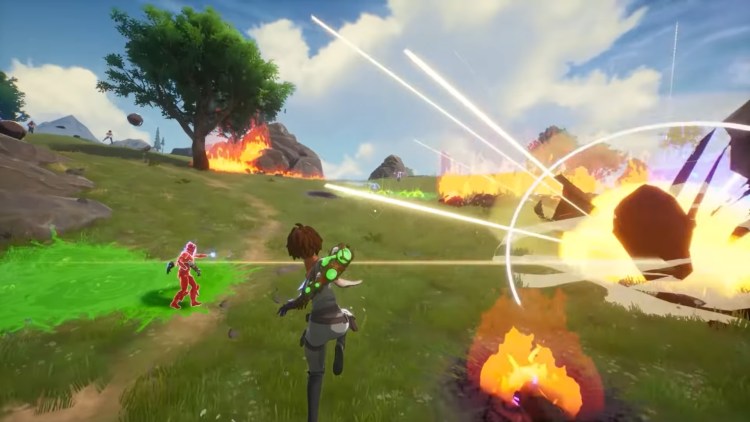 You can die as many times as you like, but the first team to reach a certain number of eliminations wins. It’s meant to be lower stress than the battle royale, and gives players a chance to practice and hone their combat abilities. You can still loot and gather gear. However, you won’t lose your stuff when you die. You will drop copies of what you have for your murderer to loot.

A talent for magic

The Spellbreak Talents have seen a lot of rebalancing with the Prologue, and you can check all the details in the patch notes. There are also three new Talents arriving in the Hollow Lands. They are Vigor, Foresight, and Ambidextrous. Vigor will increase your maximum health, making you tougher to take down. This paired with the Recovery Talent will give you a lot of health to work with. 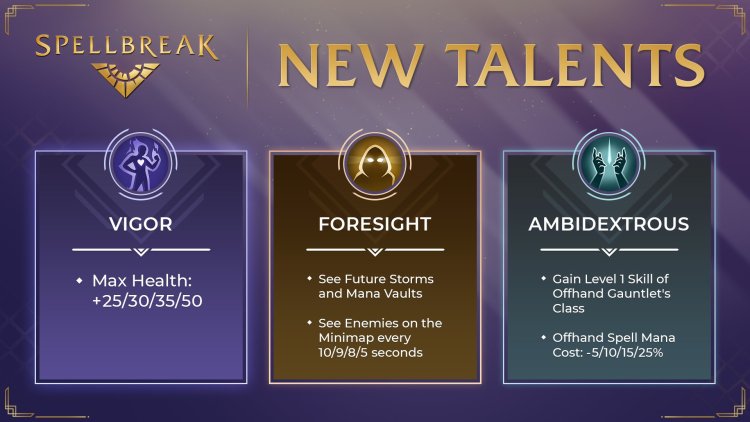 Foresight allows you to see ring locations and upcoming Mana Vaults. It also pings enemies on your mini-map every few seconds. This Talent will be incredibly powerful in the mid-game. However, it’s not going to secure you a win in the final circles. I still think Scavenging or Fervor are better choices, even though they both got nerfed.

The final new Talent is Ambidextrous, and it sounds amazing. It will give you the level one skill from your offhand Gauntlet. Think about that for a second. You can change your offhand Gauntlet throughout the game to get new skills to suit your situation. Plus, the level one Skills are almost all excellent. Ice Trails to skate on, Toxic Puddles to slow people, bonus armor and armor regeneration with Stone, Wind Jumping, incremental damage increases with Lightning, and more fire with the Fire Gauntlet. This Talent is insanely good. It’s going to be very tough to not take Ambidextrous.

There are of course some bug fixes and minor updates in the Spellbreak Prologue patch notes, too. You can read through them at your leisure on the game’s website. Good luck out there, Breakers.

By Leo Gillick3 mins ago
News

By Sam Robins51 mins ago
News