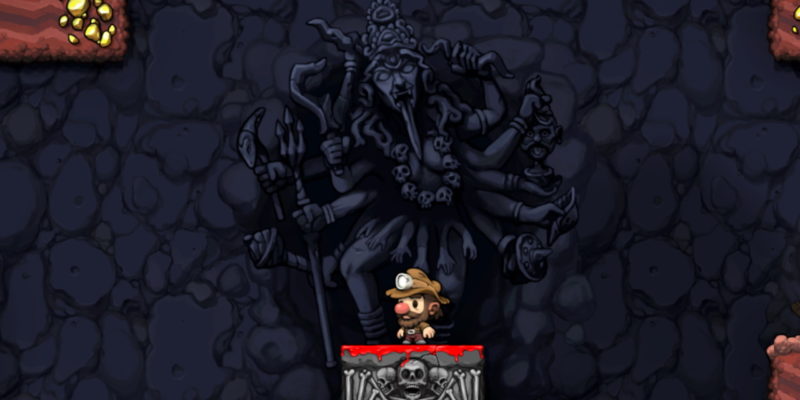 Throughout your time playing Spelunky 2, you’ve likely come across at least one Kali Altar. These strange stone altars don’t exactly explain themselves well and without prior knowledge, it can be hard to figure out what they do. Of course, like the many other secrets of Spelunky 2, there’s great power in the unknown.

How the Kali Altar works

There are effectively two different interactions a player can have with a Kali Altar. The one you want to avoid is destroying the altar. Doing so with either a bomb or capable weapon can have grave consequences. These effects vary from a wave of enemies spawning on you to receiving a harsh ball and chain mobility debuff.

The more useful interaction comes in the form of sacrificial rituals. By offering the lives of various NPCs to Kali, you can net yourself some favor. At certain amounts of favor, the goddess will gift you useful items as a reward for your service.

Kali is a greedy goddess who doesn’t value all life equally. Depending on the NPC sacrificed, you will receive a varying amount of favor. Because of this, you should prioritize sacrificing more valuable NPCs to earn those item rewards quicker.

Kali values useful NPCs above all else and will reward an impressive eight favor for each offering. This includes pets, shopkeepers, and spelunkers. The inclusion of spelunkers means that you can sacrifice both your co-op friend as well as yourself. I don’t recommend the latter, but if you have the Ankh, you can sacrifice yourself for favor and then come back to life. 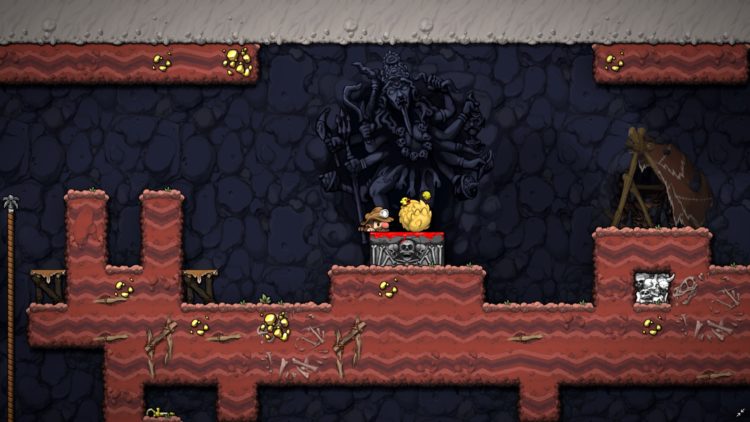 I’d normally feel bad for sacrificing an innocent soul to the goddess of blood and murder, but these Horned Lizards caused me so much pain early on that they deserve it.

Some other unique NPCs such as hired hands and leprechauns will earn you four favor instead. The former is particularly useful as by sacrificing two dice from the Gambling Shop you can get a guaranteed hired hand. Afterward, you can trade him in for some easy favor. Keep in mind though that all NPCs are worth half as much favor if delivered dead.

The majority of regular enemies in Spelunky 2 will give either one or two favor when sacrificed. Because of this, it’s only worth sacrificing these if you luck out and several of them are grouped together.

So, you’ve sacrificed every NPC and are now ready to receive your gift from Kali. From my testing, there are three major consistent rewards you can get. At eight favor, Kali will give you a random item.

As for what item you can expect, it’s hard to say. So far I’ve received a Cape, Compass, Pitcher’s Mitt, Spike Shoes, Spring Shoes, Spectacles, and even a Skeleton Key. Unless I’m missing something, it appears to be totally random and I’d imagine there are even more items I’ve yet to earn. Consider this a good way to get a useful item, but not a good way to get a specific useful item. 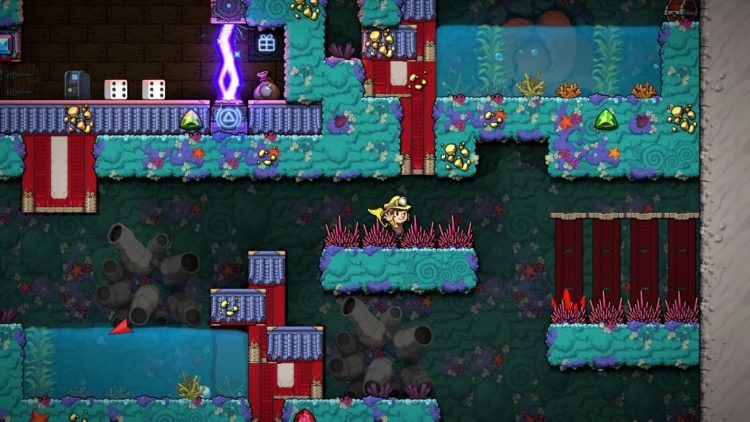 Many items provided by the Kali Altar can save an otherwise lost run. For example, the cape allows you to safely land on spikes instead of being impaled like normal.

At 16 favor Kali will bestow upon you the Kapala. The Kapala is a unique passive accessory that collects the blood of your enemies. Every time you fill it up, you will gain one heart of health. This is particularly strong when coupled with Vlad’s Cape, one of the vampire lord Vlad’s unique drops. His cape doubles all enemy blood drops effectively doubling the healing potential of the Kapala. Ccollecting both in a single unseeded run can be challenging though.

At 24 favor Kali will reward you with a Royal Jelly. The Royal Jelly is a rare healing item in Spelunky 2 that gives you six health points when consumed. That’s the most of any item in the game. You can continue to earn more Royal Jellies with every eight favor gained after the initial 24.

Getting the most out of it

If you’re looking to optimize your gameplay, then there are a few miscellaneous outcomes of sacrificing certain items. For instance, sacrificing a high-value NPC can instantly cure you of the curse and poison debuff. However, doing so will not return the health that you previously had before getting cursed.

Also, there are multiple unique items in Spelunky 2 that can only be obtained via the Kali Altar. These are the Golden Monkey and the Egg Plant. The former can be found by sacrificing a Golden Idol to Kali. Golden Idols are always booby-trapped though, so be careful when trying to get one. 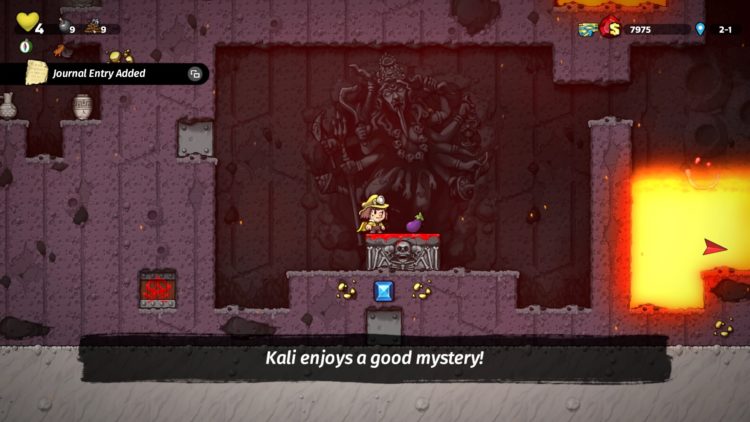 Frankly, this isn’t worth the effort since all the Golden Monkey does is drop money over time. Even if you gather all of its drops, you’ll barely cover the price of the Golden Idol that you sacrificed. Therefore you’re better of just taking the Golden Idol to either a shopkeeper or the end of the level to make some quick cash.

As for the Egg Plant, this requires you to offer a Present to Kali. Presents are somewhat rare items that can only be purchased from shopkeepers for around $8000. These can’t be taken between levels in Spelunky 2, so you’ll need to luck out and find a level with both a shop and Kali Altar together. A detailed guide on what the Egg Plant is used for will follow in the near future.

The Survivalists: Where to find metal ingots, gold ingots, and gems

Baldur’s Gate 3: How to select all party members