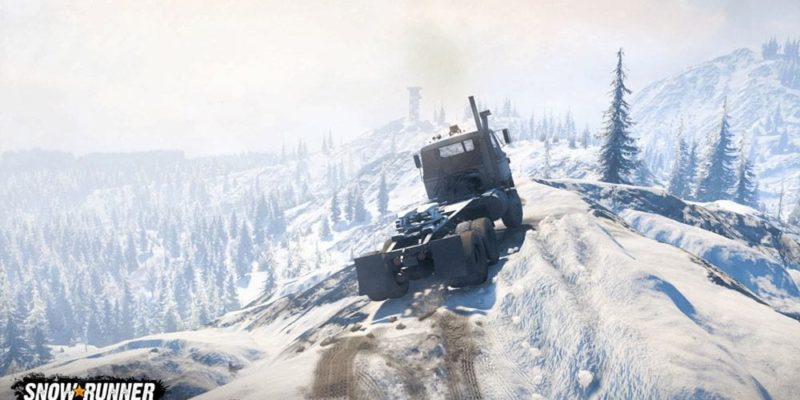 Focus Home Interactive and Saber Interactive are back with another update on Spintires MudRunner 2. First announced earlier this year, and then given a soft reveal just a few months ago, there hasn’t been much information or media surrounding the incoming sequel. But now, coming out of Gamescom 2019, the new game has been shown off more than ever before.

For starters, MudRunner 2 is now going to be known as SnowRunner. On top of that, the entire ‘Spintires’ title is being dropped, with the full name now being: “SnowRunner: A MudRunner Game“.

Another big change is that SnowRunner will be coming to PC as an Epic Games Store release. Yes, that’s right—yet another release that’s snubbed Steam in favor of the Epic Games Store service. This has been the cause of a lot of strife throughout 2019, and it looks like that will continue to be the case rolling into next year. If you’re one of the folks who are still against some studios flocking to the Epic Games Store, it seems like it’s something that will be easier to accept rather than reject considering how often it continues to occur. But, that’s neither here nor there—back to the main game.

As suggested by its name, SnowRunner will now feature off-roading through maps that are covered in the thick, white powder. This was teased a few months ago, but it clearly is the most major new feature of the game. The snow offers a different gameplay experience than the typical mud and dirt, though that classic style is still present. One of the new snow-based gameplay elements is taking on the challenge of snowdrifts, utilizing the game’s “unprecedented physics simulations.”

Here’s how the treacherous action looks in the new gameplay trailer:

In addition to the snow-covered maps, this new trailer also confirms a lot of other details that were previously hinted at: there will be different types of cargo other than just logs, the visuals have been improved, and a new selection of licensed vehicles.

According to the official post on the Focus forums, more consistent news updates about SnowRunner will begin as of today. This includes development news, media (screenshots and videos), along with other updates.

SnowRunner will launch on the Epic Games Store, along with consoles in 2020. It was originally supposed to launch this year, so this update confirms that the game has been delayed. No doubt, this was done for polishing purposes. A specific month has not yet been revealed, however.

Oddworld: Soulstorm will release as an Epic Games Store exclusive next year