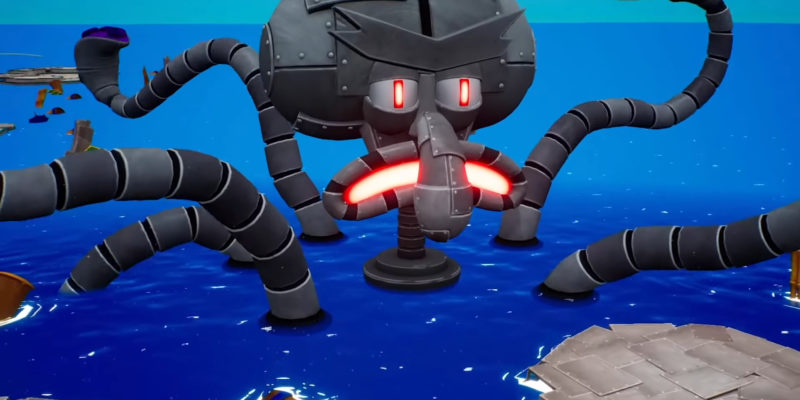 Are ya ready, kids?! Whooo faces against Robo-Squidward under the sea? SpongeBob SquarePants! Everyone’s favorite subaquatic sponge-man-thing will join a friend to fight waves of enemies in SpongeBob SquarePants: Battle for Bikini Bottom – Rehydrated. The upcoming remake includes a multiplayer horde mode, and we have a trailer showing you what that’ll be like.

Here’s a hint: it’s a bit strange. But what else can we expect form something like SpongeBob? In this two-player horde mode, you and a friend smash through waves of enemies while a giant, Robo-Squidward flails its metallic tentacles in the background. You can choose to play as SpongeBob or one of his many friends (or enemies), as you take on robotic hoards across a series of small islands. Levels are themed as well, such as the dessert island (no, not desert), the one shaped like SpongeBob, and, um, a partially inflated arm float.

The mode is included in SpongeBob SquarePants: Battle for Bikini Bottom – Rehydrated, a remaster of the 2003 game clearly everyone asked for. Horde mode will include seven playable charaters, duking it out across 26 islands. It supports two-player co-op only, but can be played online or on the couch using the same screen.

From what we can gather, Robo-Squidward was a boss cut from the original. He’s been refactored as horde mode overlord here, but he’ll likely make an appearance in the main campaign as well. 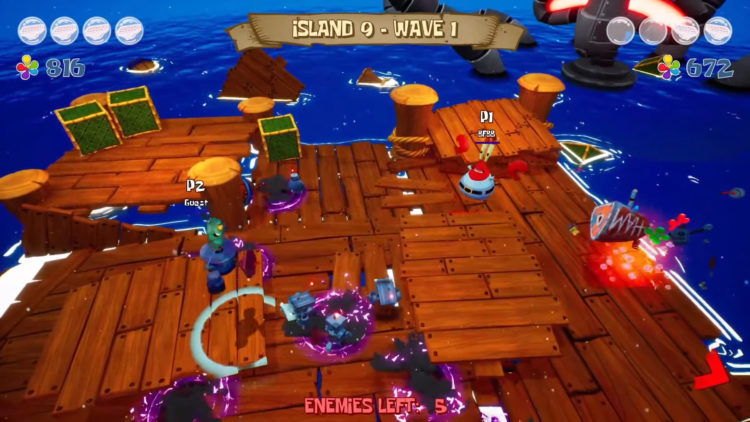 This might be one of the few times Mr. Krabs and Plankton work together.

Hijinks under the sea

SpongeBob SquarePants: Battle for Bikini Bottom – Rehydrated includes the aforementioned horde mode and more. Its main game from 2003 has been completely brushed up in high definition, and includes content cut from the original. In it, SpongeBob and his grating laugh faces against Plankton and an army of robot minions.

The game will launch for the PC on June 23 for Steam and GOG.