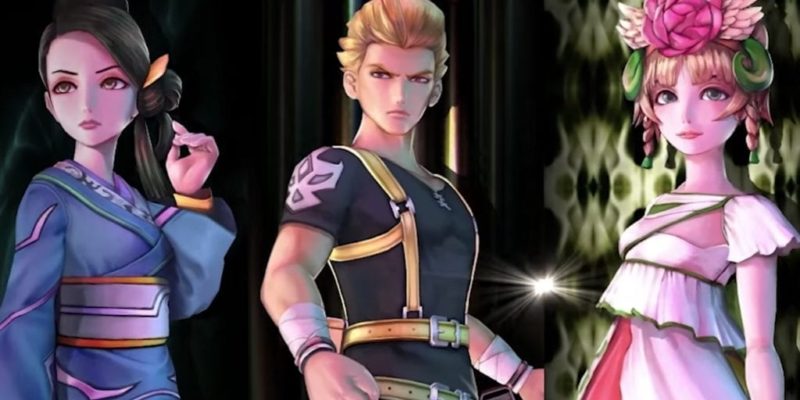 At Square Enix’s E3 conference it was revealed that two entries in the SaGa series will be localized for English and brought to PC: Romancing SaGa 3 and SaGa Scarlet Grace: Ambitions.

The SaGa series was created by Final Fantasy XII producer Akitoshi Kawazu, and it is known for its open gameplay, as well as its strange and esoteric mechanics. It has enjoyed considerable popularity in Japan, but ever since the multiplatform release of Romancing SaGa 2 in 2017, SaGa has not seen a release outside of Japan.

Romancing SaGa 3 was originally released for the Super Famicom and is considered a classic of the 16-bit generation. This port marks the first time it has received a localization in English. Similar to Octopath Traveler, the player chooses from eight available player characters and follows their story through the game.

SaGa Scarlet Grace: Ambitions is the latest game in the series, and it focuses on four protagonists’ stories: a farmer, a noble, an executioner, and a ceramicist. Scarlet Grace was originally made for the PS Vita, and Ambitions was a port of the game for other platforms that added voice acting, expanded story content, additional characters, and music, as well as mechanical tweaks. The English localization will include all these changes at release.

Having played the Japanese version of Scarlet Grace on PC, one thing that stands out about the game is how easy to understand the mechanics are compared to previous entries in the series. They make it an easy point of entry for new players. Hopefully, this will help newcomers to the franchise come to love these games when they finally come westward in the near future.

Are you excited for these newly-translated SaGa titles? Will you be grabbing them for PC? Let us know your thoughts in the comments!

Outriders from People Can Fly coming next summer

By Greg Bargas53 mins ago
News