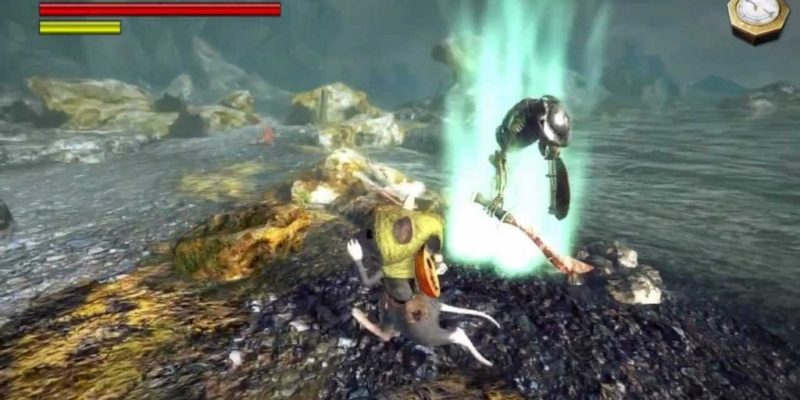 Lionel “Seith” Gallat is a chap with lengthy experience in animation. He worked for Dreamworks on productions like The Prince of Egypt and SharkTale, before becoming Universal Studios’ animation director on The Lorax and Despicable Me. Now, he’s set up as an apparently one man (well, two, Jeremiah Pena is credited for music) game studio.

The game he wants to make, Ghost of a Tale, is inspired in part by the Nihm and Redwall book series’, as well as games like Zelda and Dark Souls. Gallat is humble in his IndieGoGo pitch, saying that such titles “are mere inspirations; this project can obviously not expect to compete on equal footing with those amazing games.” His stated intent is to create a “small yet beautiful game … I’m really trying to recapture the sense of wonder I felt as a kid when I discovered the games from the 80s and early 90s. But with a AAA quality (as far as I’m able) that’s very much up-to-date.”

To do that, he estimates that he needs 45,000 Euros so he can hire some of the people who’ve offered to work on the project.

In Ghost of a Tale you’ll be playing as a small, clothed mouse who’s on an adventure in a medieval, animal populated world. Its opening act will take place on the Island of Periclave, which now appears to be populated by undead rat skeletons.

Watch the alpha footage video, below, and hit the IndieGoGo site if you fancy helping to fund Gallat’s efforts.

By Cameron Woolsey13 mins ago