It seems almost unreal to be writing this sentence, but last week the music industry became more progressive about global release dates than games. The music industry. That’s a set-up which for a decade or so thought ‘digital distribution’ was just a highbrow scientific term for where fingers are located on people’s hands. 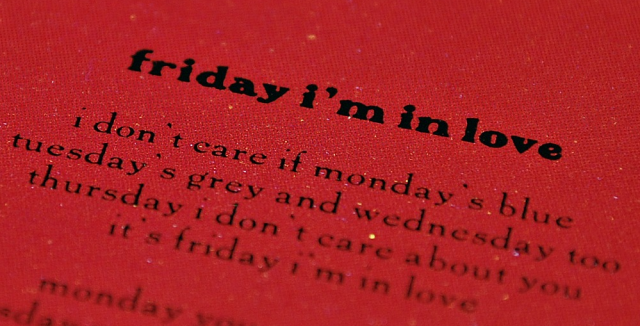 Like Robert Smith, the music industry is now quite keen on Fridays.

After enough poking and prodding from the International Federation of the Phonographic Industry (IFPI,) an organisation described by Rolling Stone as the “music-biz United Nations,” the global industry agreed to a policy of release date standardisation. Wherever you are in the world, from this summer new albums and singles will come out on Friday.

I don’t think this is an ideal solution because it still adheres to an outdated idea of a specific, weekly ‘street date.’ I’m not sure what happens, for example, if you really, really want to release your new thing on a worldwide Wednesday instead. Maybe you’re not allowed to? That would be an unreasonable restriction.

But it’s better than the previous situation where a released album might be unavailable for days (or at times much longer) just because a person lives in a certain country. An industry would have to be completely mental to stagger release dates in that fashion, especially if it were one which regularly provided entertainment goods that people on different continents are intended to experience and play together at the same time. 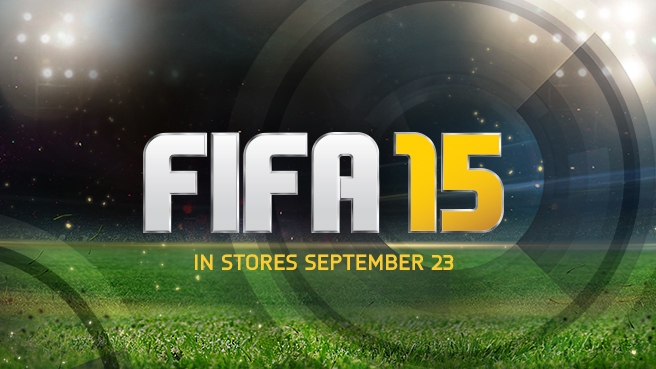 *As long as you live in North America.

It’s 2015. Nonetheless, there will still be dozens of PC games released this year which I (in the US) will be able to download and play on a Tuesday, but my IncGamers colleagues (in the UK) won’t be able to touch until the following Friday. We’ll both be using Steam. We’ll both have paid … well, a similar-ish price (that’s a whole other article.) But for thanks to the decaying husk of traditional, national distribution dates, we won’t be playing the game at the same time. At least, not without some VPN trickery.

For an industry that at times has been pathologically obsessed with blaming any lost sale, real or imagined, on piracy, this has always felt like an awfully big invitation for impatient people to start hovering their mouse pointers over a tantalising torrent link. I’m not saying that’s justified, but I am saying it could happen less if the three day window between release dates was removed.

Staggered release dates have affected how IncGamers covers games too. Our dealings are primarily with UK PR and marketing people (you’d be amazed how many game PR departments can’t handle the concept of a publication with writers on different continents,) which in turn means a lot of UK code. Unless the code is for one of the increasingly rare press/beta builds, it often doesn’t become playable until several days after the US version is already out. As a result, our review schedule can fall three days behind in relevance and pieces like “is the PC version any good?” become of far less value.

Whenever possible, we like to warn people about bad PC games/ports ahead of time. Not after the fact. Staggered release dates make this a little bit harder to achieve. 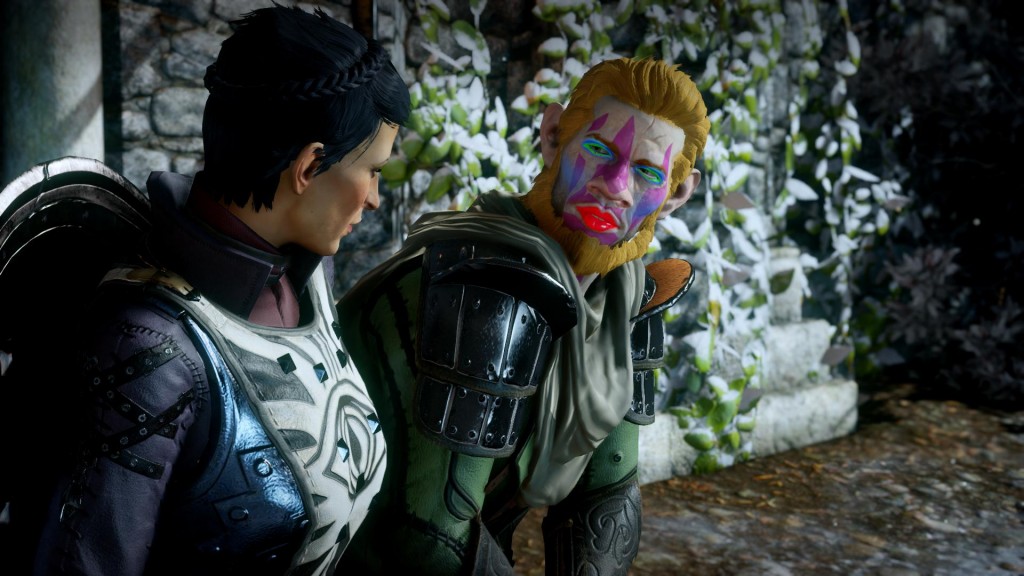 Tim had to sit on his Dragon Age: Inquisition code until it unlocked in the UK, which meant you saw this beautiful face about three days later than planned.

Matters have improved a bit over the past couple of years, with more titles (especially on PC) adopting a universal, worldwide release date. Batman: Arkham Knight, to pick a blockbuster example from 2015, will apparently come out everywhere on 2 June. But I still find myself writing too many news pieces where the US and European release dates are split. Even this feels a bit too parochial in scope, and doesn’t take into account the times where countries like Australia or Japan have another, even more distant or strange, release date.

Again, the singular release date method adopted by the music industry last week isn’t necessarily a panacea. Indie labels have expressed worries that they’ll get buried under a deluge of mainstream releases with heavier marketing budgets; and as a games writer, I’m not embracing the idea of one week-day becoming stupidly busy above all others.

Specific, national release days are a holdover from a time when all media was distributed physically, requiring organised delivery chains and the like. Co-ordinating retailers, distributors and the rest to an altered release schedule would be a tremendous task, but one which shouldn’t be an insurmountable barrier. If the music industry can sort it out, so, in theory, can games.

For digital releases, the only thing preventing a synchronised worldwide release date is the prevailing (though also waning) influence of physical retailers and a lack of co-operation between global bodies. 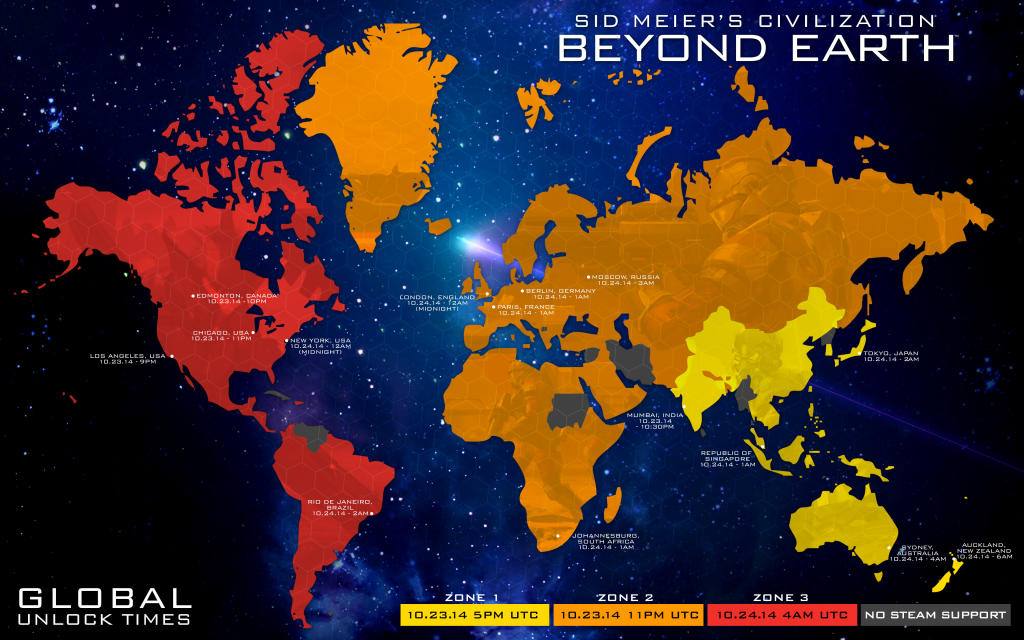 This is one of the better ones, but it still required a chart.

Perhaps this is why games still persist with staggered release dates. There are several national bodies representing gaming interests. The Entertainment Software Association (ESA) provides a collective platform for US publishers and representation in legal matters like the 2010 Supreme Court ruling. UK Interactive Entertainment (UKIE) is a similar trade body for those in the industry.

But to my knowledge there is no unifying, international organisation like the music industry’s IFPI. Nobody to co-ordinate between groups like the ESA and UKIE, to hold meetings and hammer out deals between the invested parties. The International Game Developers Association exists for developers, but that’s an organisation for employees rather than those who shape, influence and dictate the economics of the business.

The lack of a centralised body might delay matters, but games will surely have to adopt a standardised global release date system sooner rather than later. The people putting money in the publisher’s pocket at an ever-increasing rate are us: you and me, out there, buying games directly and digitally. As soon as this revenue stream reaches a tipping point where it outweighs retailer influence, you can bet we’ll see further change. The industry which spent much of the early 2000s terrified of digital innovation has just managed it. Games have little excuse.

GOG’s Insomnia sale aims to keep you up all night