During Gamescom CIG gave backers a taste of what’s to come in Star Citizen 3.0, and while very occasionally it looked decent, there was a lot not to be impressed with. Our full report recaps everything that happened and we also shared our thoughts as the event wrapped up.

Friday is the day the studio releases their update report and anyone hoping for a load if critical bugs to be squashed to get 3.0 out the door will be disappointed. If Gamescom taught CIG anything, there’s more wrong with the build than they might have initially thought. That ramp crash with the Ursa Rover was classic CIG.

This week’s update chart is as follows and you can spot the increase in issues which will have arisen from Gamescom and getting it into the hands of the public. A couple more “Blocker” bugs were also added this week.

This week’s ATV took a look behind the scenes of the Gamescom presentation where the team explains what it was like to get the demonstration ready. ATV also includes another installment of the Burndown where the development team all look shattered. It was amusing to see the Miles Eckhart bug (see 7:11 in the video) where he’s curled up in a corner in the fetal position instead of sitting at the table. Perhaps he’s trying to tell us something. Even the NPCs are giving up hope. 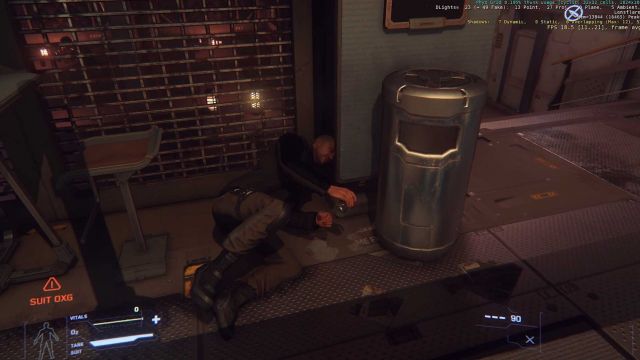 It’s always alarming to see notes such as  “Currently, performance and stability drop sharply once the active players in a server reach 12-15 players”. For a game that is supposed to be aiming for a large persistent universe, CIG could struggle.

Star Citizen development continues to chug along and CIG is still pushing their ship sales to bring in the cash. Nothing changes. 3.0 is now expected in October but don’t hold your breath, it’s looking a little ropey at the moment. 3.0 for 2018 perhaps?

We urge you to throw as much cash at this as possible. Clear your bank out and sell the house. They desperately need the money to make this a functional game because 158 million is not enough.