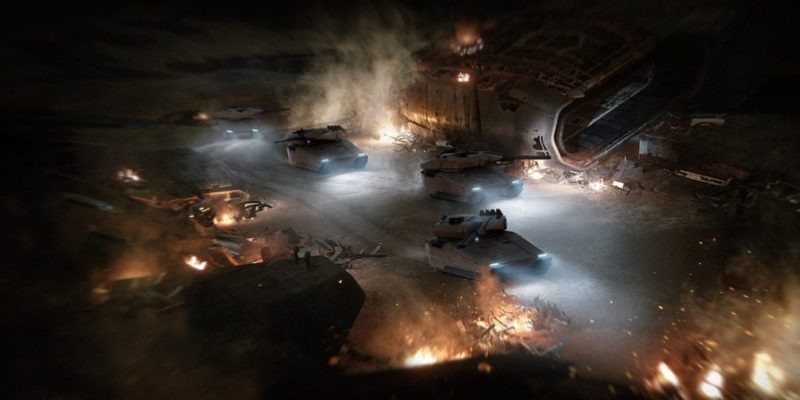 CIG is pushing the boat out when it comes to selling concept items and the latest jpg that’s being punted to the community is a tank.

Despite the fact that Star Citizen is nowhere near ready and could take forever to be in a releasable state, CIG has decided that what fans need now is a tank. The reveal came as a VIP exclusive so it’s not visible to mere mortals but the image of the full page can be seen below.

With the Squadron 42 stream event thing happening this week the timing is perfect to suck in some more cash and throw out another elaborate idea. Seriously, this is taking the piss a little. With a basic option being $95 going up to $725. CIG, seriously, GTFO.

Again, I will reiterate. Backers should avoid pumping more money into Star Citizen. With the Crytek legal case looming and CIG trying to entice players with new “features” such as the non-existant land acquisition, reveals like this stink of desperation.

If there is one thing that can save CIG it’s Squadron 42 but even then that’s a long shot as we have no idea how far out it is. Perhaps CIG will astound us this week with some actual news on how that’s going but don’t get too excited as the new footage doesn’t tell us very much. Update: The Squadron 42 live stream has been delayed 24 hours.

Click the image to enlarge it and below that is some art stuff to show what all that money may possibly be able to purchase if it ever became a reality.