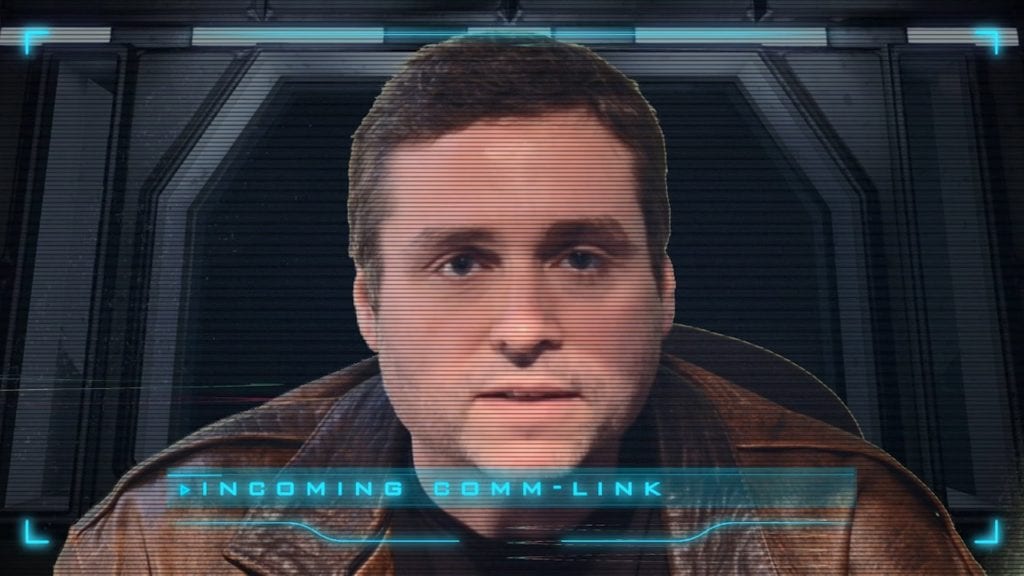 Some Star Citizen news today that is worth pointing out regarding the Squadron 42 campaign and the multiplayer mode which needs to be clarified.

When Star Citizen was pitched there was vague mention of a multiplayer mode in the single player campaign, it was never really clear what backers would receive, which is understandable at the early concept stage. The pitch read:

“Playable offline or online, co-op with friends, you sign up for a tour of duty with the UEE fleet, manning the front lines, protecting settlements from Vanduul warbands.”

As time went on there was a clearer picture of what Cloud Imperium were planning when Chris Roberts wrote in November 2012:

“The same instance system underpins the single player Squadron 42. If you’re playing off-line, your computer will be acting as the server and client, there will be no opportunities for friends to join and everyone will be an NPC. But if you play Squadron 42 through the Galaxy Server, even though your missions and space areas are pre-determined (you don’t get to pick where in the galaxy you are flying if you’re in the military) we will allow your friends to drop in / drop out to take over NPC wingmen and if you want extra skill ranking you can allow other players to drop in and take over enemy ace characters. This system is pretty similar to the Demon’s Souls setup where people could drop in as a Blue Phantom to help you kill a boss monster or fight off another invading player, or you could drop in as a Black Phantom to someone else’s world and try and kill them for XP and other gamerewards.”

This system now appears to have changed since Chris Roberts comments and instead of the drop-in/drop-out system for campaign missions, the Squadron 42 team will be creating seperate missions designed specifically for co-op. It’s not unusual for a game with a strong storyline to have special co-op missions outside of the campaign.

This change in direction was confirmed by Erin Roberts in this week’s live chat session with team.

“We want you to fly with a large wing. We talked about putting multiplayer in Squadron 42 a while back but there were a couple of reasons why we didn’t.

“1. You can’t do a strong storyline because you have to worry where everybody else is and what they are doing in the story.

“2. We did multiplayer when we worked on Starlancer. We put in a full four player but it made it harder to do a strong storyline so in Squadron 42 we want to have a strong storyuline and also we want you rto be able to play it offline.

“Because of that we can take a bunch of scenarios in the game, create them into one-off big scenarios and have a bunch of guys fly together. So you’re not so worried about the storyline. So that’s what we plan to release.”

Erin then goes on to say that the multiplayer missions will not release with Squadron 42 but will be added “just after”.

Jumping from Consoles to PC — Not As Scary as You Think

Endless Space 2 will be drifting out of Gamescom