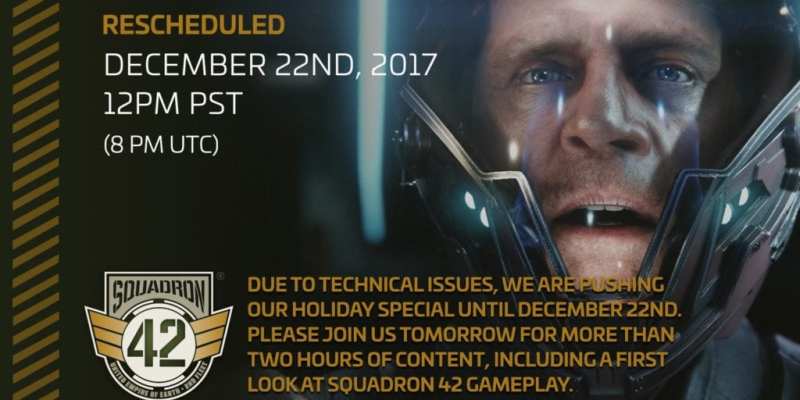 Bad news for anyone wanting to watch the latest Around the Verse today which was to feature a load of Star Citizen Squadron 42 information. CIG has announced that the stream has been rescheduled for tomorrow 22 December.

Due to technical issues, we are pushing our Holiday ATV Special by 24 hours.

As you can imagine, there are multiple pieces that we’ve been pulling together for this episode, which is now running around two hours in length. We’re also planning on finally revealing some long-awaited Squadron 42 gameplay. In the course of going over final reviews this morning, we’ve encountered a few technical issues. Though the team is still hard at work to quickly resolve these, we didn’t want to delay the Holiday Special to a later time or inconvenience our backers around the world. Pushing the episode a day later felt like the best option to accommodate our global audience.

We hope you can join us tomorrow for this very special episode.

Two hours is a long show and hopefully the “issues” can be ironed out. Perhaps they are having an emergency meeting today to explain wtf they are now selling tanks.