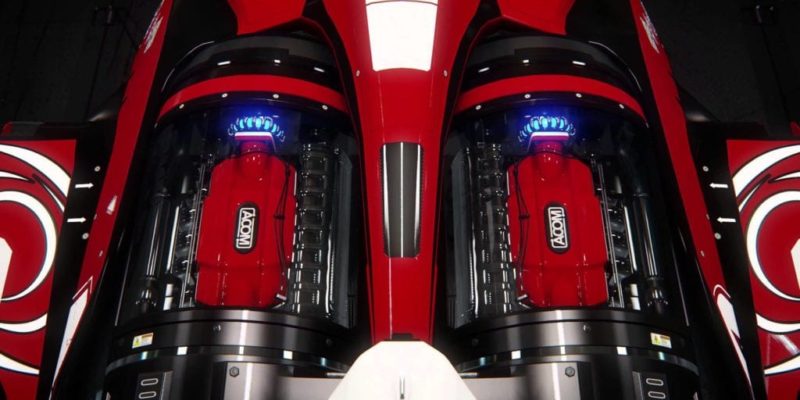 A new trailer for the Origin M50 ship reveals the horrifying truth; that a version of Jeremy Clarkson still exists in the future. Still, Star Citizen’s new race mode and ships are a fine excuse for a bit of Top Gear parody.

Arena Commander v0.9 launched earlier today bringing that ability to race and the ability to spend more real life money on space ships, including the M50.

The “Galactic Gear” video for the vessel recreates an eerily accurate version of a Top Gear presented, right down to the weird intonations and inflections of tone that are in that show. You know what I mean. Presenters who end all of their SENTENCES … like this. Some people end all of their sentences like a question. Top Gear presenters end them all like a tonal roller-coaster.

Anyway, this trailer understands that, and also manages to nail some of the review structure and dialogue, like “the nose cone has grown what I can only describe as a moustache.” Worth a look, even if you’re not all that interested in Star Citizen.

They’ve even put out a special advertising brochure for the M50, which you can have a look at here. That $53 squillion dollars is definitely being shoved back in to some convincing back-story/lore (which, just coincidentally, is marketing materials to sell more ships.)

You can actually watch this in 4k too, if you have a capable monitor.

Game Expo Scotland cancelled due to lack of publisher support