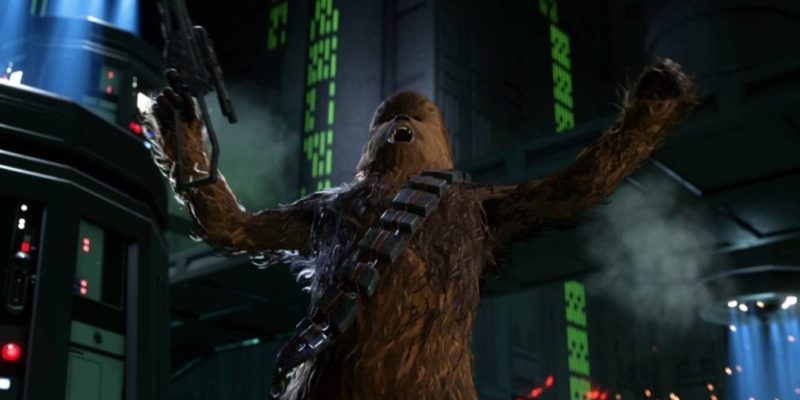 In response to a wave of criticism about the length of time needed to unlock heroic characters in Star Wars Battlefront 2, EA have reduced the in-game cost. The game isn’t fully released yet (that happens worldwide on 17 November), but early signs from the beta and ‘Play First’ periods made the unlocks look like a severely grueling process.

Estimates from players with access to those earlier sessions put the unlocking of top tier characters like Darth Vader in the realm of 40+ hours. And that’s if you dedicated yourself purely to that pursuit. EA’s initial reply to these concerns didn’t go down very well, with this particular Reddit comment earning itself (to date) 453 thousand down-votes. Reportedly a record for the site.

Even a game expected to sell a few million can’t really afford to have almost half a million people upset about fundamental design features, so EA have (partially) capitulated. The unlock costs for Battlefront 2 heroes will be reduced by 75% on launch. “Luke Skywalker and Darth Vader will now be available for 15,000 credits; Emperor Palpatine, Chewbacca, and Leia Organa for 10,000 credits; and Iden at 5,000 credits,” the post states. That change is also happening today for anybody playing the game early.

Based on the prior estimates, then, Luke and Vader will take closer to 10 hours to unlock. Others could take something like 3-7 hours. Again, these are estimates based on data from current players. Clearly though, it’ll be quite a lot quicker now. Collective action gets results.

EA/DICE will be continuing their damage control efforts on Wednesday, with a Reddit AMA featuring “key leads on our team”. The exact time for that has yet to be determined. I suspect it may still feature some rather pointed questions.

The full statement from EA reads:

Since the start of the project, listening to fans has been important in making sure Star Wars™ Battlefront™ II is the very best experience for all of you. We’ve done this with the closed alpha, through the beta last month, and our Play First Trial. And we continue to make adjustments based on your feedback as the game launches worldwide this week. Listening, and providing choices in how you play, will always be our principle with Star Wars Battlefront II. We want to ensure the game is balanced and fun both today and for years into the future.

Making games great comes from regular tuning. As one example, today we’re making a substantial change based on what we’ve seen during the Play First trial. There’s been a lot of discussion around the amount of in-game credits (and time) it takes to unlock some of our heroes, especially Luke Skywalker and Darth Vader. Unlocking a hero is a great accomplishment in the game, something we want players to have fun earning. We used data from the beta to help set those levels, but it’s clear that more changes were needed.

So, we’re reducing the amount of credits needed to unlock the top heroes by 75%. Luke Skywalker and Darth Vader will now be available for 15,000 credits; Emperor Palpatine, Chewbacca, and Leia Organa for 10,000 credits; and Iden at 5,000 credits. Based on what we’ve seen in the trial, this amount will make earning these heroes an achievement, but one that will be accessible for all players.

It’s a big change, and it’s one we can make quickly. It will be live today, with an update that is getting loaded into the game.

We’ve also been listening to how much you’re loving features in the game (Starfighter Assault, 40 player MP battles, Darth Maul lightsaber throws, etc.) as well as what you haven’t liked. We know some of our most passionate fans, including those in our subreddit, have voiced their opinions, and we hear you. We’re making the changes to the credit levels for unlocking heroes and we’re going to keep making changes to improve the game experience over time. We welcome the conversation.

In fact, this Wednesday we’d like you to join us for a Reddit AMA with some of the key leads on our team. Stay tuned to our social channels for more info on the AMA, and our blog for continual updates on what we’re seeing, hearing and adjusting in the game.

For those of you already playing, thank you. For those of you looking forward to playing the Star Wars™ game you’ve been waiting for, thank you, too. The team is fully committed to listening to our community, continually adjusting the game, and providing even more great Star Wars content over the upcoming months and years of live service updates. More to come.