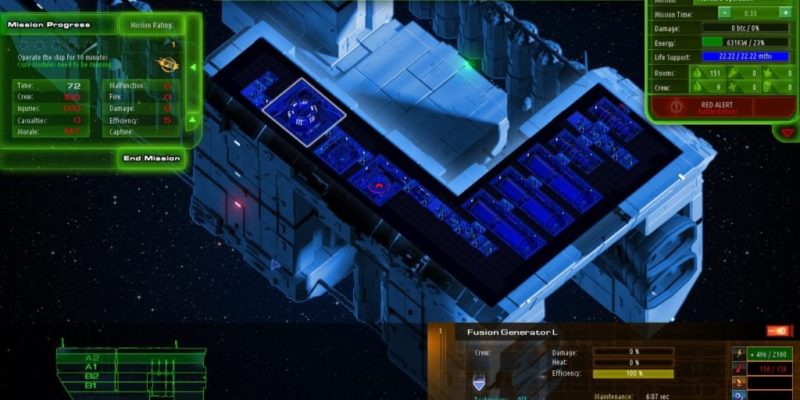 Iceberg Interactive has announced that sci-fi sim Starship Corporation will be heading to Early Access some time in Q1 of next year.

In Starship Corporation player must design, build and test space ships and then build a “galactic mega-corporation”. To achieve this ships will need to be sold, while at the same time players will take part in RTS missions and combat. At the shipyard, you’ll be able to design and market various ships for all types of clients.

Ships will have to be designed down to the smallest detail by placing the bridge, engines, generators, crew quarters, the position of each elevator, corridors, power lines and the like. There are 153 unlockable rooms to play with and 23 mission scenarios where you can test out your creations.

Hatoful Boyfriend: Holiday Star flies on to Steam next week

Shooting Stars is a game featuring a cat with laser eyes