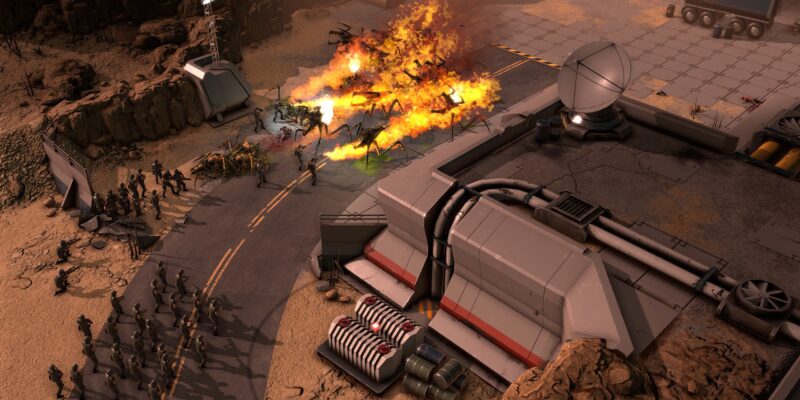 It’s been nearly two years since the reveal of Starship Troopers – Terran Command. But it looks like The Artistocrats’ bug-squashing vision is about ready to be experienced by everyone. Steam is doing its part, offering a demo for Starship Troopers during the upcoming Next Fest in October. Starting October 1, you’ll get an entire week to smash and burn alien bugs on the game’s arid planet.

The demo introduces you to two scenarios in Starship Troopers – Terran Command. One is apparently a secret, as the developer and publisher Slitherine didn’t go into any details. However, the press release does go over the scenario called ‘Peace of Mine.’ During this mission, you guide your Mobile Infantry to a central outpost. There, you must reactivate a nearby mining facility and “clear out all bug nests in the surrounding area.” It’s your typical smash and grab (and smash). Starship Troopers – Terran Command is a real-time strategy game. Much of what you will experience in the demo will be setting up troops for defense, along with kicking Arachnid ass.

“Releasing a Starship Troopers – Terran Command demo at Steam Next Fest was a key decision in the development pipeline,” said David Sharrock, executive producer of the game, in the press release. “We really want this game to deliver on the promise of a true Starship Troopers experience, and collecting feedback from the players is an important milestone of this process.” 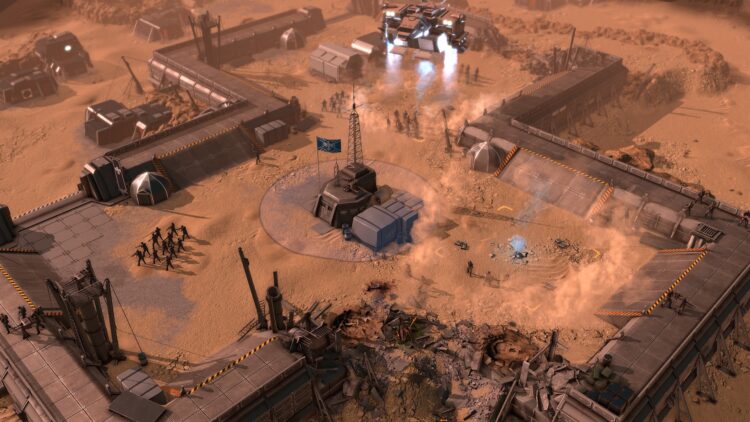 Starship Troopers – Terran Command won’t be out for some time, but it will contain lots of action for RTS fans. According to The Artistocrats, the game will release onto PC “in the next months.” The release date is still set for 2021 on its Steam page, so we’ll probably see it soon. It will be against some tough competition, so hopefully it doesn’t get swallowed by a bug hole. Terran Command will include an “immersive storyline” set across 20 chapters, dozens of unit types, and lots of blood and gore. Just how I like it.

Check out the Steam page for Starship Troopers – Terran Command and watch for the demo releasing on October 1. It will be live until October 7 at 1 PM ET.