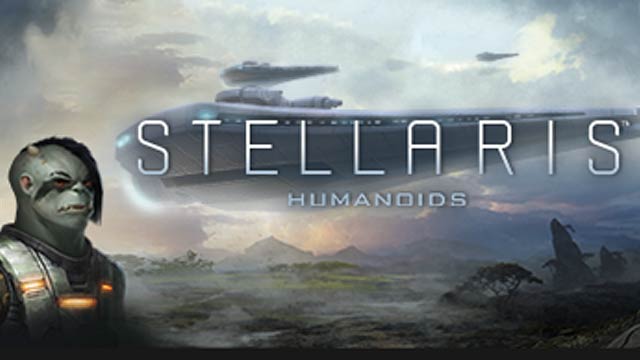 There is a new species pack being released for Stellaris on 7 December: The Humanoids Species Pack. In the dev diary announcing this pack, Martin Anward said that they had “a lot of extra art time” due to the code heavy nature of the work being done on the upcoming Cherryh update. So, due to popular demand, they decided to create a new species pack, and, because almost half of all games on Stellaris are started with some form of humanoid species, they decided to add 10 to the existing 5. This species pack doesn’t just include new portraits, however, there are also a new set of ships, a new city background, new music (well, sort of; 3 remixes of existing Stellaris songs), and 3 new VIR voiceovers.

Firstly, the portraits. They all look great. You can now play as space dwarfs, space orcs/orks, space cyclopes, space demons and more. There’s great variety in these new portraits, and I’ve taken to them much more than the Plantoid portraits, from the other species pack. Having played a lot of Stellaris, and started an awful lot of new games, it’s refreshing to see new species around the galaxy. There is also a new Paradox-made species, the Voor Technocracy. Their backstory sounds very similar to one of the other pre-scripted species: environment on their home planet changed rapidly, forcing them to develop technology and become materialist. The Voor portraits are based on aliens present in two of the loading screens. I always wondered why they weren’t in the game. 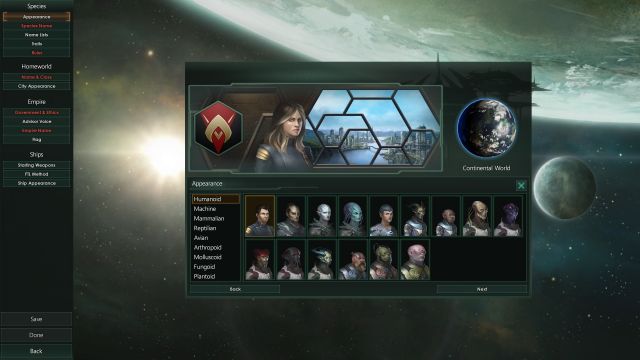 The new ships look fantastic. They’re already my favourite ship set. A vast improvement over the Mammalian ships which the Humanoids had to use before. They’re inspired by classic western sci-fi, and they look very sleek and advanced, unlike the blocky Mammal ships. Furthermore, they look more differentiated than the Mammalian ships. Being a massive fan of Iain M Banks I adore the Humanoid colony ships, which make me think of GSVs from the Culture novels. 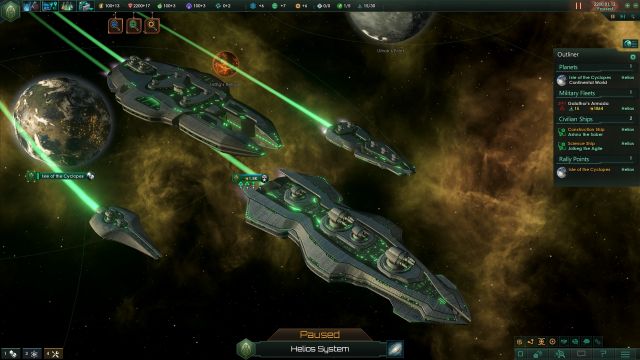 There are 3 new VIR voiceovers. I loved the introduction of different VIRs in the first place, so having more is always a welcome addition. The new voiceovers are called “The Soldier”, “The Diplomat”, and “The Technocrat”. Respectively these are disciplined militarist, dignified xenophile, and ruthless materialist. All 3 are good and fit into a niche left open by the other voiceovers, allowing for players to get a closer fitting VIR to certain types of empire. The new cities are barely noticeable, in the same way that none of the cities really are. Having said that, they are needed in order to differentiate the Humanoids from the Mammalians fully.

The new songs are remixes of already existing Stellaris songs. They sound alright, but I grew bored of the Stellaris soundtrack and muted it long time ago. I listen to music on Youtube or Apple Music whilst playing instead, so the addition of new songs is never something that interests me, but it’s good if you’re into that sort of thing.

These additions don’t add anything to the gameplay, obviously, but they’re great for further flavour, and add more galactic variation. As players Stellaris who regularly start new games will know, more species variation is always good. This new species pack costs the same ($7.99 USD) as the Plantoids pack, but adds more. So if you thought that was good value for money then I would definitely recommend this. Even if you didn’t get the Plantoids pack, if you want additional flavour and variety in Stellaris this certainly adds them.

You Can No Longer Buy Steam Games with Bitcoin