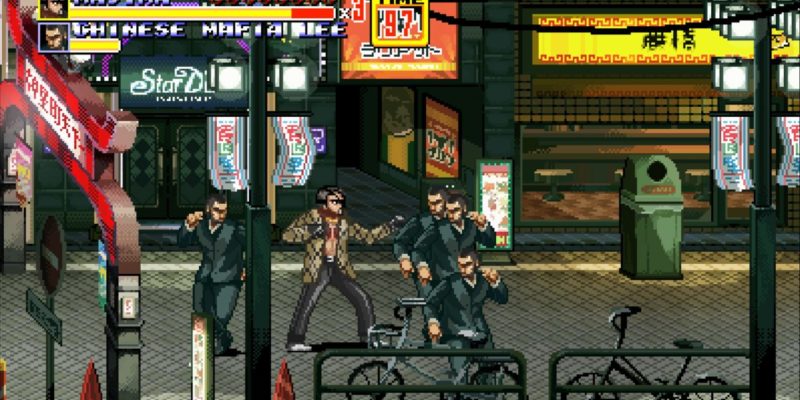 Today was the last day to pick up the Yakuza and Streets of Rage 2 crossover Streets if Kamurocho for Sega’s 60-year anniversary. While the game is short, this guide offers some tips and tricks to help you get through as many rounds as you can and bump up that high score.

To start off, all three of the characters in the game are reskins of Axel from Streets of Rage 2. The first trick, and this applies to many brawlers as well, is to stay on the left side of the screen for as long as possible. Enemies will only spawn or advance towards you when you cross an invisible line on the stage.

Keep to the left as much as possible and strike enemies one by one until there are none left. Some enemies will just stand there and watch you pummel their allies while waiting for their turn to go. You can easily stun lock all enemies, including bosses, with just jab. Simply punch an enemy and watch them reel back and shake. When their head turns back and they face towards you again, jab them again. Repeat until their health is low enough for a full fight-button press combo to defeat them. Make sure to also break all the garbage cans, tables, and other objects on the street for money for extra points.

If enemies ever start to crowd you, your special move is a great “get off me” tool. The forward special is really useful against bosses to get some big damage in, but isn’t recommended against normal enemies. It leaves you far too vulnerable for other enemies to hit you as you recover in a crowded room. When you reach the third screen in the streets, you will encounter a sword-wielding enemy. Knock them out to grab their weapon, which for Ichiban turns into a plank of wood, and a bat for Majima. For Kiryu, it’s a giant traffic cone. Hold onto these for as long as you can, preferably until the first boss in front of Bacchus. Its range is really good, so use it to whack enemies at max range for as long as you can. The weapon will not break, and will only disappear if you get hit and drop it after extensive use, or after a throw. 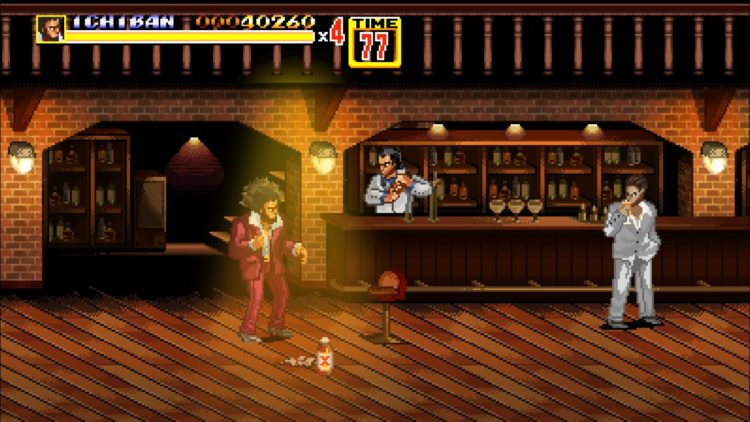 The jab dragon of Dojima

There are three bosses in Streets of Kamurocho, the first being Lau Ka Long in front of Bacchus. Use your weapon to take out his goons and then lure Lau so that his back faces the wall of Bacchus. Use a special move to knock him to the ground and then mash jab as he tries to get up. He will always hit you when he gets up, but your jab will interrupt him, allowing you to do a full combo. The damage he does to you is minimal, so it’s worth getting a full combo going. If you need extra health, break the top sign in front of the doorway.

In the bar, use the same strategy to stay left and take out enemies one by one. Don’t worry if your time goes low, it will reset to 99 seconds when you clear the screen. Make sure to break every table and barstool for money as well. At the end of the bar, Koji Shindo awaits you. The table near him contains a health pickup if you need it. Simply jump towards him using your down air attack — the flying knee drop — and when you land in front of him, jab to stun lock him to death.

In the final section, keep to the left and take out all of Akira Nishikiyama’s goons until only him and a couple are left. Take out the goons first before tackling Nishikiyama. He cannot be stun locked alike the other bosses, as he can interrupt you with his own invincible moves and throws. Your best bet is to keep your distance and poke him at the maximum range of your jab where he can’t easily interrupt you. When your jab connects, go into a full combo and end with a grand upper for big damage. If you need extra health, break the right trash can at the top of the screen. Repeat until he goes down and you have beaten Streets of Kamurocho. Keep going for higher scores with more waves of enemies. 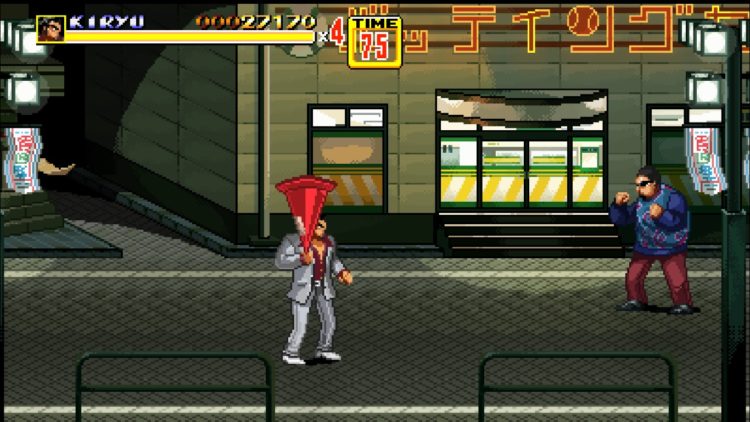 With that information you should be clearing rounds of Streets of Kamurocho like a speed-running champ in no time! Hopefully you downloaded the game already because as of right now, it is gone.