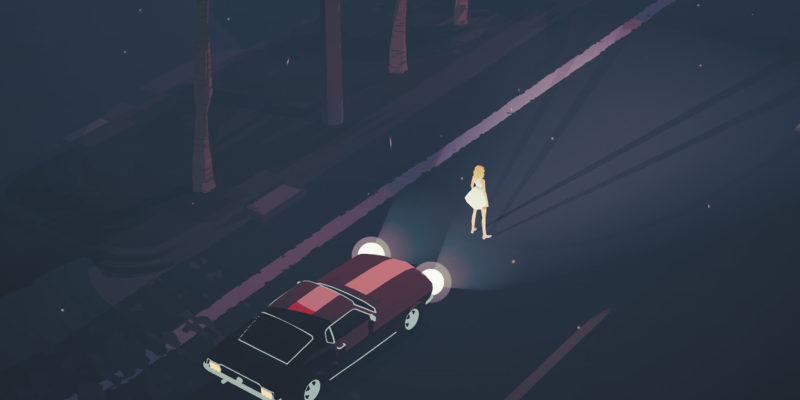 Dead Static Drive is a horror survival adventure developed and published by Fanclub. Mike Black, one of the developers (possibly the only developer), describes it as a comic book-styled, ’80s-themed driving horror game. Or, for his short version: Grand Theft Cthulhu. Dead Static Drive has been in development for many years now, and it has finally released an early teaser.

A road trip through the end of the world

You’re on the road when, suddenly, the world begins to fall apart around you. As order collapses and the world descends into chaos, you’ll need to rely on your wits, intuition, and skills to survive. Not that you’re getting out of this alive, of course. There’s no escape. All you can do is choose how you spend the time you have left.

The people you meet along the way are all fighting for their own survival. Some you can befriend. Others will betray you. Some aren’t even human anymore – if they ever were. You can sneak, scavenge, fight, barricade, and bunker-in as you make your bid to survive. Or you can just steal a car and drive off into the sunset.

Here’s a bonus video I dug up for you. It’s from five years ago and features Mike Black taking you through his thoughts about the development and design of the game. The world of Dead Static Drive looks less polished here than it does in the teaser trailer, unsurprisingly, but it gives you some good insights into what the game is all about. And it provides a few extra minutes of gameplay for you to check out.

The Dead Static Drive teaser trailer has done its job excellently. Consider me teased and excited. But the planned release date for the game is… sometime in 2020. Well, you can at least add it to your Steam wishlist so you’re notified when the game releases. We’ll also keep an eye on it for you. But for now, we wait.

Darksburg is coming to Steam Early Access on February 12