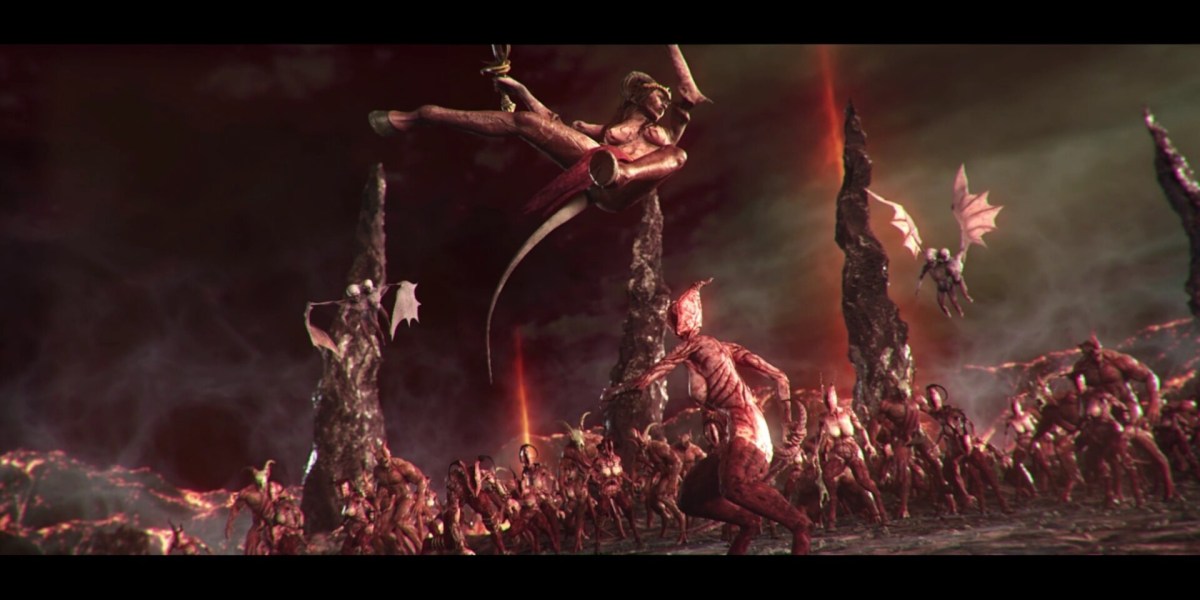 Succubus is out and is coming for your hard drive space. The game weighs in at a whopping 60 GB, making it one of the indie games with the largest install sizes around. And, while it is an indie, it also has some fairly demanding specs. Well, not that demanding, but more power than most non-AAA games require. Granted, this game has very good graphics and frequently has a large number of characters onscreen at once, so this shouldn’t be too much of a surprise.

Let’s take a gander at the game’s specs.

As you can see, my rig is quite close to the recommended, with a bit more power. Succubus runs decently for me, albeit with extremely variable performance on ultra. The framerate does drop into the 30s at times, but it can also soar into the 90s. It often jumps up and down by dozens of frames from moment to moment. It’s very unpredictable like that.

Importantly, running with a rig better than recommended didn’t necessarily lead to a solid 60 fps at 1440p, so that’s something to be aware of. Turning the shadows down makes the biggest difference if you’re looking to gain some frames. I honestly wasn’t even able to tell the difference between textures at ultra and low, either, as they both looked the same to me. I’m not sure if that’s a bug of some sort, or if it’s just down to game’s art style. The game also takes a bit of time to start up, greeting me with a black screen every time I go to start it. Anyway, here are the available graphics options. 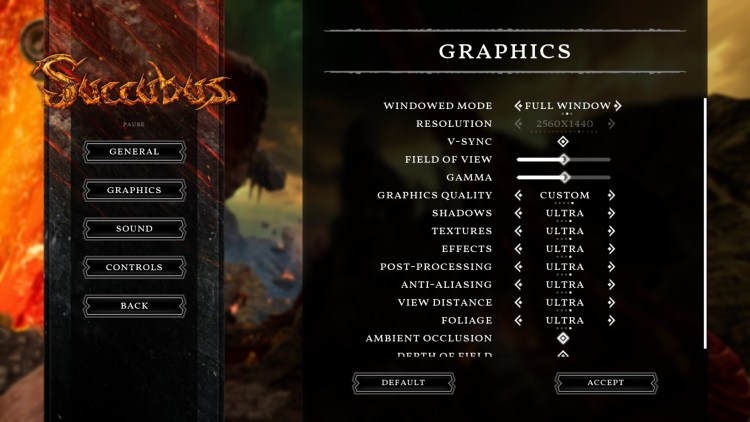 You’ve got borderless. Big shock, I’m sure. The FOV slider isn’t numbered, so that may be a bit of an annoyance to some. Settings range from low to ultra, with the shadows being the most noticeable setting. The foliage tab was surprising to me, as I don’t recall seeing much foliage at all. Succubus takes place in hell. You’re not going to find thriving vegetation. Turning the overall graphics quality down to low doesn’t actually seem to make that much of a difference in fps for me, which was surprising. I’m not sure what’s going on there. Let’s take a look at some comparison shots with settings at ultra and then low. 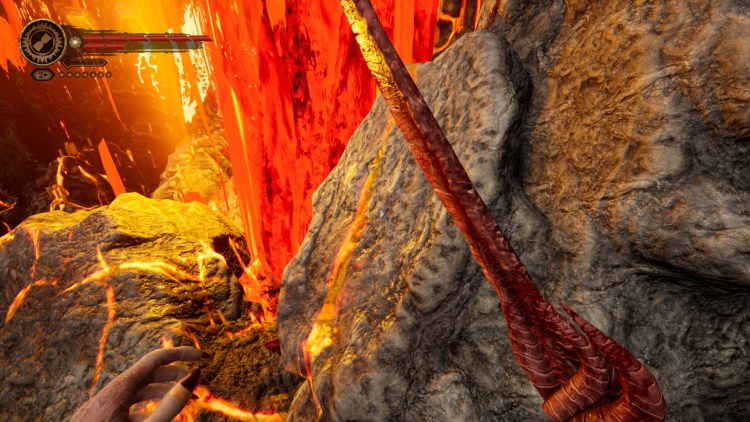 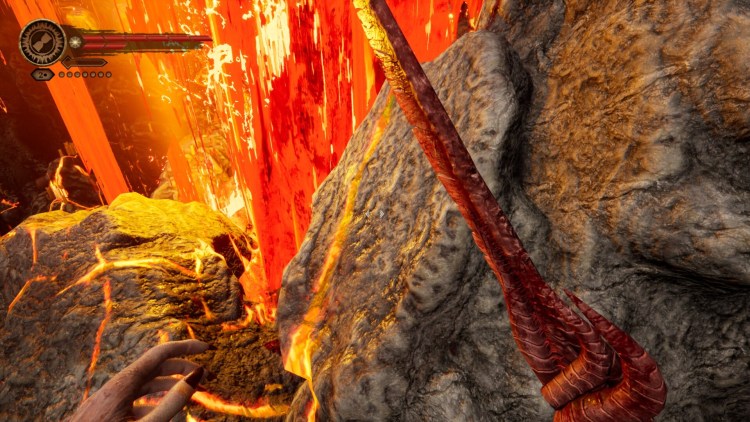 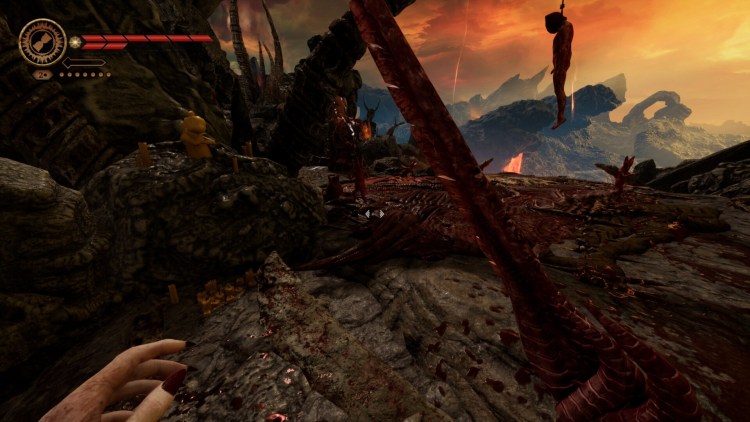 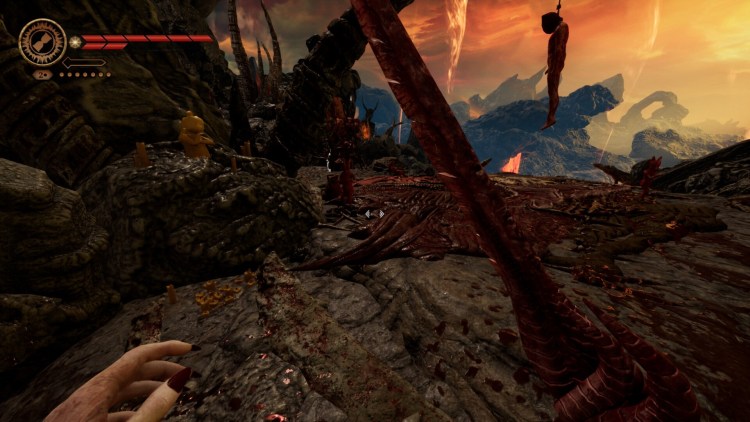 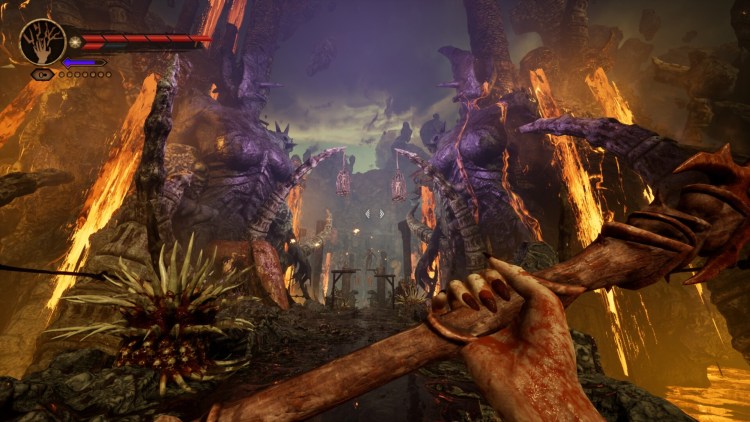 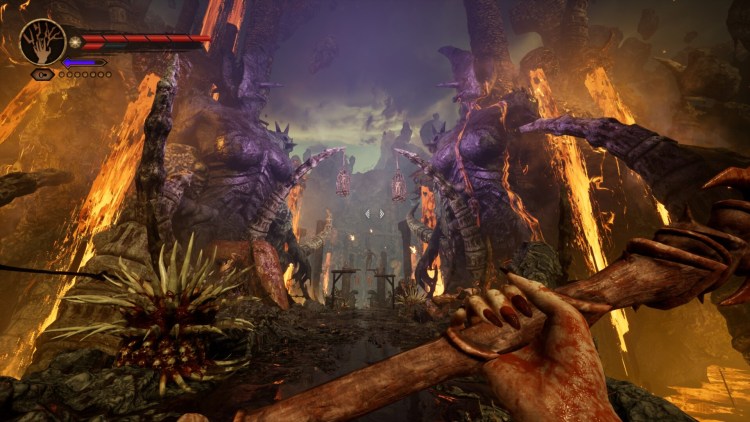 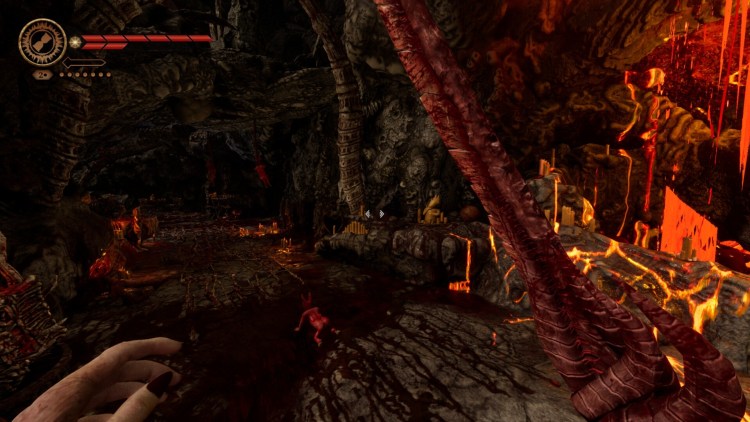 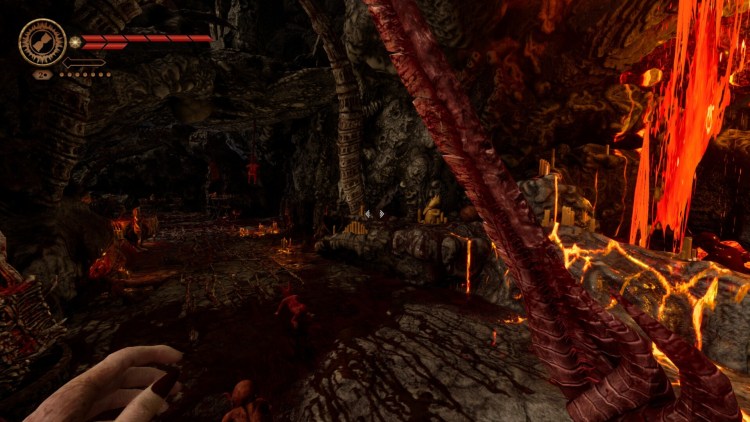 Not always much variance. Maybe the pre-launch version was a placeholder. Since Succubus is first-person, you’re obviously going to want to play it with a mouse. I will hear nothing else. But yeah, there’s also gamepad support. Keys can all be rebinded with ease as well, if you’re unhappy with where certain things are located. 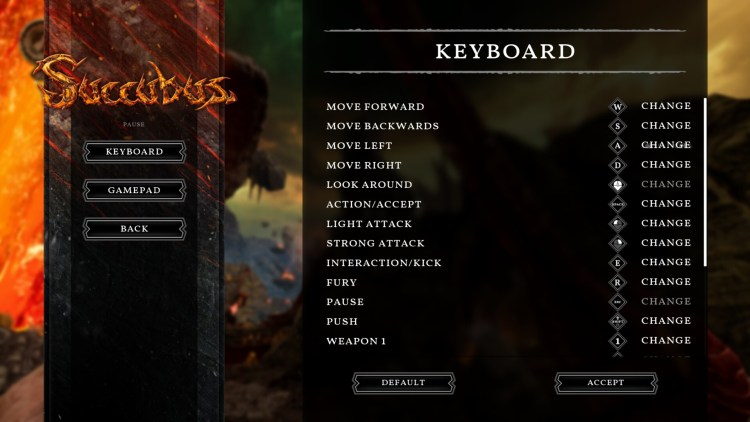 I’d like to see some optimization improvements in the coming weeks, as the fluctuating framerate is kind of weird. Then again, I got zero crashes and pretty much no weird issues while playing the game, so it seems stable to me. Not mentally, mind you, because some of it was horribly disturbing. But you get what I mean, we’re talking tech here.

By Andrew Farrell18 hours ago
Tech